Avdiivka industrial area remains the epicenter of combat, as militants widely use mortar launchers. “Harrassing fire” is their new tactics in the Mariupol sector. 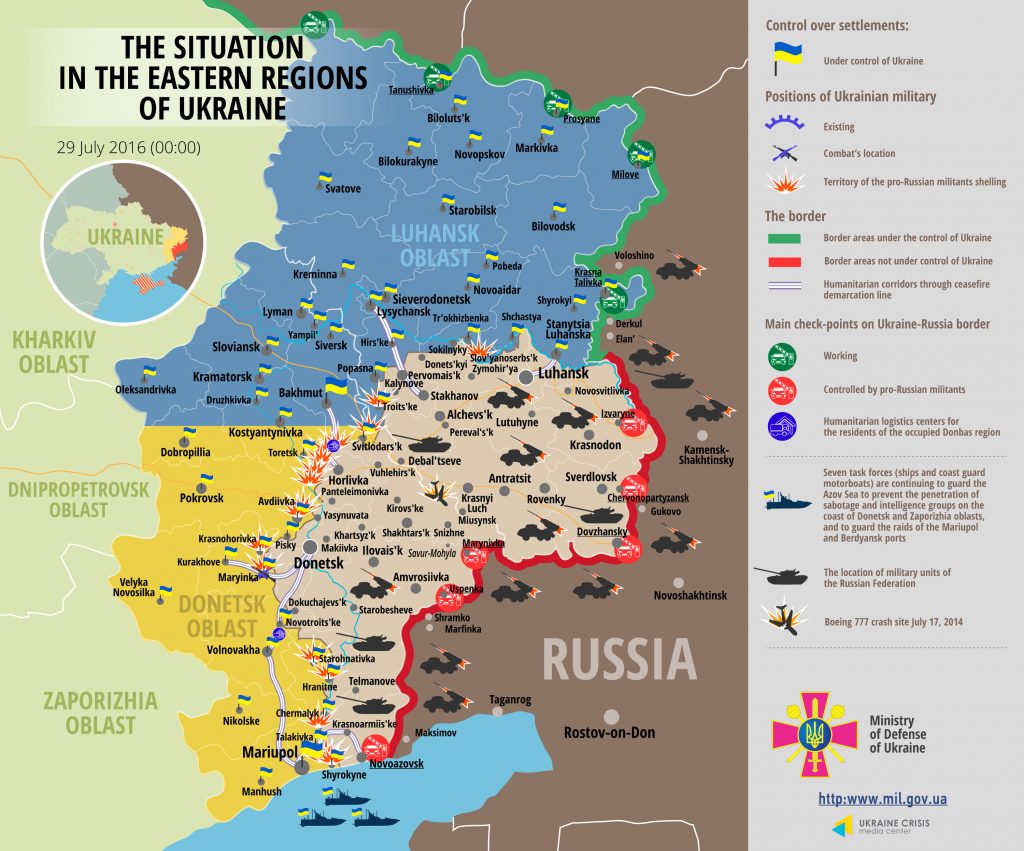 Avdiivka industrial area remains the epicenter of combat in the Donetsk sector. Militants’ attacks lasted from 10:00 a.m. to 9:00 p.m. without stop. The most intense firefights took place during the day. “The adversary was repeatedly using mortar launchers, launching over 30 mortar shells. The situation in the Donetsk airport was rather calm,” added Col. Lysenko. In total, militants conducted 33 attacks in the Donetsk sector yesterday, seven of these involved use of heavy armor.

The number of insurgents’ attacks totaled 20 in the Mariupol sector, four from heavy armor. One firefight took place too. Militants resume the tactics of systematic violation of ceasefire along the entire frontline. A series of mortar attacks took place in Mariinka. Furthermore, there was a firefight that lasted almost three hours. “Moreover, occupants used mortar launchers in Krasnohorivka and Vodiane. No heavy armor was used in the other frontline areas. Militants choose to deliver “harassing fire” from grenade launchers and small arms,” said the spokesman.

Militants used an unmanned aerial vehicle (UAV) in the vicinity of the Bakhmut road. Two UAVs more were observed in the Donetsk and Mariupol sectors.