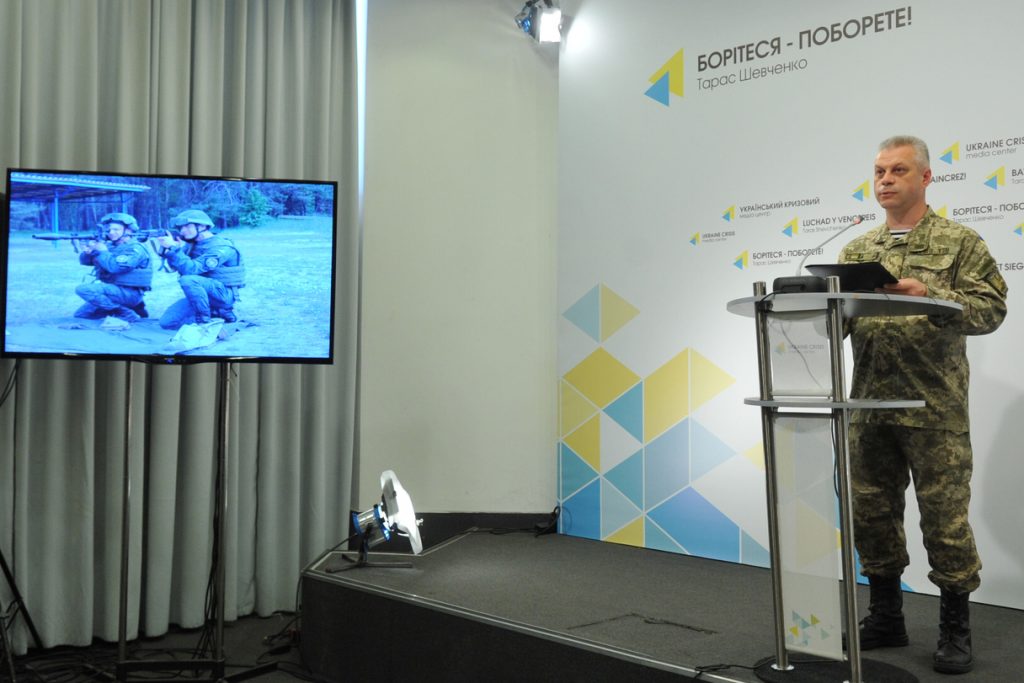 Militants launch 55 mortar shells within three hours in the Mariupol sector. In the Luhansk sector, they use APCs and snipers. Military intelligence informs that Russian troops on the temporarily occupied territories undergo rotation.

Kyiv, August 5, 2016. Ukrainian troops defeated an attack of militants’ subversive reconnaissance group in the Mariupol sector yesterday. “ATO forces defeated a hostile subversive reconnaissance group assault near Bohdanivka. About eight occupants set out to our positions under the cover of darkness. Having approached at a distance of 500 meters, militants started shooting. Ukrainian troops responded with fire at once,” said the spokesman of the Presidential Administration on ATO related issues Colonel Andriy Lysenko at a press briefing held at Ukraine Crisis Media Center. 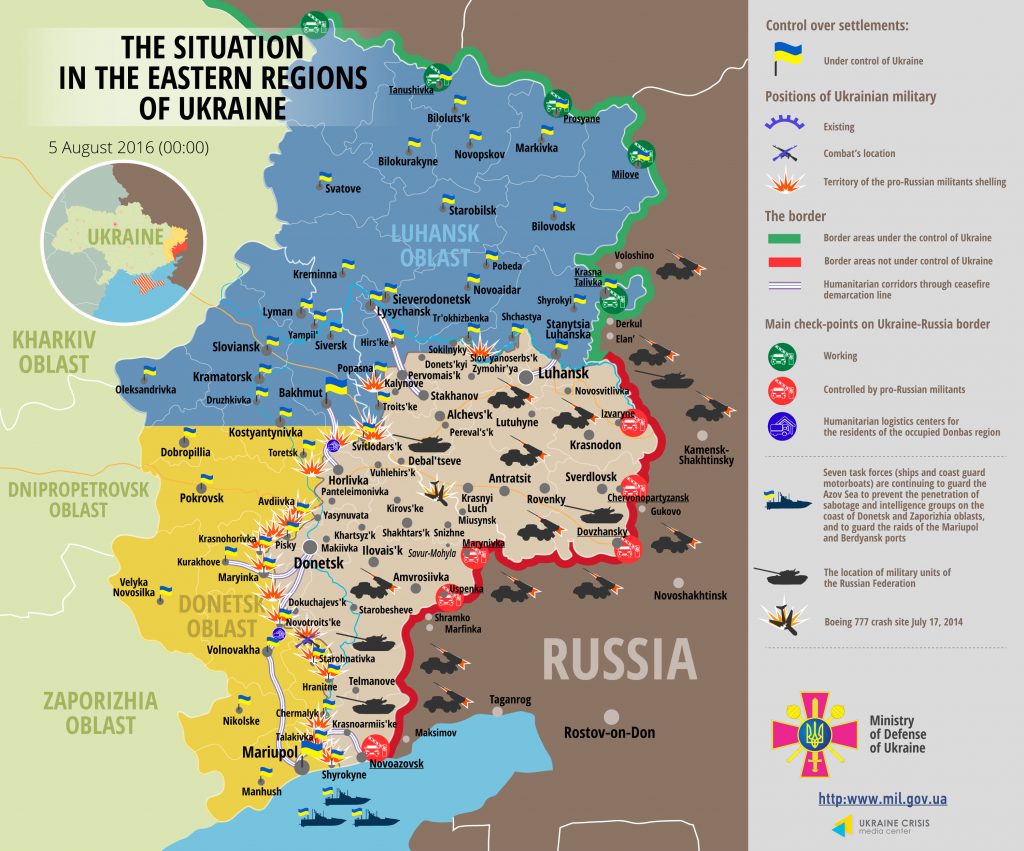 Militants started intense mortar attacks at Ukrainian defensive lines just after midnight. 55 mortar shells were launched at Ukrainian positions within three hours. Moreover, Russia-backed militant groups delivered mortar fire in Pavlopol and Shyrokyne. “Occupants violated the ceasefire along the entire frontline several times during the day. In total, one firefight and 18 hostile attacks took place in the Mariupol sector, five of them involved use of heavy armor,” added the spokesman.

Militants violated the ceasefire two times in the Luhansk sector in Lopaskyne and Novozvanivka. Both attacks were comparatively brief. Despite the overall decrease in the intensity of the hostilities, militants repeatedly shot from mortar launchers along the entire frontline – in Zaitseve, Avdiivka and Nevelske. “It happened between 8 and 10 a.m. and 5 and 8 p.m. – both during the day and the hours of darkness,” elaborated Col. Lysenko. Moreover, the situation was extremely restless in Luhansk, where militants’ attacks continued for about two hours. Armored personnel carrier and snipers were used. 21 militants’ attack took place in the past 24 hours in the Donetsk sector, eight incidents involved use of heavy armor.

Militants used three unmanned aerial vehicles in the Luhansk sector. “According to the military intelligence, activity of the newest Russian signals intelligence system ‘Zoopark-1’ was registered on the western outskirts of Horlivka,”said Col. Lysenko. Five militants died yesterday and three were wounded. “These losses were incurred by the so-called 3rd brigade, 9th and 11th regiments,” added the spokesman.

According to the Chief Intelligence Directorate of the Ministry of Defense of Ukraine, rotation of Russian contingent took place in Donbas. Military personnel of two company combat teams of the 18th separate motorized rifle regiment of the 58th army (homebase stanytsia Kalinovskaia, Chechnia). “These units are deployed in the occupied territory of Donbas in Donetsk and Krasnyi Luch. Moreover, up to 80 troops from the 3rd separate special mission brigade of the Russian Military Intelligence of the Armed Forces of Russian Federation (homebase – Toliatti) arrived to Kadamovskiy training area located in Rostov region 50 km from the Ukrainian border. They will be redeployed to Donetsk in the near future for the purpose of rotating other subdivisions of the same brigade,” said Col. Lysenko. It was the same 3rd brigade where Russian troops Yerofeev and Aleksandrov served. They were detained by Ukrainian troops in May 2015.