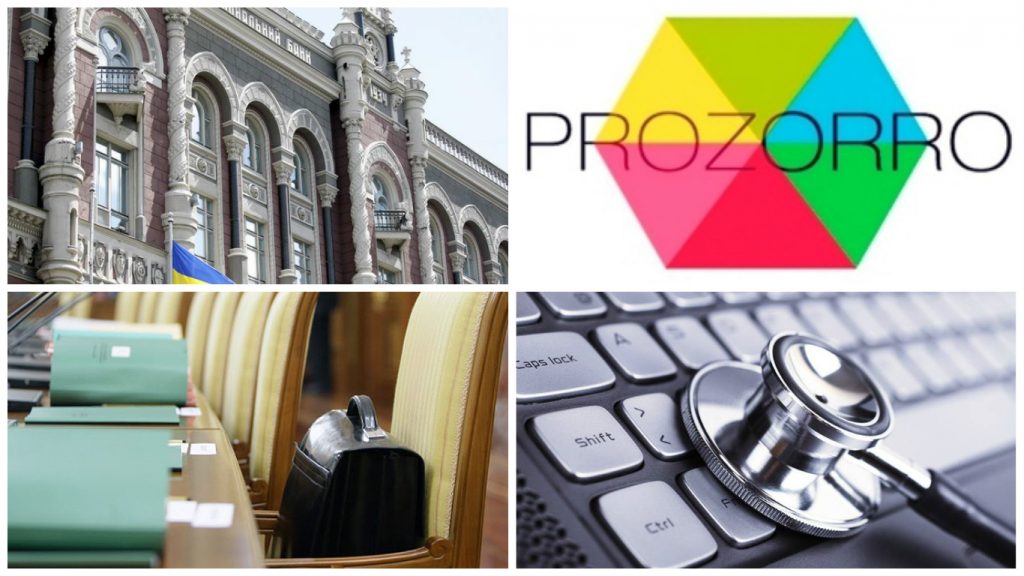 The International Monetary Fund (IMF) again postponed consideration of the Ukrainian issue. On the agenda –getting the next tranche that would allow to balance Ukrainian budget and then – support the hryvnia. This means receiving of USD 17 billion, of which the country has received only USD 5 billion, and has been expecting the second tranche of USD 1.7 billion since March 2016.

The reasons for postponing consideration of the Ukrainian issue by the IMF Board of Governors have not been officially pronounced, but off records both Ukrainian and Western experts say that the reason is failure to launch electronic declaration. The basic element of anti-corruption reform aimed at prevention of corruption in government and public sector will suffer the plight again: the attempts to soften the conditions of its launch have already cost Ukraine postponing a decision on visa-free regime with the EU. The electronic register of declarations is expected to take effect from September 1, 2016. Therefore, IMF is likely to revert to the Ukrainian question then. It is imperative for the country that this issue be resolved before the heating season and the active phase of the budget process.

But so far the National Bank of Ukraine demonstrates confidence and once again resorts to measures of currency liberalization. This time it refers to removing the requirement to obtain a cost examination certificate from an authorized state agency. According to the plan, the document will confirm compliance of contract prices for services with market prices. But in fact, it became an obstacle to business and contained corruption risks. Therefore, the rudiment was eliminated.

The decision of the National Bank to remove the requirement to obtain a cost examination certificate –http://goo.gl/q7cMws

Customers admitted:  ProZorro public procurement system significantly reduces the risk of corruption in tenders connected with distribution of funds in state and local budgets. This assessment of the system was given by 80 per cent of companies that sell goods and services in ProZorro. However, 29 per cent of companies admit that they still face attempts of corruption during public procurement. For its part, the Ministry of Economic Development and Trade urges businesses not to keep silent but to inform the Antimonopoly Committee of Ukraine of any discrimination during the bidding.

The most anticipated and the most difficult reform that covers all areas of social and political relations in Ukraine is going through turbulent times: unmasking of judges and bribe-taking rectors, large-scale special operations. Recently, the list has been extended due to clarifying the relationship between the National Anti-Corruption Bureau of Ukraine (NABU) and the Prosecutor General’s Office. The situation was described as emergency. But it is symptomatic that public confidence is on the NABU side. And it is probably for the first time in Ukraine when the public advocates a law enforcement body set up to combat corruption. Another front of this reform – National Agency for Prevention of Corruption (NAZK) – cannot boast such public support yet. In fact, NAZK led to failure to launch the electronic register of declarations.  Law “On Prevention of Corruption” specified the date as August 15. But this did not happen. Moreover, the events around launching the register permitted the public to see conspiracy in government agencies with the purpose of discrediting the very idea of ​​launching electronic declaration. The rules for launching and operating this register were formed with the support of the European community. Its launch considerably reduces the chances for corruption officials to remain in office.

On the relations between law enforcement agencies whose purpose is to fight corruption-  http://goo.gl/k2s7UK

The decision to change the date of launching the electronic register of declarations- http://goo.gl/hVvx8t

Timeline of events around the launch of the electronic register of declarations-http://goo.gl/hVvx8

The exposed facts of corruption – http://goo.gl/koz1Ir

One of the basic and long-term reforms is gradually progressing. The government announced the first competitions for positions of heads of central executive bodies – the so-called category “A”. It refers to the positions of heads of two state agencies and two services. Under the new Law “On civil service”, the competitive selection will be carried out by the Committee of Senior Civil Service. According to the results of the open competition, the committee will recommend candidates for appointment, whereas previously this question was a prerogative of politicians and personified a political compromise. This practice conforms to European standards which are the basis of the new Law “On civil service”.

The Government’s decision to declare a competition for the posts of heads of central executive bodies –http://goo.gl/NYMMAA

The government took another step to conform service to the Ukrainian state to the European standards. This refers to decent pay. The Law “On civil service” stipulates that civil servants receive salaries from the state budget, as well as from the international donors’ funds. The latter option required specification – the government finally did it by setting the appropriate order. Thus, the government has stipulated two mechanisms to raise funds for these purposes: through a complex scheme of distribution of funds provided within the framework of the general grant which will be administered by the Finance Ministry or each ministry may seek donor programs to finance specific reforms. Currently, the procedure is being discussed.

The use of funds received by the state budget within the framework of the assistance programs of the European Union, foreign governments, international organizations, donor agencies, for salaries of civil servants –http://goo.gl/GHkRJw