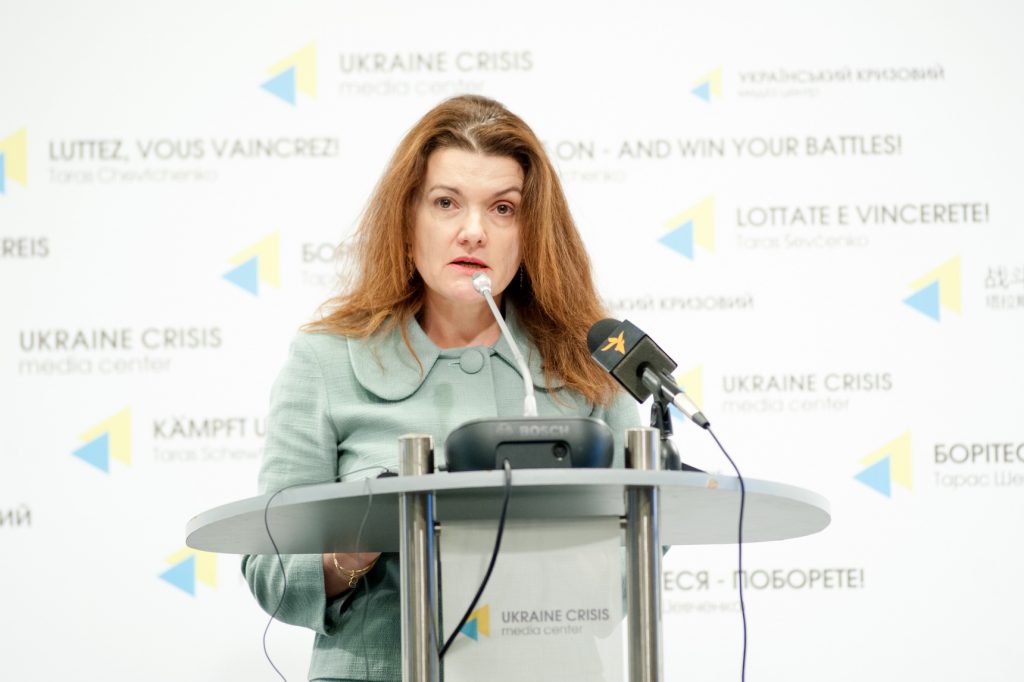 To attention of all media:

It was brought to our attention that  the statement made by head of the UN Human Rights Monitoring Mission, Ms. Fiona Frazer on 15 September was translated wrongly from English into Ukrainian (8:44-9:35 of the video), which has led to factual errors and differs from the original statement. Below is English version of the statement, which are accurate as delivered. The bit that was factually incorrect due to interpretation is highlighted in bold and underlined.

We would appreciate if you could correct these errors in your media reports.

I am pleased to present today the 15th report of the Office of the High Commissioner for Human Rights on the human rights situation in Ukraine. This report covers the period from 16 May to 15 August 2016. Many of the human rights issues and trends highlighted in the report continue to be very relevant today.

Thank you. I am happy to answer any questions.