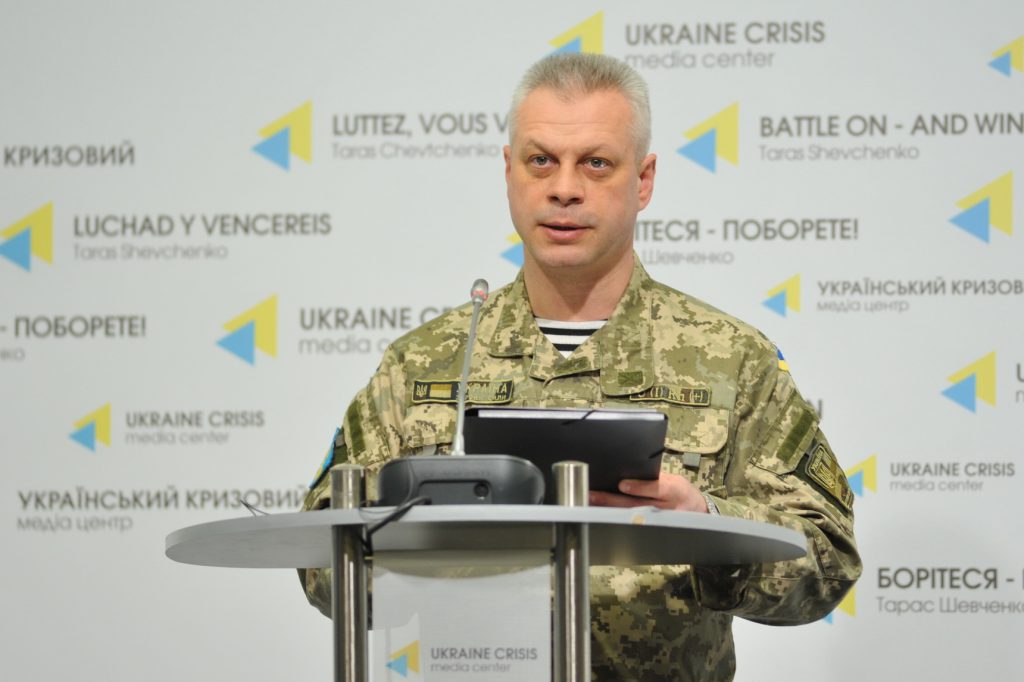 Militants are using mortar launchers along the entire contact line in the Mariupol sector. The smallest number of attacks registered in the Donetsk sector.

Kyiv, October 16, 2016. Militants were shelling Ukrainian troops in the Luhansk sector using heavy armor. Number of launched missiles amounted to 80 pieces. Russia-backed militant groups were actively using armor and 122-mm cannons. Militants’ ceasefire violation was registered in Stanytsia Luhanska and Zhovte in the vicinity of Shchastia, said the spokesman of the Ministry of Defence of Ukraine on ATO related issues Colonel Andriy Lysenko at a press briefing at UkraineCrisis Media Center. “In total, 19 hostile attack took place in the Luhansk sector yesterday, eight of them involved use of heavy armor,” he added. 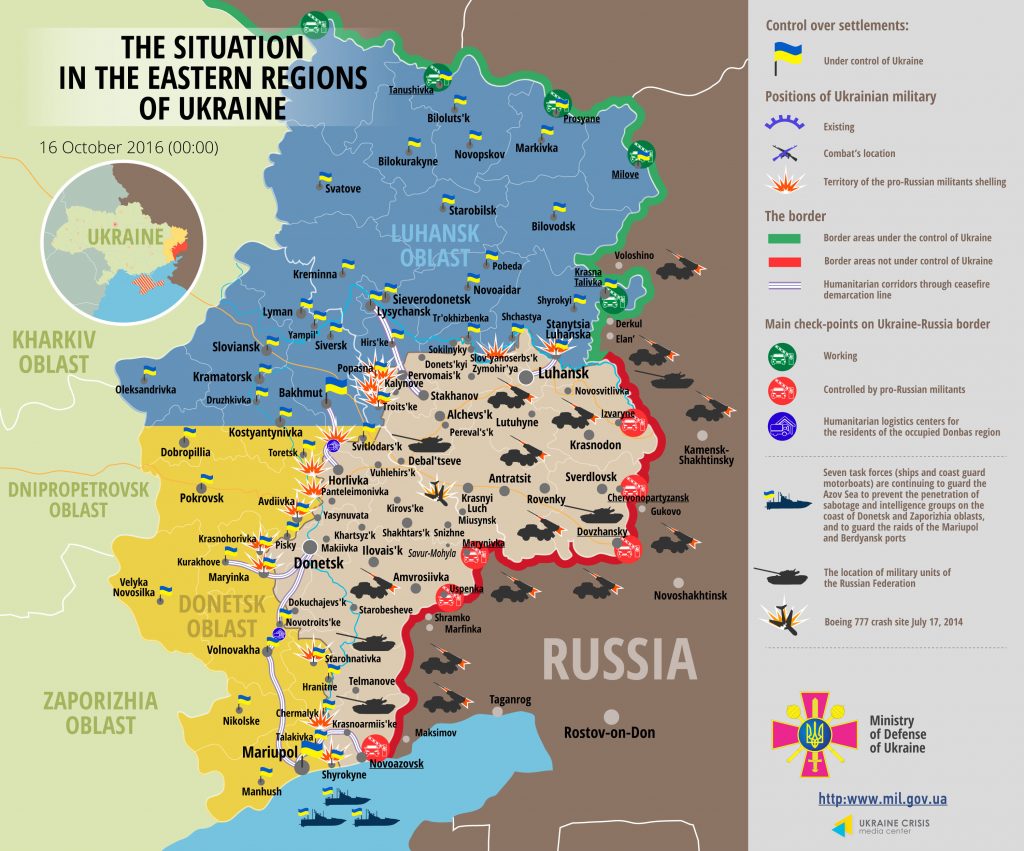 Col. Lysenko informed that the smallest number of militants’ attacks, like earlier, was registered in the Donetsk sector. “At the same time, they were quite lengthy, not less than half an hour. Occupants periodically violate the ceasefire along the entire frontline, with the exception of the Donetsk airport. Militants used mortar launchers after the sunset in Zaitseve and Verkhniotoretske,” said the spokesman. In total, militants delivered six attacks in the sector, and two of them involved use of heavy armor.

Major hostilities in the Mariupol sector continued in two frontline areas – Krasnohorivka-Mariinka and Pavlopil-Shyrokyne. “As a result of hostile attacks at Mariinka, roofs and windows of five local houses were damaged. No civilians were injured,” said Col. Lysenko. According to him, militants were using mortar launchers along the entire frontline, launching about 160 mortar shells. A flight of militants’ unmanned aerial vehicle took place in the vicinity of Vodiane. In total, Russian proxies shelled Ukrainian positions 18 times in the Mariupol sector, using heavy armor seven times.

Col. Lysenko informed Ukrainian Armed Forces incurred no losses in combat yesterday, and two servicemen were wounded in Mariinka as a result of militants’ mortar attack.

Militants sustained confirmed losses in the past 24 hours: one militant dead and four wounded. These losses were incurred by so-called 9th regiment (Novoazovsk) and 11th regiment (Makiivka). “Moreover, Ukrainian military intelligence reports that 23 heavily wounded militants are in Novoazovsk district hospital at present, and 28 corpses of dead militants from Russian occupation contingent are in the morgue,” added Col. Lysenko.