Militants conducted a series of intense lengthy mortar attacks in the Donetsk sector. They launched 60 mortar shells at Ukrainian positions, said the spokesman of the Ministry of Defense of Ukraine on ATO related issues at a press briefing at Ukraine Crisis Media Center. All attacks were quite lengthy and lasted at least 30 minutes.  “A firefight between ATO troops and militants took place yesterday in Semyhiria south of Svitlodarsk. The fight lasted about 15 minutes,” added Col. Lysenko. In total, militants conducted one firefight and six attacks in the Donetsk sector in the last 24 hours, and five of them involved use of heavy armor.
Militants shelled Ukrainian positions seven times in the Luhansk sector. For instance, hostilities took place in Stanytsia Luhanska area, Triokhizbenka, Orikhove and Popasna districts. “The longest attack took place in Stanytsia Luhanska,” said Col. Lysenko. In total, seven militants’ attacks took place in the Luhansk sector yesterday, and one involved use of heavy armor. 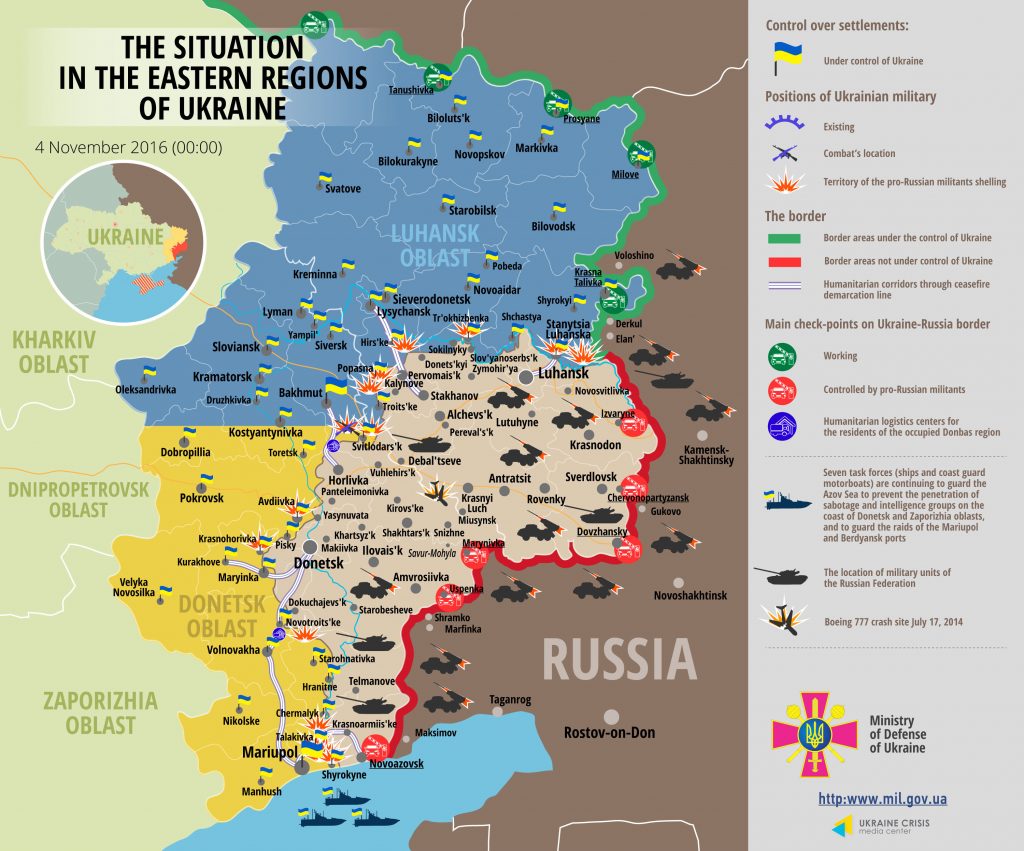 One Ukrainian serviceman was killed in combat in the last 24 hours, and two troops were wounded. A serviceman wounded earlier in fight died in a hospital in Zaporizhzhia.

Russian proxies were actively using mortar launchers and snipers in Krasnohorivka and Pavlopil -Shyrokyne frontline area in the Mariupol sector. Ukrainian troops responded with fire many times. In total, 17 militants’ attacks took place in the Mariupol sector yesterday, and heavy armor was used in four of them.
According to Ukrainian military intelligence, a multifunctional electronic warfare system Rtut-BM made in Russia was moved from Donetsk toward Oleksandrivka.