Militants conducted the most intense attack in the Luhansk sector in the city of Stanytsia Luhanska, informed the spokesman of the Ministry of Defense on ATO related issues Colonel Andriy Lysenko at a press briefing at Ukraine Crisis Media Center. “Occupants were shooting more than three hours non-stop, using mortar launchers and armor,” emphasized the spokesman. Militants also were active in the vicinity of the Bakhmut road. Russia-backed militants repeatedly used mortars and a tank in Sokilnyky-Krymske frontline area. Hostilities took place in the Popasna district too. 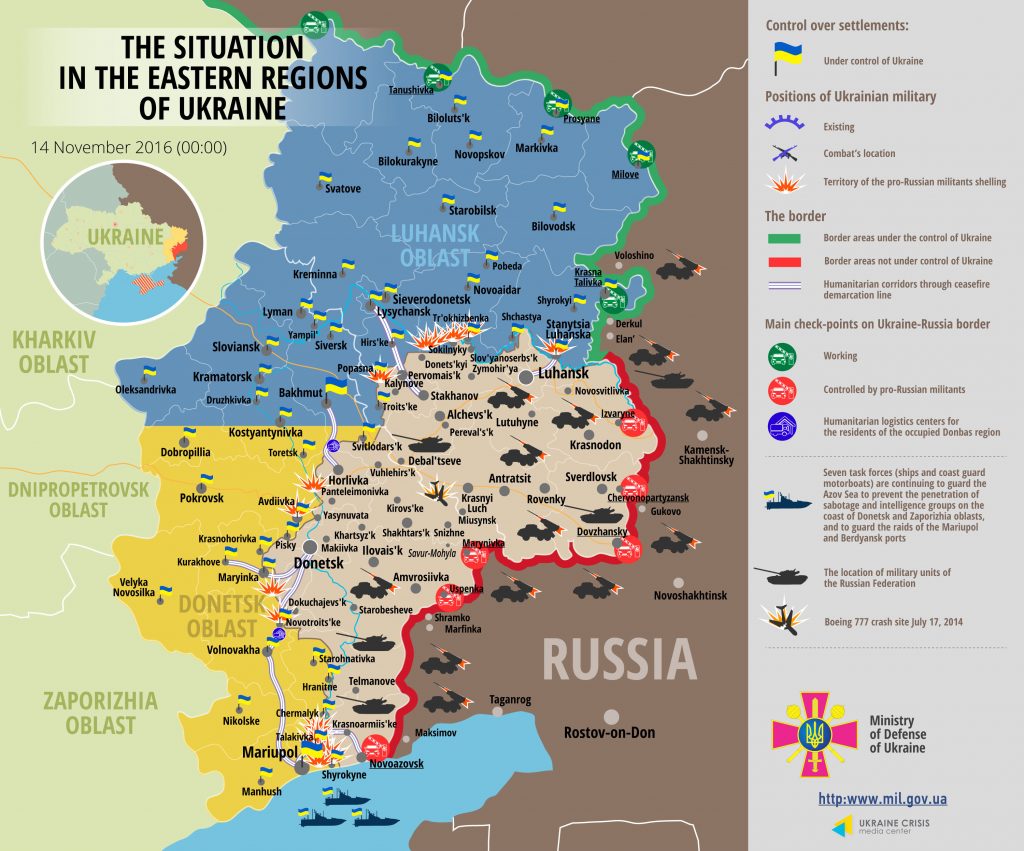 Combat activities in the Donetsk sector took place only in Avdiivka industrial area. Militants used mortar launchers during each attack, shooting almost 70 shells at Ukrainian positions. “All attacks lasted between one to three hours each,” said Col. Lysenko.

Ukrainian Armed Forces incurred no losses in combat yesterday. One serviceman was wounded in Avdiivka in a militants’ shelling.

Ukrainian investigators found an unexploded charge for Russian-produced Smerch multiple launch rocket system in Berezove village in Donetsk region. “A 300-mm missile with a multiple charge warhead with fragmentation elements is made only in Russia, and these are only career soldiers that can operate such equipment,” explained Col. Lysenko.