Main hostilities in the Luhansk sector were in Popasna district, while Luhanske, Novhorodske and Opytne became flashpoints in Donetsk sector. The Security Service of Ukraine prevents ammunition smuggling to peaceful areas.

Militants launched over 60 mortar shells and 14 shells from 152-mm cannons at Ukrainian positions in the Mariupol sector, said the spokesman of the Ministry of Defense of Ukraine on ATO related issues Colonel Oleksandr Motuzyanyk at a press briefing at Ukraine Crisis Media Center. “Combat activity continued in Mariinka, near Dokuchayevsk and in the seaside area (south),” said Col. Motuzyanyk. In total, militants made 24 attacks in the Mariupol area in the past 24 hours, and seven of them involved use of heavy armor. 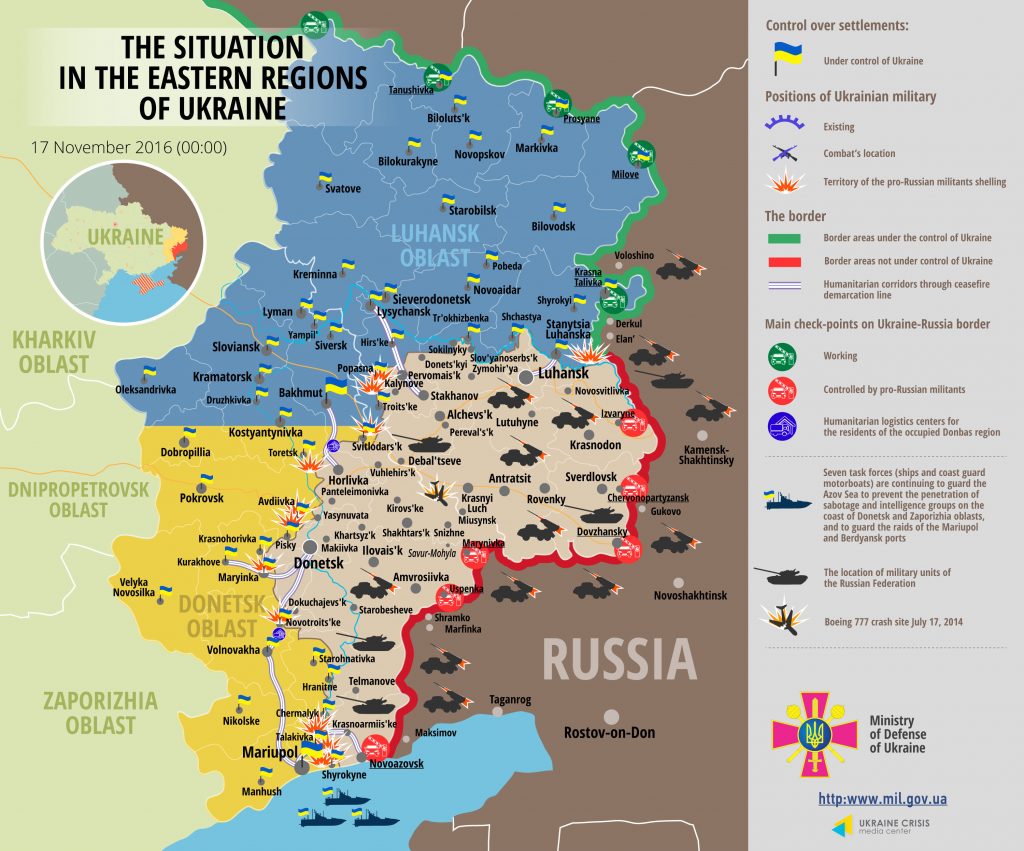 Main hostilities in the Luhansk sector took place in Popasna district. Most attacks took place between 8 and 10 p.m., and militants used heavy arms in all cases.

“Moreover, insurgents made two provocations in the east of Stanytsia Luhanska district,” added the spokesman. In total, eight attacks took place in the Luhansk sector yesterday, and eight of them involved use of mortars.

Two lengthy and intense attacks at Ukrainian positions took place in the Avdiivka industrial area in Donetsk sector yesterday. In total, they lasted almost eight hours, and Russian proxies were actively using mortar launchers and armor. According to Col. Motuzyanyk, more attacks took place in other flashpoints – Luhanske, Novhorodske and Opytne, one attack in each place. In total, militants conducted five attacks in the Donetsk sector in the last 24 hours, and three of them involved use of heavy armor.

One Ukrainian serviceman died in combat, and one was wounded.