Five hostile attacks took place in the Donetsk sector yesterday, and Krymske sustained the biggest number of attacks in the Luhansk sector. Mortar launchers and tanks were used.

Militants make four attacks took place in the Mariupol sector yesterday, two of them involved use of heavy arms, informed the spokesman of the Ministry of Defense of Ukraine on ATO related issues Colonel Andriy Lysenko at a press briefing at Ukraine Crisis Media Center. Militants carried out an intense attack from a tank and a mortar launcher in Krasnohorivka. “Moreover, militants’ snipers were shooting in Novotroitske, and an intense mortar attack took place in Vodiane. 24 mortar shells were launched at Ukrainian positions,” said Col. Lysenko. 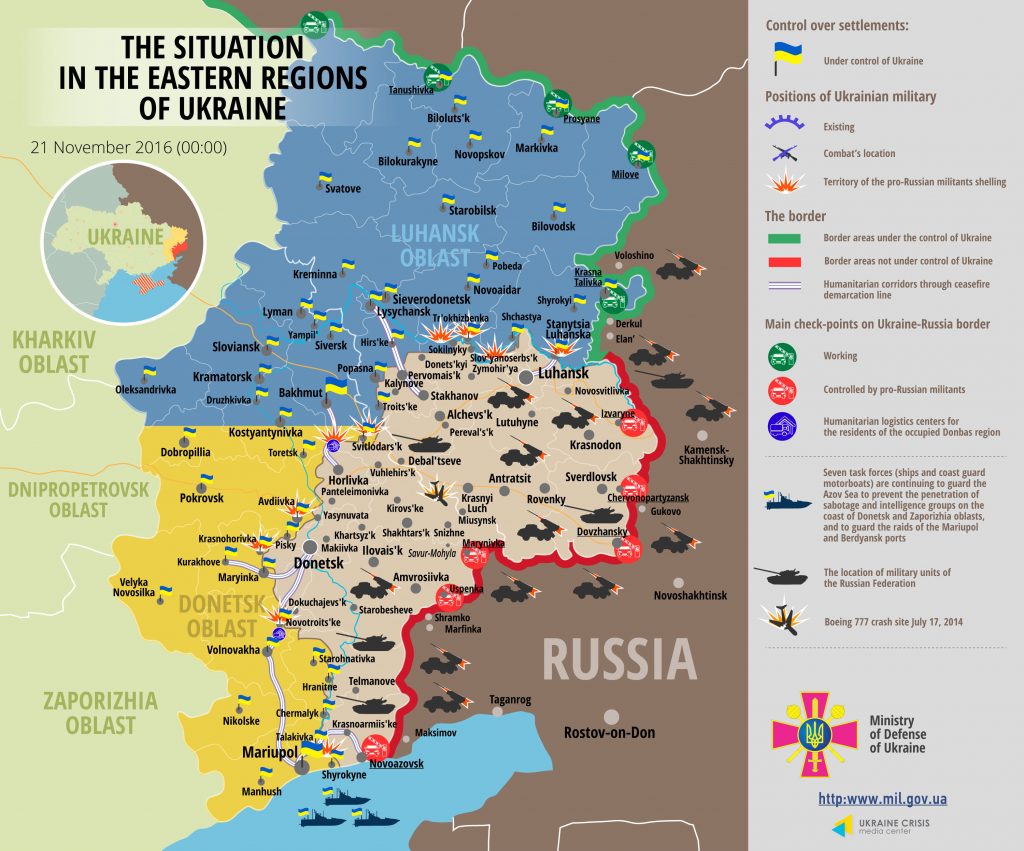 Ukrainian positions were also attacked in Triokhizbenka in the Luhansk sector at 10 a.m. “The fight lasted 20 minutes and was successful for Ukrainian troops,” said Col. Lysenko. The biggest number of militants’ attacks took place in Krymske, and a mortar launcher was used during one of the attacks. “Moreover, occupants violated the armistice in Makarove near Stanytsia Luhanska and Zhovte,” added the spokesman. In total, five hostile attacks took place in the Luhansk sector, namely one attack from heavy armor and one firefight.

Five hostile attacks took place in the Donetsk sector yesterday, and one of them involved use of heavy armor. Hostilities continued in Luhanske, Zaitseve and Avdiivka. “Militants’ attacks lasted between 30 to 90 minutes. Militants used mortars once,” said the spokesman.