Attacks of the militans last longer than previously, yet there is aread in Donetsk sector where armistice held, Ukraine suffers casualties.

In the Donetsk sector hostilities took place in three flashpoints – Zaitseve, Avdiivka and Butivka coal mine position.  The first attack took place at the sunrise in the Avdiivka industrial area, and was the most intense, as it continued for over 100 minutes, said Col. Andriy Lysenko, spokesman of the Ministry of Defense of Ukraine on ATO related issues at a press briefing at Ukraine Crisis Media Center. “Russian proxies were intensively using mortar launchers, emphasized Col.  Lysenko. The armistice held at the Svitlodarsk bulge yesterday. In total, four militants’ attacks took place in the Donetsk sector yesterday. 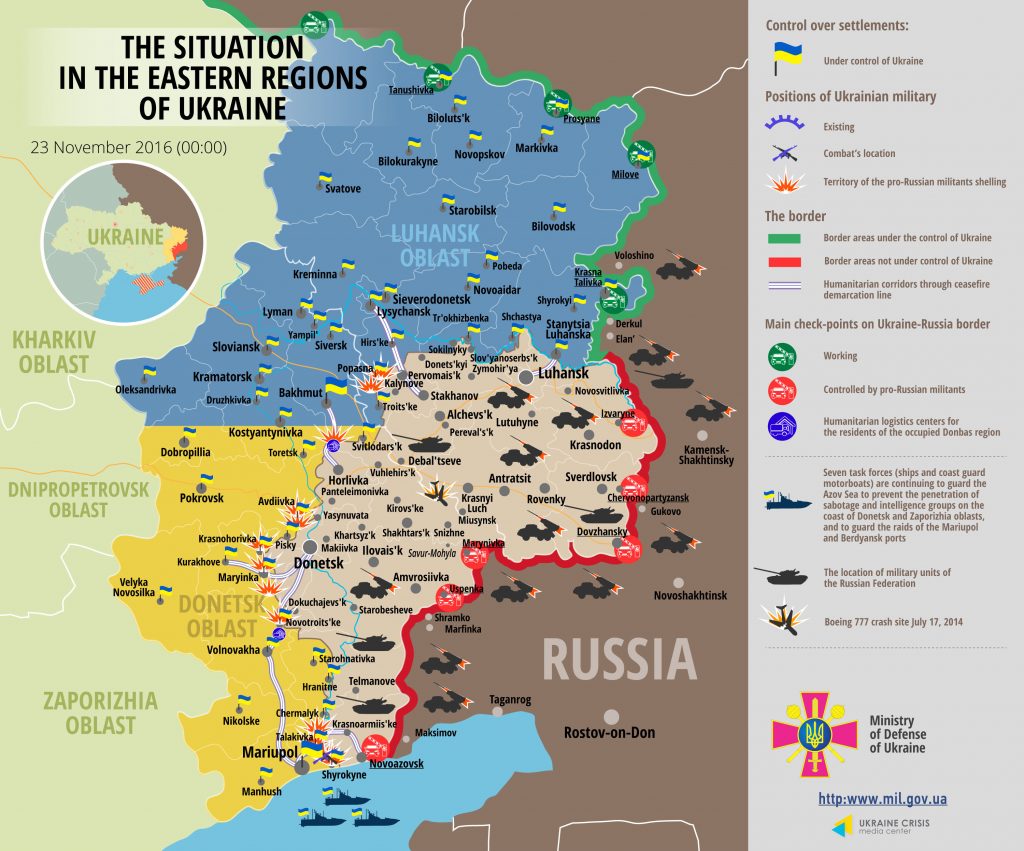 A firefight took place in Vodiane in the Mariupol sector between Ukrainian troops and militants.  The fight continued over three hours.  “Later occupants fired from a 122 mm cannon in the same place,” added the spokesman. The situation was also restless in Krasnohorivka, Mariinka, Taramchuk and Shyrokyne. According to Col. Lysenko, militants fired five times from a “Partizan” rocket launching system. In total, one firefight and 16 militants’ attacks took place in the Mariupol sector, and nine of them involved use of heavy armor.
One Ukrainian serviceman died in combat yesterday, and three were injured.