In the Mariupol sector of the combat zone Russia-backed militants were making attacks from heavy weapons including mortars and tank-mounted weapons. Attacks took place in the area of Maryinka and near the Sea of Azov. Thirty seven mortar mines and five tank shells were fired upon Ukrainian positions, said Colonel Andriy Lysenko, spokesman of the Ministry of Defense of Ukraine on ATO-related issues at a press-briefing at Ukraine Crisis Media Center. “Highest number of hostile attacks was registered in Shyrokyne. Militant snipers were active,” noted Colonel Lysenko. Militants made a total of 21 attacks in the Mariupol sector over the last day, five of them included the use of heavy weapons. 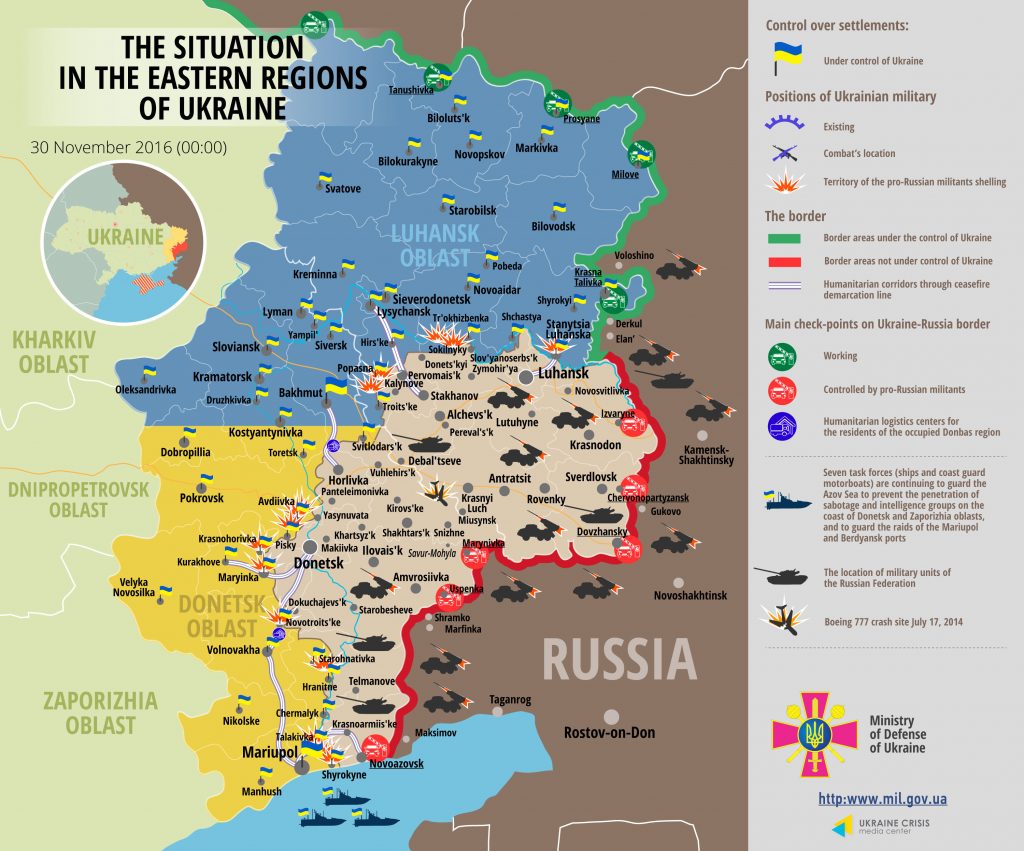 One Ukrainian serviceman was killed in action over the last day, two were wounded in action.

In the Donetsk sector two incidents of massive fire exchange took place in Avdiivka’s industrial zone at dawn and in the evening. Mortars were actively used in the attacks. Thirty four mines were fired upon Ukrainian positions. “Militants also violated ceasefire in nearby areas: in Kamyanka and Opytne. It was quiet at the Svitlodarsk salient and outside Horlivka yesterday,” added Colonel Lysenko. A total of four militant attacks were registered in the Donetsk sector over the last day, two of them involved the use of heavy weapons.

Ukrainian intelligence reports the incident in which a militant “brigade” was disarmed. “Command of the so-called ‘2nd army corps’ of the Russian-occupation troops using personnel of the 2nd company of the so-called ‘7th brigade’ disarmed a unit of occupational police forces in Alchevsk-Stakhaniv agglomeration over which Plotnitsky (militant leader) as well as his command lost control,” said Colonel Lysenko.