Number of militants’ attacks in the Mariupol sector was three times higher, than the corresponding number in the other sectors together.

“The most intense attack took place in Novohryhorivka where occupants used at least 122 mm artillery battery,” said the spokesman of the Ministry of Defense of Ukraine on ATO related issues Colonel Oleksandr Motuzyanyk at a press briefing at Ukraine Crisis Media Center. Militants are using heavy arms – mortar launchers, cannons and tanks along the entire front line – in Mariinka district, Novohryhorivka and at the coastal areas. 74 artillery and tank shells and 112 mortar shells were launched at Ukrainian positions. In total, 23 militants’ attacks took place in the Mariupol sector yesterday, and 11 of them involved use of heavy arms. 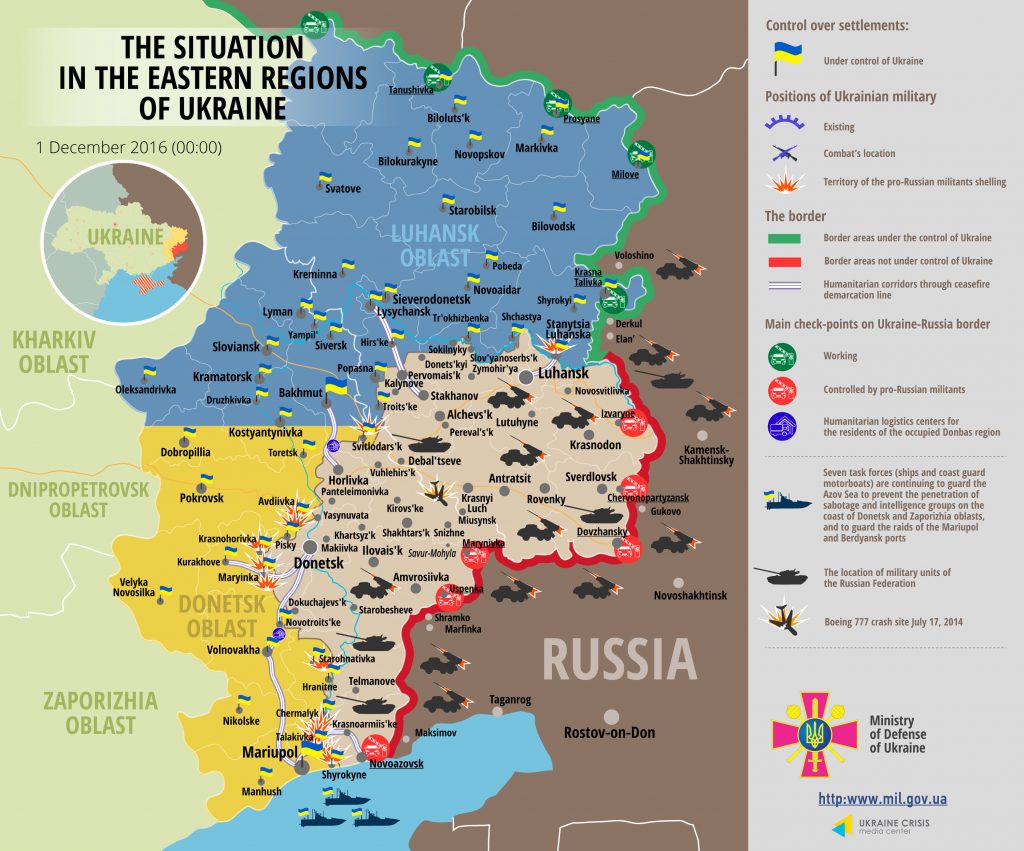 Ukrainian Armed Forces incurred no losses in combat yesterday, and two troops were injured.  “Moreover, another serviceman was heavily wounded in the frontline area as a result of tripping an explosive device,” added the spokesman.

Hostilities in the Luhansk sector continued only in Stanytsia Luhanska yesterday. Militants organized two attacks at Ukrainian positions lasting 20 minutes each – right after the midnight and late at night. “No heavy weapons were used,” said Col. Motuzyanyk.
In the Donetsk sector Russia-backed militants started shelling Ukrainian positions in Avdiivka, Butovka coal mine and Luhanske. “The situation is the most restless in the Avdiivka industrial area,” informed Col.  Motuzyanyk. In total, militants attacked five times in the Donetsk sector yesterday, and used mortar launchers twice.