Militants pursue the tactics of point attacks at key Ukrainian psitions, yet armistice held in one area of the frontline in the Luhansk sector.

In the Mariupol sector mortar attacks of Russian occupational troops continue along the entire frontline. Total number of mortars launched at Ukrainian positions approximates 80,” informed the spokesman of the Ministry of Defense of Ukraine on ATO related issues Colonel Oleksandr Motuzyanyk at a press briefing at Ukraine Crisis Media Center. Moreover, they are actively using armor. “The biggest number of attacks took place in Shyrokyne,” emphasized Col. Motuzyanyk. The area of hostilities considerably expanded: yesterday militants were attacking in Novomykhailivka, Taramchuk and Bohdanivka. In total, militants made 14 attacks in the Mariupol sector, and eight of them involved use of heavy arms. 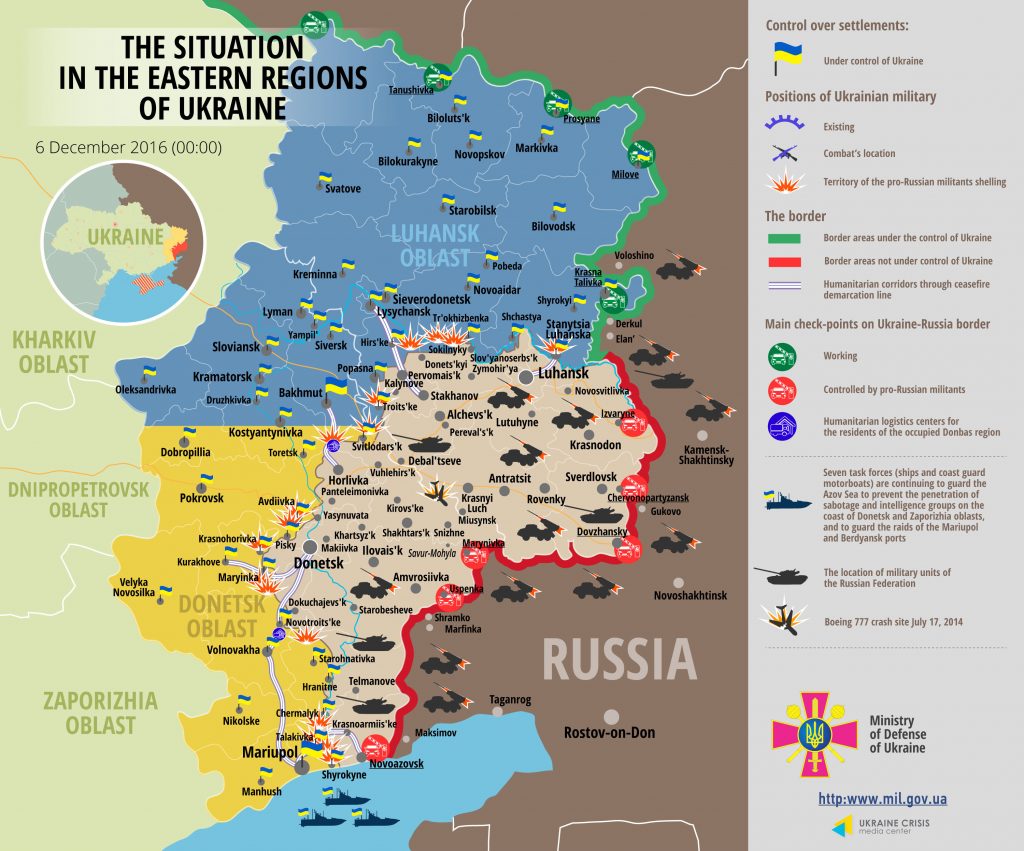 One Ukrainian serviceman died in combat yesterday and one was injured.

Main hostilities in the Luhansk sector continued at Bakhmut road and north of it. Militants used mortar launchers in the evening for each attack between 6 and 8 p.m., launching almost 50 mortar shells at Ukrainian positions. “Later occupants violated the ceasefire once more in Stanytsia Luhanska. The armistice held near Popasna yesterday,” said the spokesman. In total, six militants’ attacks took place in the Luhansk sector in the last 24 hours, and five of them involved use of heavy arms.

According to Col. Motuzyanyk, Officers of the Security Service of Ukraine found a weapons cache in Mariinka district of Donetsk region. It contained over 10 thousand cartridges and anti-tank guided missiles. “The cache was hidden in a forest near the frontline,” he concluded.