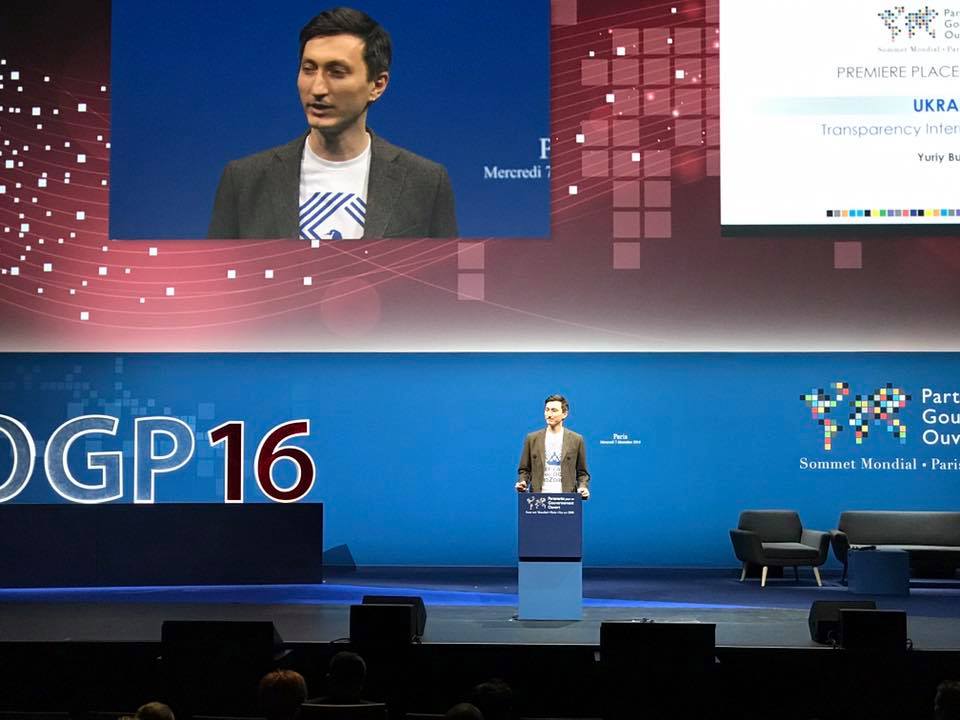 In the evening on December 7, the Ukrainian public e-procurement system ProZorro  won the first prize at the third annual Open Government Awards 2016 ceremony in Paris. This was announced by Maksym Nefyodov, First Deputy Minister of Economic Development and Trade of Ukraine, on his page on Facebook.

“There were 70+ member countries of the global initiative in the field of open government Open Government Partnership from the USA and France to Indonesia and Honduras. Who is the best in the world? Of course, Ukraine!!!” he rejoices.

Nefyodov thanked all the great team that worked on the creation of the system: the Ministry of Economic Development and Trade of Ukraine, state-owned enterprise Prozorro, Transparency International Ukraine, volunteers, platforms, IT developers, donors and Open Contracting.

The public e-procurement system ProZorro has been working in Ukraine since February 2015 as a part the reform in the field of public procurement. Since April 2016  the central authorities have transferred their non-subthreshold tenders to the ProZorro system, and starting August 2016 electronic public procurements became obligatory for local governments, housing and utility companies and other organizations funded by taxpayers’ money.

ProZorro has already received prestigious international awards this year, in particular, in May they became “the best electronic procurement system” at World Procurement Awards 2016, and in September ProZorro won Technology of the Future prize at Communication on Top – Davos.