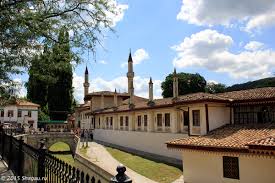 Over the last day Russia-backed militants fired upon Talakivka, Maryinka, Krasnohorivka, Novoselivka Druha, Chermalyk, Lebedynske and Vodyane from mortars and 122-mm artillery. Militants fired upon Shyrokyne over 10 times from mortars of various calibers, weapons mounted on infantry fighting vehicles (IFVs) and a tank. In the Luhansk sector militants were targeting Balka Kosharna, Popasna and Krymske from mortars of various calibers. In the Donetsk sector occupants were firing upon Troyitske, Opytne and Avdiyivka from 120-mm mortars, upon Luhanske from grenade launchers, IFVs and large-caliber machine guns. It was reported by the ATO press-center.

Prisoners exchange. Ukraine’s representative to the humanitarian subgroup within the Trilateral Contact Group, parliamentary vice-speaker Iryna Gerashchenko said that Ukraine is ready to pass to the Luhansk and Donetsk militants the number of people they claim, however the opposite side is understating the number of prisoners they are holding. At first Donetsk militants said they have 42 Ukrainians. Ukraine was ready to swap them for 228 persons from the lists submitted by militants. Luhansk militants said they are holding six Ukraine citizens and asked to grant amnesty and free 440 persons.

OSCE: Russians in military uniforms. OSCE observers spotted armed Russians in military-type uniforms in the area occupied by the self-proclaimed “Donetsk People’s Republic” (“DPR”), mission monitors in Donbas describe in their report. In the report monitors also noted that Ukrainian military granted them access to the sites of heavy weapons withdrawal only after they made sure no Russians were part of the patrol (report in English).

Human rights: repressions against Crimean Muslims, the cases of Hizb ut-Tahrir and deaths of Ukrainians in prisons in Russia and Crimea
Human rights activist Dilyaver Memetov confirmed the fact of detention of 11 Crimean Muslims near Sevastopol on December 9. Police detained Crimeans right after they exited the mosque and took them to the police station. Following the formal procedures all Crimeans were let go.

Families of the persons of interest in the Hizb ut-Tahrir case report on undue conditions of their detention in Simferopol. “Maximum capacity of the Simferopol detention center SIZO-1 is 817 persons, while there are actually 1519 persons as of August 2016,” said Aliye Abselyamova, wife of Enver Mamutov, one of the case’s persons of interest from Bakchisaray. It means that the number of beds in the detention center is much smaller than the number of prisoners. Moreover families of the detained emphasize unsanitary conditions in the detention center. They also focus on medical assistance and medicine supply of the arrested – they are not getting the medical assistance they need as well as detention center authorities hamper passing of the medicine to the detained.

Two death cases of Ukraine citizens in penitentiary institutions of the occupied Crimea and Russia have been registered, reports the Crimean human rights group on its website. In one of the cases a native of Henichesk, Kherson region, was taken from the correctional institution in Crimea to the penal colony no.1 in the Republic of Adygea where he died on September 8, 2016. “Kerimov had hepatitis and tuberculosis, he did not get medical assistance in time,” the report says. “Another Ukraine citizen Serhiy Hlynyak from Sevastopol died on August 30, 2016 in the Simferopol SIZO-1 detention center also due to the non-provision of medical assistance,” the human rights group reports.

Crimean Human Rights Group also notes that at least 2,200 imprisoned Ukraine citizens have been moved to the penitentiary institutions in Russia since Crimea was occupied, 240 of them are women.

Crimea: Russian nuclear weapons on the peninsula and Russian gas transportation system
Crimean Tatar leader, MP Mustafa Dzhemilev said that occupants brought nuclear weapons to Crimea. “Mejlis information services are in possession of the data that six nuclear warheads were brought in,” Dzhemilev said. He said occupied Crimea has been “turned into a military base” where about 70 thousand servicemen are stationed. At the same time he calls upon his fellow Crimeans “not to leave Crimea, to stay on their fatherland and wait for liberation.”

Russian gas transportation system in Crimea. Annexed Crimea might get connected to the Russian gas transportation system already in December, reports Russian Ministry of Energy. It was planned to put the gas pipeline “Kranodarsky Kray – Crimea” into operation in the second quarter of 2017, however the ministry is working to have its first part put in operation at the end of 2016 so that gas could be supplied already this winter. The 400-kilometer long gas pipeline is supposed to connect Russia with the Crimean peninsula.

Economy: Yanukovych’s millions, EU financial assistance, disputes between Gazprom and Naftogaz
Efficiency of EU assistance to Ukraine. How efficient is the EU’s assistance to Ukraine in becoming a modern state with good governance? What helps or impedes to achieve that? Answers to the above questions are found in the report released by the European Court of Auditors that analyzes the efficiency of EU assistance between 2007 and 2015 in state finance management, fight against corruption and gas sector operation. The conclusion that the auditors made is that the EU assistance is only partially efficient while its results are fragile (full text of the report in English).

Yanukovych’s millions. Switzerland extended freezing of assets of Ukraine’s ex-president Viktor Yanukovych, reports the Federal Council of Switzerland. The decision aims at providing additional time for criminal investigation in respective countries. Switzerland froze Yanukovych’s assets in 2014 for three years. The freeze of assets expires in February 2017. The assets in question are worth of CHF 70 million (over USD 69 million).

In the beginning of 2018 shortly before the asset freeze term expires the Federal Council of Switzerland will re-evaluate the situation and will decide whether to continue the asset freeze. To remind, at a recent press-conference in Rostov-on-Don Yanukovych said he has no accounts abroad.

Disputes between Gazprom and Naftogaz: purchase of gas. On December 9 a trilateral meeting Russia-Ukraine-EU on gas supply took place in Brussels. At the meeting Ukraine was planning to achieve consensus on the winter gas supply package. Andriy Kobolev, Naftogaz head said that the company is ready to be purchasing Russian gas not only if the beneficial price is offered, but also if an additional agreement to the contract in force is signed. Thus, in the additional agreement supply prices need to be settled, while prepayment needs to be made only for the amounts of gas that Kyiv would need. Although according to the contract made back in 2009 Naftogaz is obliged to pay in advance for the entire amount of gas in accordance with the contract. Naftogaz also insists that the take-or-pay conditions are removed. According to Kobolev in such a way Ukraine needs to secure the opportunity to turn to an additional gas supplier.

According to Kobolev no additional agreement to the contract between Naftogaz Ukraine and Gazprom has been achieved.

Opinion polling: Public opinion on human rights in Ukraine
Ilko Kucheriv Democratic Initiatives Foundation together with Ukrainian Sociology Service conducted nationwide opinion poll “Human Rights in Ukraine” commissioned by UNDP Ukraine, “Information Center on Human Rights” NGO and Office of the parliamentary envoy on human rights. Opinion poll was conducted in all regions of Ukraine including government-controlled parts of Donetsk and Luhansk regions. Polling was not conducted in the Russia-annexed Crimea and in occupied areas of Donbas.

Key findings of the polling are:

Culture: European filmmakers support Sentsov, cultural heritage site endangered in Crimea, BBC’s Ukrainian book of the year
Tanya Malyarchuk’s “Oblivion” novel was recognized Book of the Year 2016 by BBC Ukraine. Malyarchuk is a Ukrainian writer residing in Vienna. “Oblivion” narrates the life of Ukrainian historian Vyacheslav Lypynsky as seen by a female character who researches his life nowadays to discover her own identity. Halyna Tkachuk’s “Thirteen Tales in the Dark” was chosen BBC Children’s Book of the Year 2016.

At the European Film Awards ceremony in Wroclaw filmmakers supported with standing applause Oleg Sentsov, Ukrainian film director imprisoned in Russia. It came as a reaction to the speech and call by Russian activist, Pussy Riot group member Maria Alyokhina. Sentsov was trialed on fabricated charges, he is serving his prison term in Siberia. “Twenty years in prison for him means death,” the activist emphasized. Video of her speech in English.

Khan’s Palace in Bakchysaray, Crimea – a cultural heritage piece of the 16-18th centuries is in danger. Occupational authorities of the peninsula plan a construction project in the Bakchasaray historical and cultural reserve. According to the project a metal shed on pillars is to be erected over the palace. Ukrainian experts claim that it is going to have destructive effects for the cultural heritage piece. Ukraine’s Ministry of Culture calls upon UNESCO to send an international monitoring mission to Crimea.

“Theatre of reconciliation” – KyivPost about a play at the IDP Theatre

”Fairy tales from the frontline: Ukrainian soldiers have been recording fairy tales for children for six months” – Ukraine Today

”Life in the grey zone: what you need to know” – Hromadske International