The fighting along the entire frontline is calmer than yesterday but the “traditional flashpoints” are still being shot at, Ukraine’s Armed Forces suffer no casualties, sadly a civilian dies. 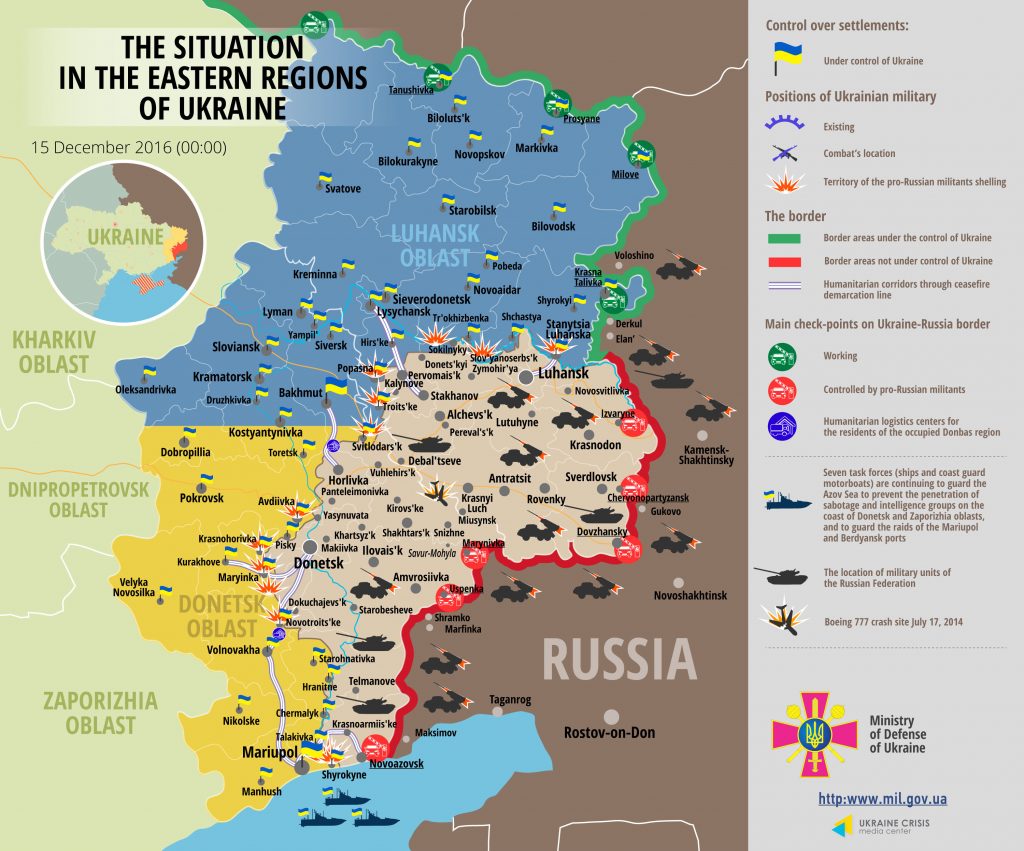 “One civilian died because of militants’ armed provocations and another one sustained injury in the arm. Moreover, a local inhabitant was wounded as a result of a shell explosion,” said Col. Motuzyanyk.

The number of ceasefire violations in the Donetsk sector reduced to three incidents, all of them in traditional flashpoints: Luhanske, Troitske in the Horlivka perimeter and Avdiivka. “Hostile sniper was working near Luhanske, and occupants launched 34 mortar shells in two other places,” elaborated Col. Motuzyanyk.

The widest area of attacks and the most frequent use of heavy armor remain in the Mariupol sector. Militants opened artillery and mortar fire in the outskirts of Dokuchaevsk and use 82-mm and 120-mm mortars near Shyrokyne and Lebedynske. “In total, adversary launched 14 mortar shells and eight artillery shells in the area,” added the spokesman.

Report on the military developments as of December 14 is available here. Interactive data on the shelling: chronology shelling chart and the interactive map.