Ukrainian army incurred no casualties over the past 24 hours, said Col. Andriy Lysenko, Ministry of Defense spokesperson on ATO related issues at a press briefing at Ukraine Crisis Media Center. 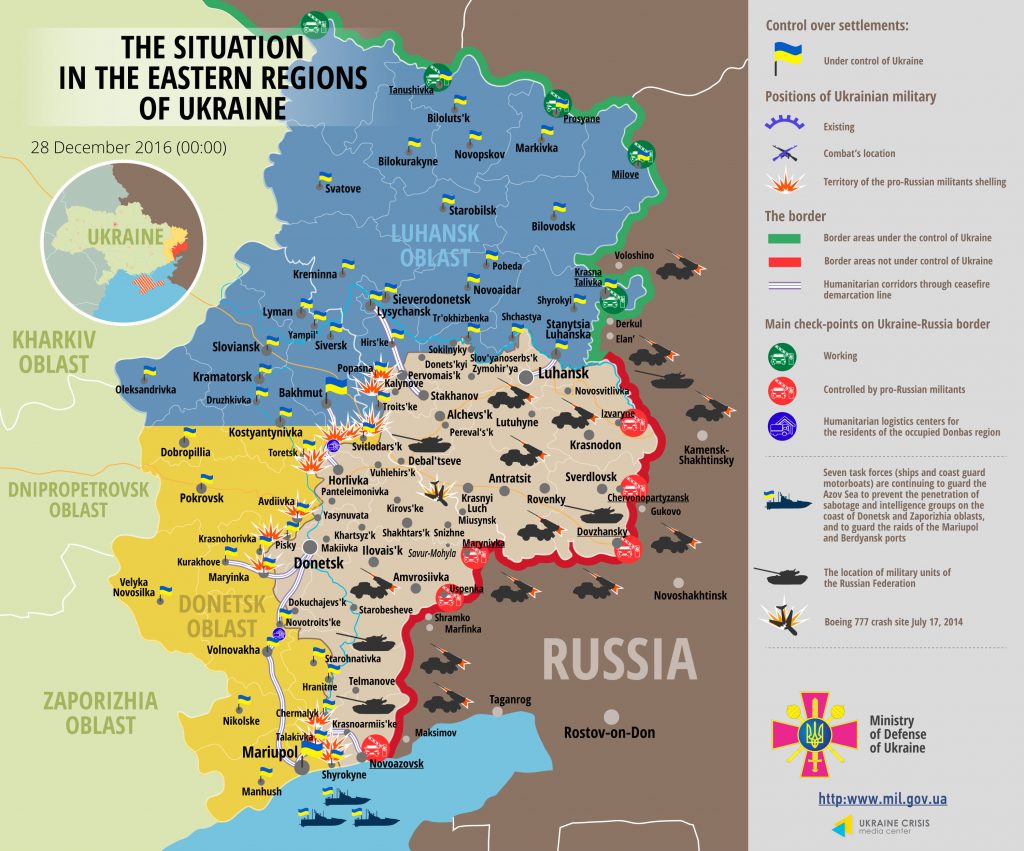 Ceasefire violations occurred all along the frontline in the Donetsk sector. Militants continued systematic ceasefire violations at the Svitlodarsk bulge, in the Horlivka perimeter, in Avdiivka industrial zone and near the Donetsk airport. “In Luganske, Novotroitske and Avdiivka the adversary used mortars,” added Col. Lysenko. In total, the militants violated the ceasefire 15 times in the Donetsk sector, five of them involved use of heavy weapons. The enemy launched 46 mines on Ukrainian positions.

In the Mariupol sector, most of the ceasefire violations took place in Pavlopil-Shyrokyne frontline area. In the morning and in the evening the militants used mortars and artillery, launching nearly 80 mines and several shells on Ukrainian positions. “The situation is the most tense in Shyrokyne. In total hostile attacks, with breaks, lasted there over 6 hours,” stressed Col. Lysenko. In total, the militants violated the ceasefire 25 times in the Mariupol sector, eight of them involved use of heavy weapons.