The firefight between Ukrainian troops and militants in Novozvanivka was the main event in the Luhansk sector in the past 24 hours, said the spokesman of the Ministry of Defense on ATO related issues Colonel Oleksandr Motuzyanyk at a press briefing at Ukraine Crisis Media Center. 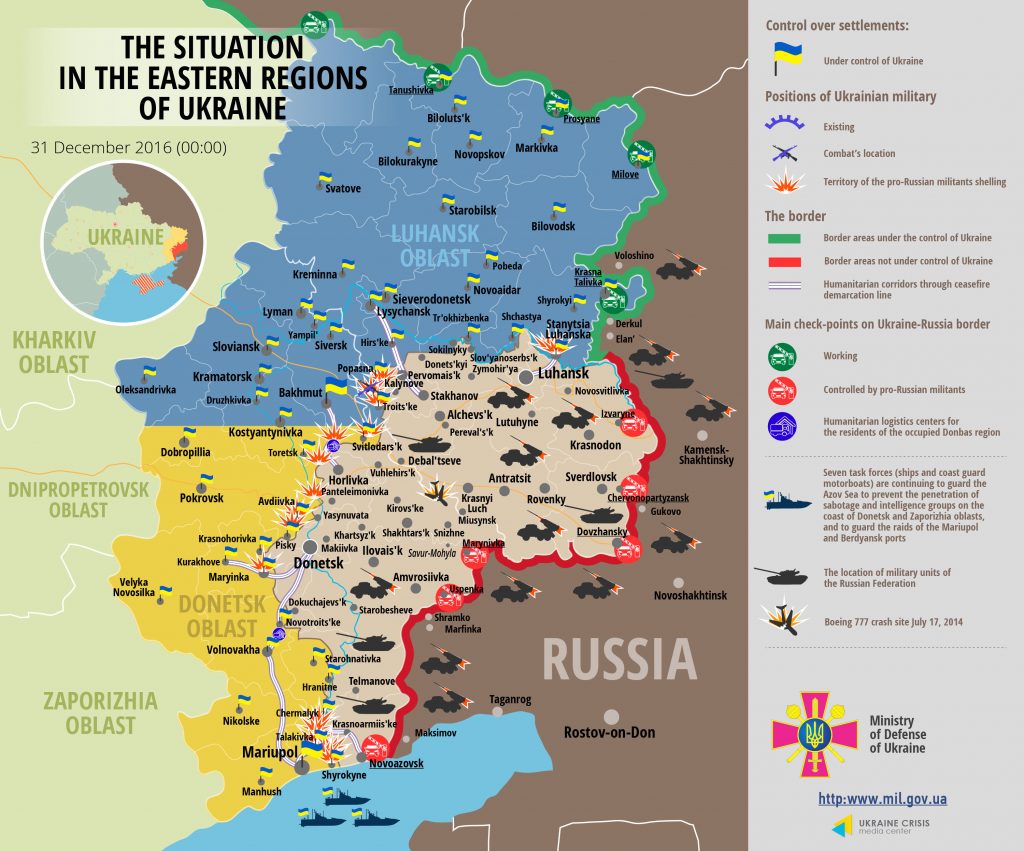 Ukrainian positions were shelled at night around 2 a.m. Two more brief provocations took place during the day after 4 p.m. A group consisting of about 15 militants went into the assault under cover of mortar fire. It happened around 4 p.m. “Having encountered the organized defense and aimed fire, the occupants retreated. Another hostile attack was attempted a bit later and it failed too.  Both attacks lasted the total of 50 minutes. Ukrainian troops incurred no losses in this combat,” said Col. Motuzyanyk. Moreover, militants’ attacks took place in Stanytsia Luhanska and Novooleksandrivka. No heavy arms were used. In total, one firefight and 15 militants’ attacks took place in the Luhansk sector in the last 24 hours.

“Hostile attacks took place in almost all areas in the Donetsk sector,” said Col. Motuzyanyk. It happened in the afternoon, and the armistice held there from midnight to 1 p.m.  Militants did not use heavy weapons in this area. “The attacks were quite lengthy, lasting 30-180 minutes,” said Col. Motuzyanyk. In total, nine hostile attacks at Ukrainian positions took place in the Donetsk sector yesterday.

Ukrainian Armed Forces incurred no losses in combat yesterday, and one serviceman was wounded in Novooleksandrivka.  The situation remains unchanged in the Mariupol sector. Main hostilities continue in the south. Russian-backed militants made three mortar attacks in Talakivka and Shyrokyne yesterday. “Hostile fire from light weapons continued all day long, lasting from the noon till late night,” said Col. Motuzyanyk. In total, militants made 23 attacks in the Mariupol sector yesterday.

Interactive data on the shelling: chronology shelling chart and the interactive map