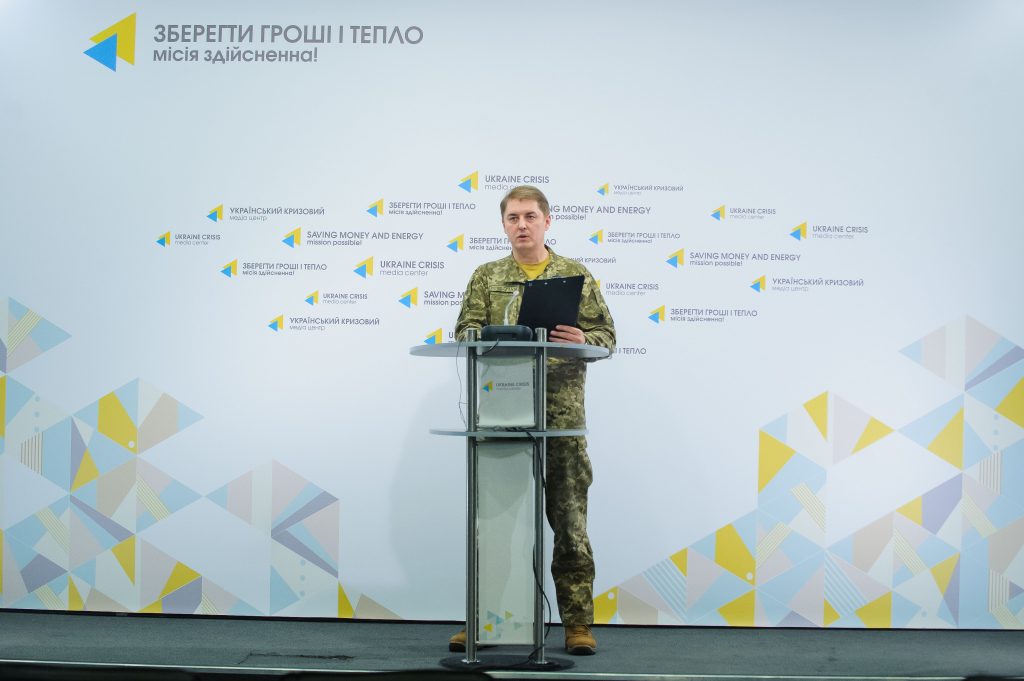 Ukrainian Armed Forces incurred no losses in combat, but nine troops were wounded and one soldier is missing.

Militants conducted 105 attacks in 24 hours along the entire front line.  Ukrainian Armed Forces incurred no losses in combat, but nine troops were wounded and one soldier is missing as a result of a shooting attack at Avdiivka. The situation escalates there, informed the spokesman of the Ministry of Defense of Ukraine on ATO related issues Colonel Oleksandr Motuzyanyk at a press briefing at Ukraine Crisis Media Center. “Militants started massive mortar attack just after midnight.  It lasted about two hours. It turned out later it was artillery preparation before the offensive. A firefight between ATO troops and militants took place about 5 a.m. The fight was quite lengthy and was successful for our troops: the enemy retreated and Ukrainian troops incurred no losses,” said the spokesman. 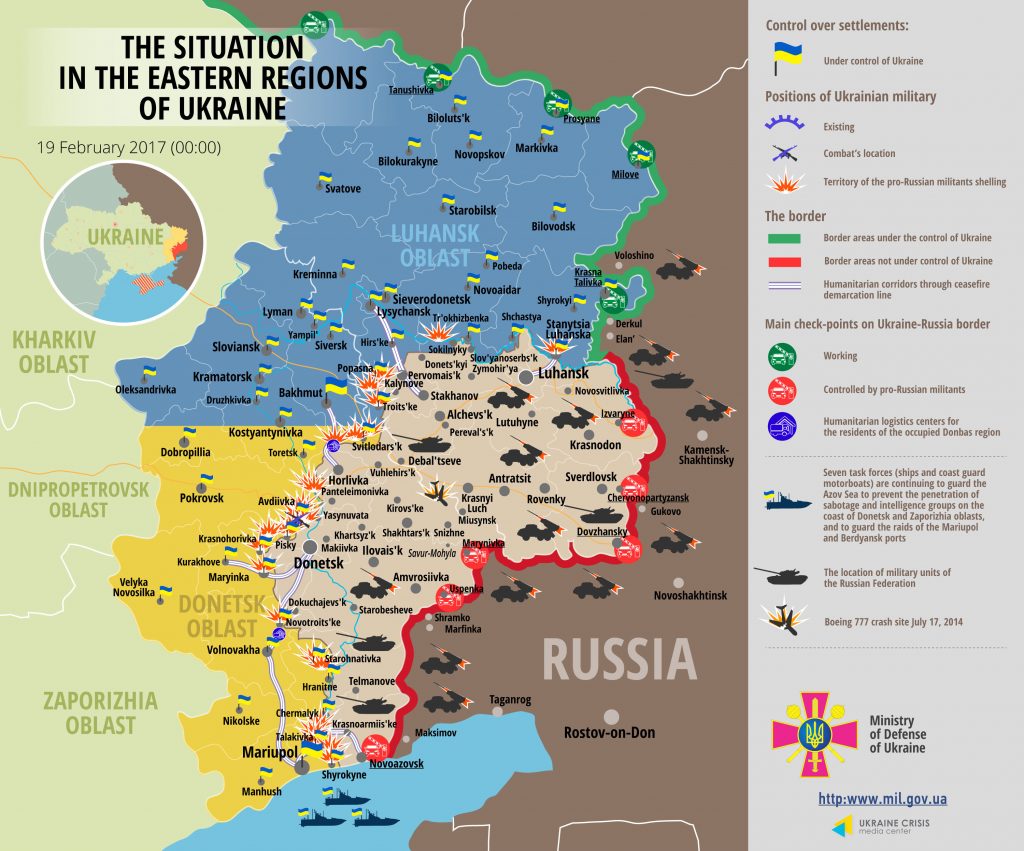 Following this, militants increased mortar attacks and brought up tanks. There were shooting at least five hours non-stop. Militants were shooting from Yasynuvata at the industrial area in the afternoon.  “Enemy’s manpower was supported by mortars and tanks of Russian occupational troops.  Hostilities continued seven hours non-stop. According to approximate estimates, the enemy launched over 300 mortar bombs and about 70 tank shells,” said the spokesman. The town was cut off electricity again because of militants’ attacks.  Intense mortar attacks lasted many hours at the Svitlodarsk bulge, near Horlivka, between Horlivka and Yasynuvata, in Opytne and Pisky. Ukrainian troops are actively returning fire.

Vodiane was the epicenter of combat in the Mariupol sector yesterday.  Militants were shooting from mortar launchers in the morning and brought in barrel and rocket artillery in the afternoon. In total, they launched 24 122-mm artillery shells, 30 mortar bombs and 30 Grad rocket projectiles. A series of intense hostile artillery and mortar attacks took place in Krasnohorivka, Novohryhorivka and Pavlopil,” said Col. Motuzyanyk. Russian proxies delivered an intense mortar attack in Krymske in the Luhansk sector. “Main hostilities, like before, continue in the Popasna area. Moreover, militants violated the ceasefire in Stanytsia Luhanska. Traditionally, occupants become more active in the afternoon, sporadically using mortar launchers and armor,” added the spokesman.