Main hostilities in the Donetsk sector took place at Svitlodarsk area, in Novoluhanske and near Avdiivka yesterday. “The enemy used mortars about 15 times and tanks twice, firing over 170 rounds. Occupants were shooting both during the day and at night, but hostile activity escalated in the evening, at the sunset. The situation was restless in Novhorodske and Pisky,” reported Ministry of Defense of Ukraine spokesman on ATO related issues Colonel Oleksandr Motuzyanyk during a press briefing at Ukraine Crisis Media Center. In total, 30 militants’ attacks took place in the Donetsk sector yesterday, and 16 of them involved heavy armor. 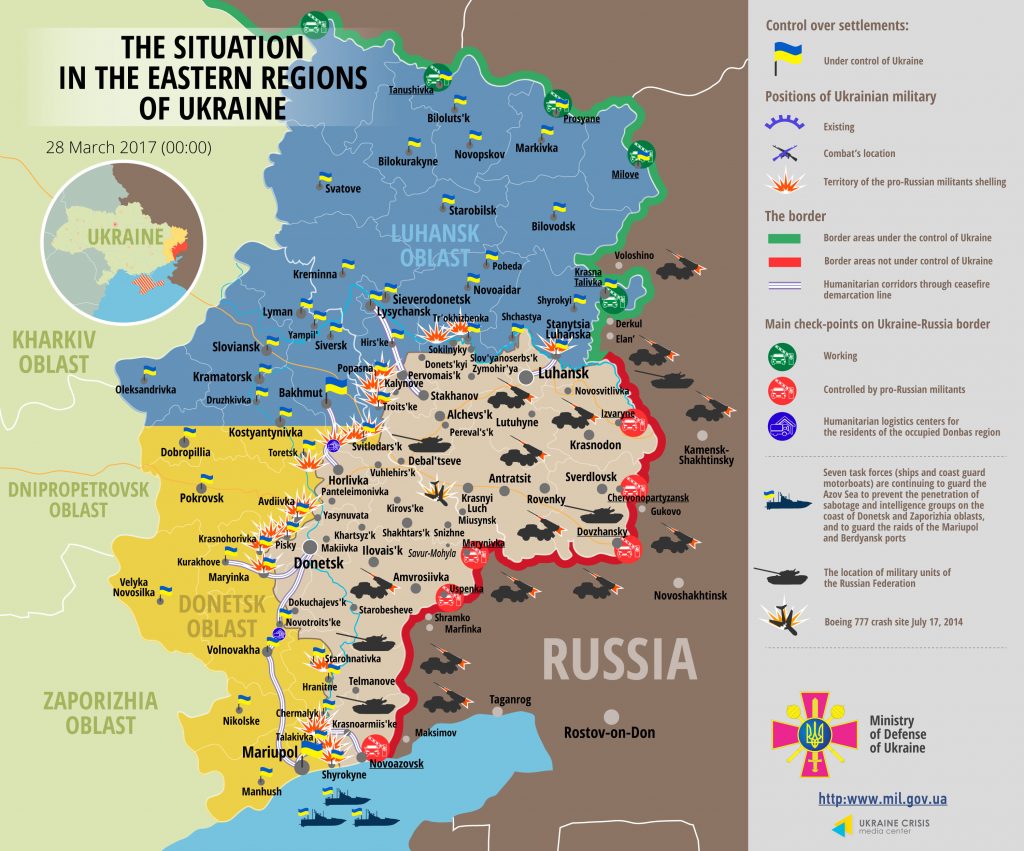 The situation remains unchanged in the Luhansk sector. Intense hostile attacks from heavy armor continue in the Popasna area. Militants used 120-mm mortars and 152-mm cannons, firing a total of over 40 rounds. At least four Ukrainian strongholds came under fire. “Moreover, militants violated the ceasefire in Stanytsia Luhanska and Novyi Aidar districts. All these attacks took place late at night, one of them involved the use of mortars,” added the spokesman. In total, nine hostile attacks took place in the Luhansk sector yesterday, and seven of them involved heavy weapons.

Report on the military developments as of March 27 is available here. Interactive data on the shelling: chronology shelling chart and the interactive map.