On the very first day militants failed to maintain the ceasefire introduced in line with Minsk Trilateral contact group decision. “Regardless of certain de-escalation, the enemy conducted 37 attacks in all sectors, namely five mortar attacks,” said the spokesman of the Ministry of Defense of Ukraine on ATO related issues Colonel Oleksandr Motuzyanyk at a press briefing at Ukraine Crisis Media Center.

Militants attacked 13 times in the Donetsk sector, using heavy armor three times. More than half if the attacks took place near Avdiivka. Militants were using mortar launchers and armor in Luhanske. Moreover, militants opened fire in Maiorsk, Verkhniotoretske and Kamianets. The ceasefire was held in the Donetsk airport. 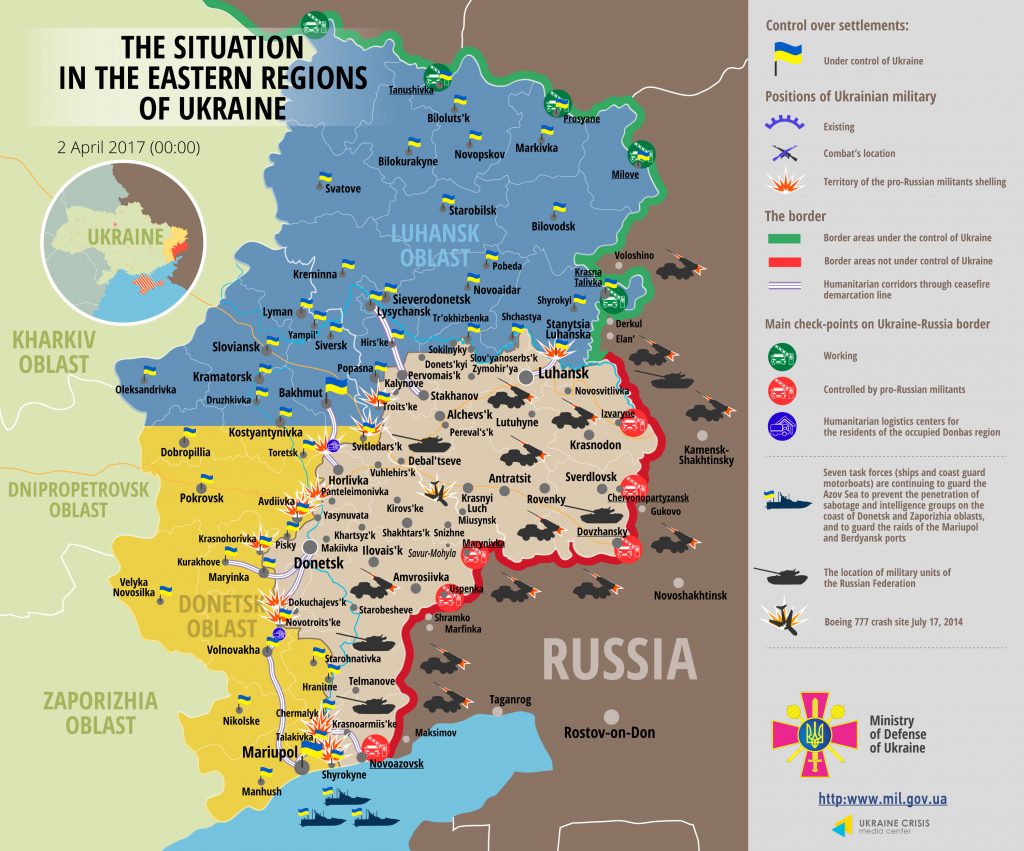 22 militants’ attacks happened in the Mariupol sector, two of them involved use of heavy weaponry. “Around 2/3 of hostile attacks occur in Pavlopil-Shyrokyne frontline area. Nevertheless, it is the first time in many months that occupants used no heavy armor in this area,” said Col. Motuzyanyk. Militants conducted two mortar attacks in Krasnohorivka and Berezove. According to recent information from law enforcements, militants damaged seven private houses in latest shelling of Krasnhorivka.

In the Luhansk sector Russian proxies violated the ceasefire twice – near Donets railway station in Stanytsia Luhanska and in Troitske near Popasna.

Ukrainian Armed Forces incurred no losses in combat yesterday, but four troops were wounded. “Three of them sustained injuries as a result of tripping explosive devices and one came under hostile shelling,” elaborated Col. Motuzyanyk. He added that a civilian from Mariinka tripped a wire the other day. The IED was planted near his garden plot. The man is in Kurakhove hospital now.

Law enforcements found an anti-personnel PMN-2 mine, recognizably produced in Russia, while clearing positions of a Ukrainian section in Donetsk region. These mines are prohibited in Ukraine, under the provisions of Ottawa convention which was signed and ratified by Ukraine.

Report on the military developments as of April 1 is available here. Interactive data on the shelling: chronology shelling chart and the interactive map.