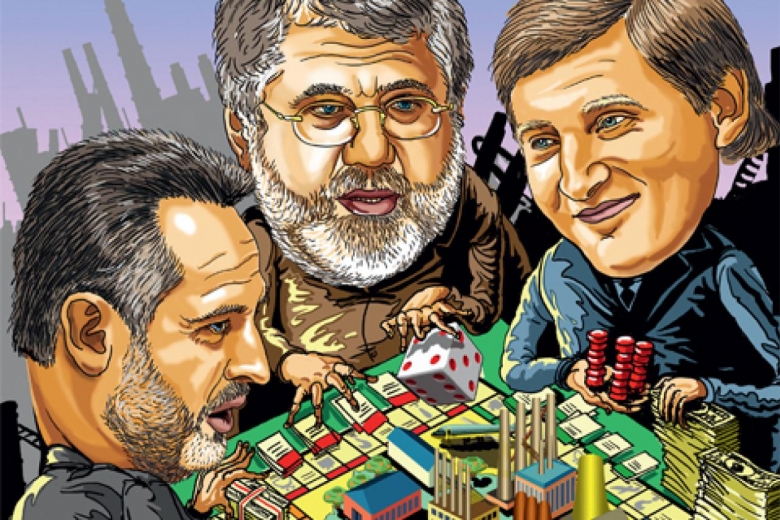 According to the latest estimates of the investment company Dragon Capital, in 2016 the possessions of ten richest Ukrainian oligarchs amounted to over $11 billion. This is almost 13% of Ukraine’s GDP in 2015. For comparison: the possessions of ten richest people in Poland and the United States amounted to about 3% of GDP. published a policy paper “Liberate the captured state of Ukraine”. The authors analyzed the risks the phenomenon poses to the economy and society. “Livyi Bereh (Left Bank” published the main points of the study. UCMC publishes an abridged English version of the material.

Where do Ukrainian oligarchs come from?

There are the following varieties of state takeover: regulator takeover (e.g. in the case of natural monopolies), budget takeover (in the case of getting preferences through budget funds) and state enterprises takeover.

Rinat Akhmetov is the richest Ukrainian with a fortune of $4.1 billion as of late 2016 and the owner of SCM Group. Consolidated Group revenue in 2015 amounted to $11.293 billion, which is 12.5% ​​of 2015 GDP. FC Shakhtar and the media business (the top-rated TV channel Ukraina and the newspaper Segodnya) according to experts, are unprofitable and used only for political and image effects.

In the time of Yanukovych, the businessman increased his assets, including through privatization of state enterprises. After the Revolution of Dignity and the occupation of Crimea and Donbas, Akhmetov had to protect his assets.

There are 20 MPs in the Ukrainian Parliament belonging to Rinat Akhmetov’s sphere of influence (as compared to 27 in the previous convocation). The share of DTEK companies in a segment of thermal power generation reaches 70%. Oblenergo are regional monopolies in power supply.

In 2016, there were state preferences for his SCM businesses, for example, from state regulator NKREKP through including the cost of coal in the formula of tariff on thermal power generation at a price in ARA ports (Amsterdam-Rotterdam-Antwerp) + shipping.

Preferences for SCM businesses probably result from political agreements between Akhmetov and President Poroshenko’s representatives. And a potential mediator in negotiations with DTEK may be Poroshenko’s friend Ihor Kononenko. He is said to control the state-owned company Centrenergo, which is also a beneficiary from Rotterdam +.

Implementation of tariff formula Rotterdam+ has led to excess profits of DTEK and other manufacturers of thermal generation at the expense of consumers, both individuals and businesses. Increasing rates for businesses entail a rise in manufacturing output and, consequently, inflation.

The second richest man in Ukraine possesses a fortune of $1.4 billion (according to Focus). Kolomoyskyi’s spheres of interest are oil business through control over public enterprises (Ukrnafta); air conveyance (MAU); gas stations, ferroalloy business, and more. Until recently Kolomoyskyi owned the largest bank in Ukraine, PrivatBank, nationalized by the state in December 2016. Also, the oligarch co-owns media holding Central European Media Enterprises Ltd. His business is informally combined in a holding Privat Group.

The parties loyal to him are “People’s Front”, “Vidrodzhennia” and “Ukrop”. His proxies are Mayor of Dnipro Boris Filatov and leader of the “Right Sector” Dmytro Yarosh.

Victor Pinchuk has a fortune of $1.3 billion; it is mostly the income earned from the steel industry. The main source of income is the EastOne Group, which mainly includes manufacturers of pipes and steel plants. Together with Kolomoyskyi he controls Nikopol Ferroalloy Plant, which has become the triable issue to both oligarchs. He owns Credit Dnepr bank, one of the largest media holdings in Ukraine StarLightMedia (STB, ICTV, “New Channel”, M1, M2, QTV, the newspaper “Facts”), and TavrMedia radiogroup (“Russian Radio Ukraine,” “Hit FM”, “Kiss FM”, “Radio Rocks”, “Melody” and “Relax”). The whole business is managed by oligarch’s investment company EastOne.

It is thought that Pinchuk is connected to three MPs, and the BPP helps his business with their decisions.

The investigation conducted by “Nashi groshi” reveals that “Interpipe” has won the last tender worth more than half a billion hryvnias for purchasing pipes for “UkrGasVydobuvannya” without any plausible competition. A final agreement has not even been published. Earlier Pinchuk has doubled the price of wheels for Ukrzaliznytsia.

Pinchuk looks more like a great businessman and lobbyist rather than an oligarch, although there are signs that he gets certain preferences for selling his products. 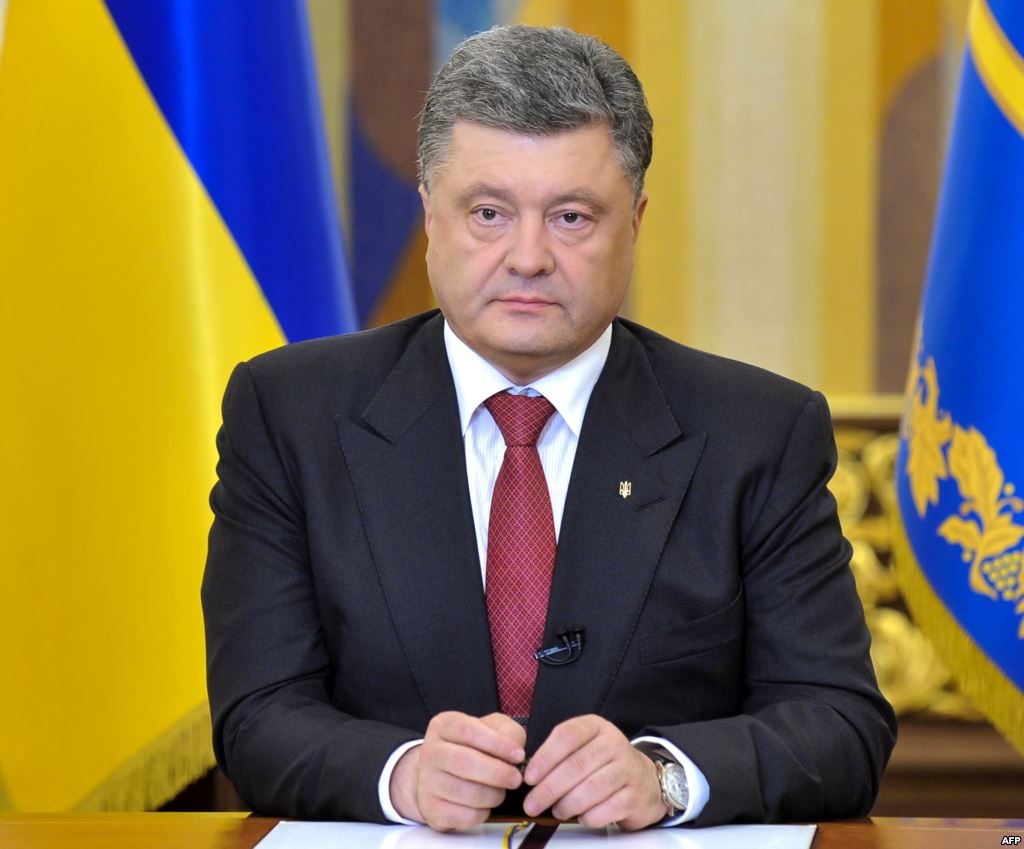 The President of Ukraine has assets of $950 million (as of 2016), and according to his declaration for 2015, he owns the non-diversified corporate investment fund “Prime Assets Capital”, which controls such great assets as “Roshen” Corporation, “Kuznia na Rybalskomu” plant, “International investment bank,” media company “5 channel,” enterprises in the agricultural sector, etc.

It is believed that Poroshenko has strong relationships with Kononenko and Oleh Hladovskyi, “Prime Assets Capital” minority shareholders.

Since 2014, Oleh Hladkovsky holds the position of Deputy Secretary of the National Security and Defense Council of Ukraine. Managers from the automotive business of Poroshenko and his partners have been appointed to senior positions at such defense sector enterprises as Ukroboronprom and SE “Antonov.”

The companies connected to Poroshenko control almost the whole defense sector and receive numerous government orders. According to the available information, they received the purchase order for vehicles for the National Guard and state enterprise Ukrtransnafta.

“Kuznia na Rybalskomu” has also switched to defence products. For example, they began to produce various weapons for the Ukrainian army and receive the state order for production of patrol ships.

“Ukrzapchastyna,” which is connected with “Bogdan” and is one of the largest borrowers from “IIB,” has won more than 300 public tenders.

Being one of Ukraines oligarchs and the president, Poroshenko also exerts influence on public authorities. He has appointed members of NKREKP that is serving the interests of some oligarchs (raising tariffs and setting unreasonable prices for coal sold mainly by Akhmetov). Such state-owned companies controlled by Poroshenko’s environment as “Centrenergo” and “Ukrtransgaz” will also benefit from NKPEKP’s decisions. This will result in increased electricity tariffs for domestic and non-domestic consumers. 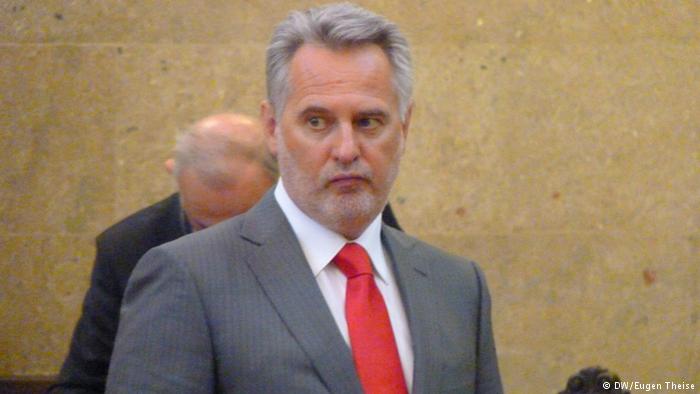 Firtash has a fortune of $652 million and owns “Group DF”. One of the three main areas of his activities is the nitrogen business represented by holding company “OSTCHEM”, which ranks 3rd in the world for production of nitrates, 4th for ammonia and 12th for Urea Ammonium Nitrate.

Firtash owns “Inter”, which is among the top five highest-rated TV channels. This TV channel has a reputation for its pro-Russian content and often highlights the position of “Opposition bloc” representatives.

The sphere of Dmytro Firtash’s influence in the Ukrainian parliament includes the group of 6 MPs. The oligarch, in his own words, supports the Party “Udar” and Vitali Klitschko since 2012.

“Reuters” investigation reveals that the final beneficiary of the “Group DF” businesses is Russian President Putin’s circle of close associates. But it is impossible to prove this because of the closed structure of the property. However, there are direct economic signs like special prices for Russian gas and credits from “Gazprombank” for “Group DF” companies. Thus, there are reasons to believe that this is not only the oligarch’s attempt to take over the state, but also the neighboring state’s attempt to capture Ukraine.