Russia-backed militants repeatedly violated the ceasefire in the Luhansk sector yesterday: four times in Stanytsia Luhanska district, once in Krymske and three times in Popasna district. “Due to the fact that the enemy shelled the area of potential withdrawal of troops and equipment, the withdrawal won’t happen in the nearest future,” reported Ukrainian Ministry of Defense spokesman on ATO Colonel Andriy Lysenko during a press briefing at Ukraine Crisis Media Center. 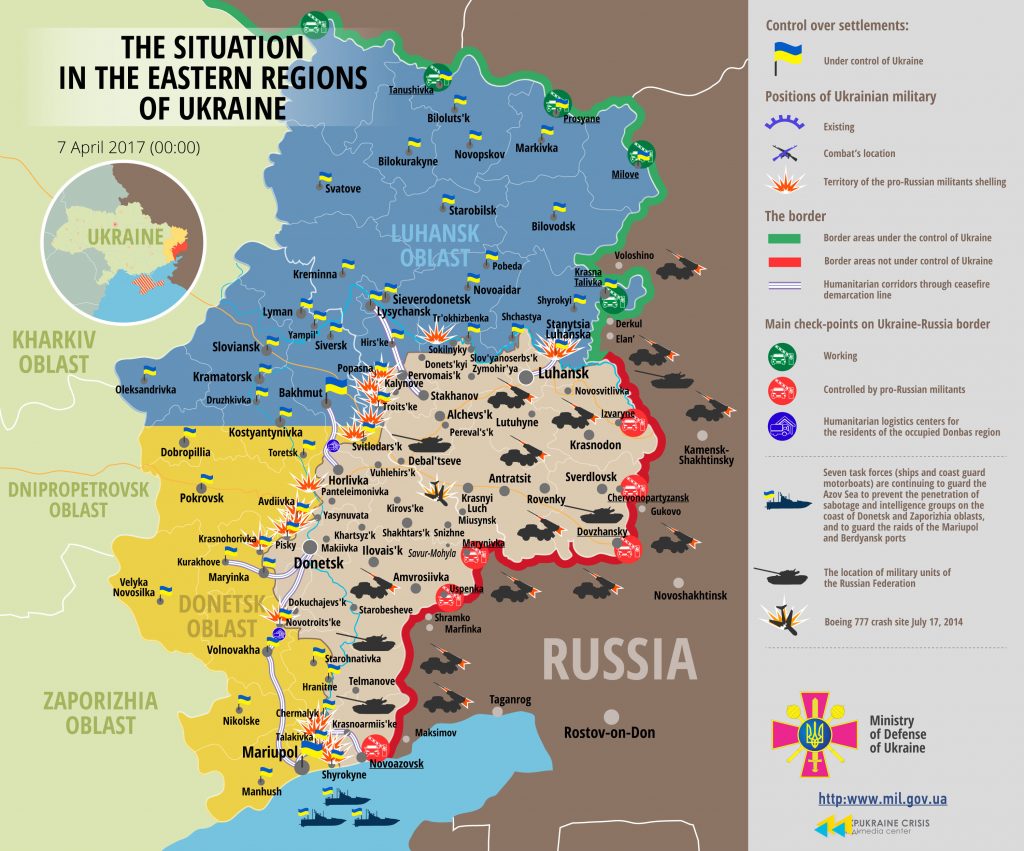 In Khmelnytskyi SBU prevented a terrorist attack, prepared by the Russian special services. The attacker was to receive in Odessa explosives passed by the intelligence services of the Russian Federation from the so-called“Pridnestrovian Moldavian Republic”. The courier with explosives was detained. According to the SBU counterintelligence, the organizer of the attack is FSB officer, who now holds high office in a criminal organization “Ministry of National Security of ‘LPR’”.

Report on the military developments as of April 6 is available here. Interactive data on the shelling: chronology shelling chart and the interactive map.