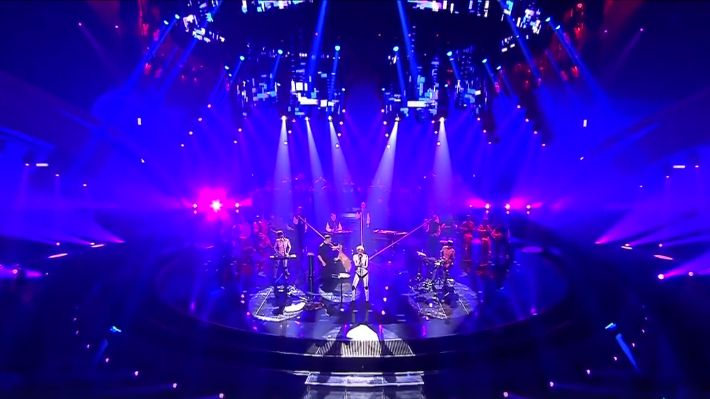 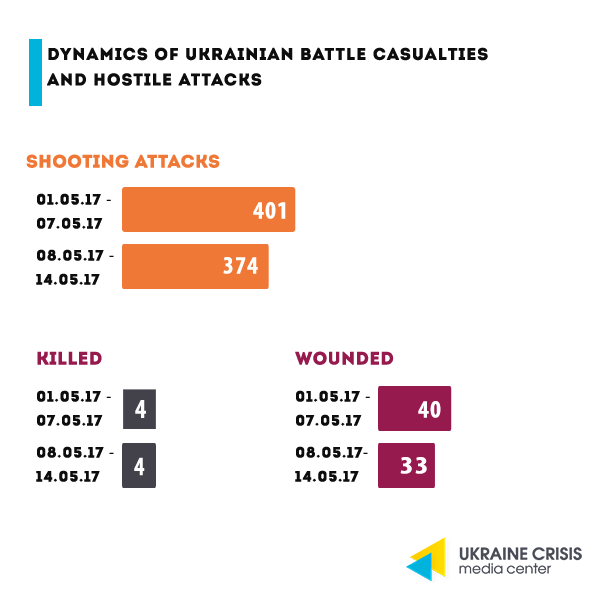 Military parades in “L-DPR.” On May 9 “LPR” held a Victory Day military equipment parade in Luhansk. According to the “LPR”-controlled media, about 100 units of equipment and weapons were involved in the parade (photo). In Donetsk, militants demonstrated weapons produced in Russia. After the parade, according to the Chief Directorate of Intelligence of the Ministry of Defense of Ukraine, Russia-backed militants  sent the military equipment involved in the “parades”, which is prohibited by the Minsk agreements, to the front. 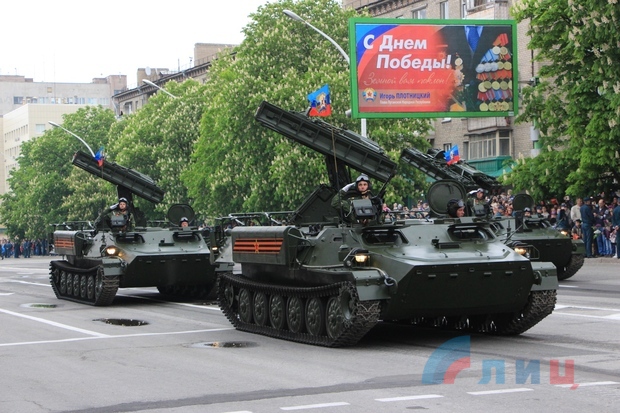 People continue to disappear. Director of the Kharkiv Human Rights Group Yevhenii Zakharov states in the report “Observance of Human Rights and Fundamental Freedoms on the ‘DPR’ Territory” that people keep disappearing in areas not controlled by the government of Ukraine.” Then someone finds those people’s corpses. Who stole them, why were they killed? Nothing is known, no investigations were actually carried out,” says the human rights activist. 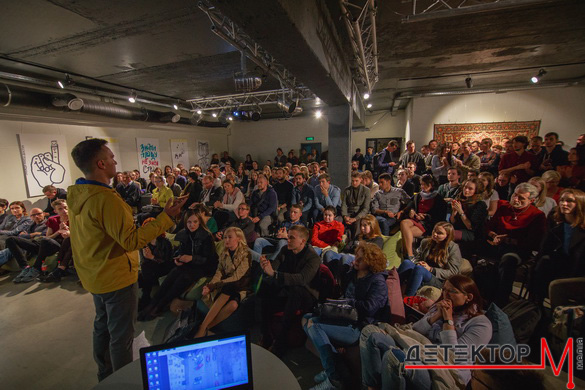 On May 10, journalists of the program “Slidstvo.Info” and OCCRP (Organized Crime and Corruption Reporting Project) presented   the film “The murder of Pavlo” about their colleague Pavlo Sheremet, who was killed in a car explosion in Kyiv on July 20, 2016. The official investigation has been conducted for almost a year, but it does not seem to have made any progress in stating the causes of the murder, or finding the killers and their hirers. According to a film author Dmytro Hnap, their team was well aware of how high profile cases are investigated in Ukraine, so less than an hour after the explosion they began their own investigation.

As a result of the investigation, journalists found that the National Police had not interrogated several possible witnesses to the journalist’s murder, including Ihor Ustymenko who at the time (according to official data) was an employee of the Security Service of Ukraine and whose presence near the explosive device was recorded by a surveillance camera.

A few days later President of Ukraine Petro Poroshenko said that immediately after the publication of journalistic investigation into the murder of Pavlo Sheremet he had called head of the National Police Serhii Kniazev and asked him to meet with journalists and attach the journalists’ materials.

What Petro Poroshenko said at the press conference on May 14: the key points 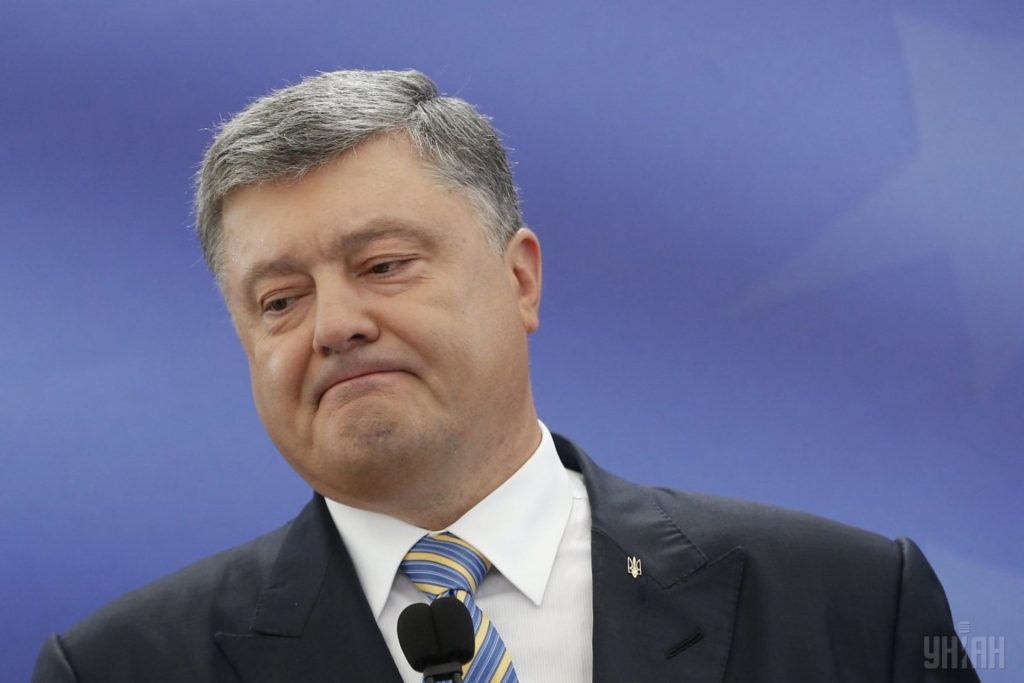 President Poroshenko gave a press conference on May 14, Europe Day. The last time he spoke with reporters in this format was almost a year ago.

Visa-free regime. “Visa-free regime means a deeper involvement of Ukraine in the European common civilization,” stated the President. “Now only an insane person would consider Ukraine part of the ‘Russian world’,” he added.

President’s words about visa-free regime for the IDPs are worth special attention: “Now IDPs can take advantage of these benefits following certain procedures. We must be very responsible regarding any biometric passport the Ukrainian government issues.”

Involving the US in the Normandy format. “I want to eliminate any discussion that it would be better to involve the US in the Normandy format. I emphasize, they were involved and will always be involved, inter alia, during the work of the previous administration. It is planned to choose a special representative of the U.S. soon who will be responsible for coordination of actions with Ukraine,” and added, “I have had several brilliant telephone conversations with President Trump.” 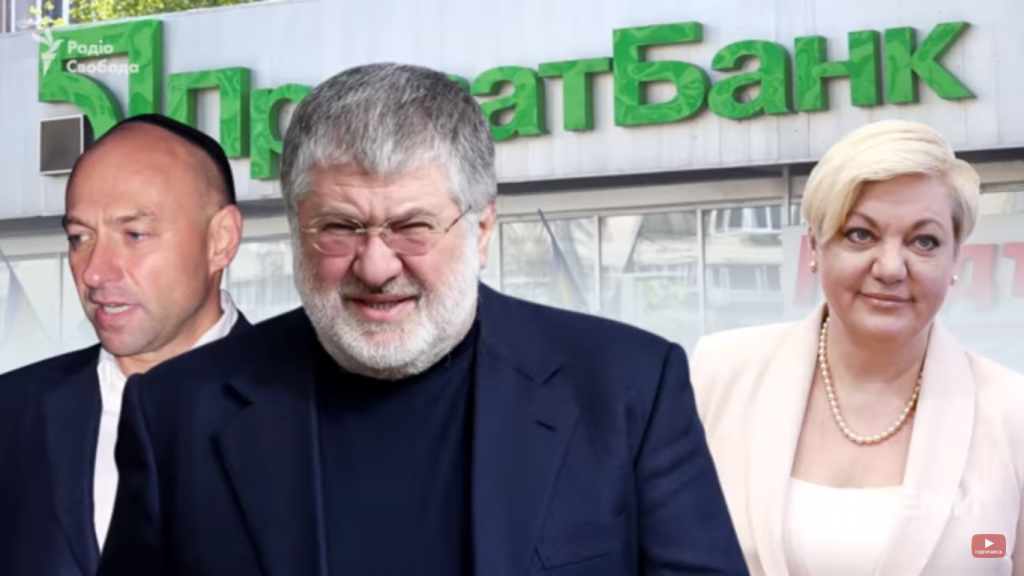 Debts of nationalized PrivatBank: financial malpractice. Before “PrivatBank” nationalization held in December 2016, UAH 110 billion had been moved out from it to a number of companies that exist only on paper. This was informed by the journalists of the program “Schemes”, a joint project of Radio Liberty and channel “UA: First,” in their investigation, which was published on May 12.

The journalists refer to the report of the audit firm Ernst & Young. According to the report, as of April 1, 2015, the debt loss risk exceeded UAH 82 billion, and as of October 1, 2016, this figure increased to UAH 139 billion. The report also states that “PrivatBank” restructured the loan portfolio of UAH 110 billion and transferred debts of 170 borrowers to the accounts of 30 new companies. The audit revealed that the registration addresses of the new companies were fake.

The oligarch denies charges. Kolomoiskyi, the previous owner of “ commented on the investigation in ТSN commentary: “The investigation does not reveal who has received the loans of UAH 110 billion issued by PrivatBank. So, the money was not moved out of the bank. As part of the loan portfolio restructuring the money was given to the companies that repaid loans of the previous borrowers. That is, money remained in the bank. “

Eurovision in Kyiv: how was it? 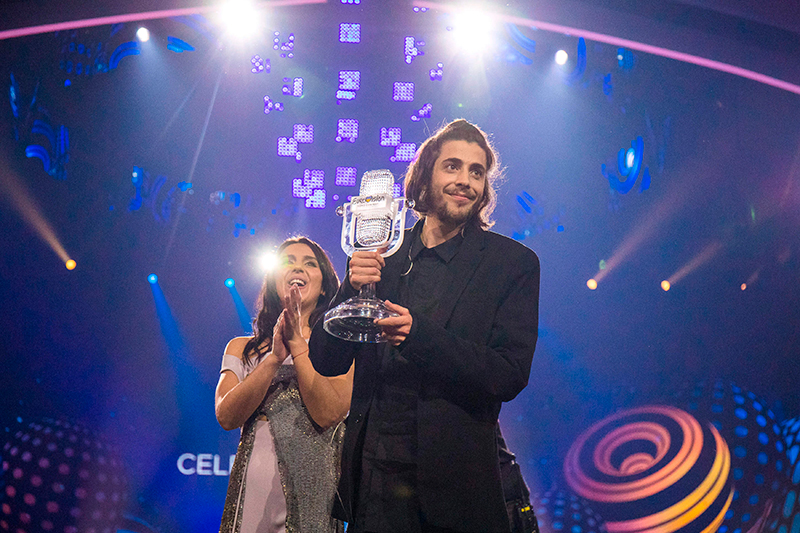 Ukrainian music. The viewer who watched the contest could form an entirely plausible picture of what is happening with pop music in Ukraine. Here: ONUKA and folktronica orchestra; wild dances  – now performed by the Apache Crew;  Jamala – with her known song ( “1944”), and the new ethno-electronic song in Ukrainian (“Lured”) as well as the new pop-soul song in English (“I Believe in U”). Here is Monatik in great shape and decisive O.Torvald with guitars in the competitive program – one-of-a-kind among the participants of “Eurovision 2017”.

Winner – Portugal.  As to  Sobral, another idea suggests itself. “Amar pelos dois” is one of the quietest songs in the history of “Eurovision”. And the fact that credence has been given to it and to Salvador demonstrates the mood of the times: quiet is the new loud now.

Culture: Ukraine at the Cannes Film Festival and at the Venice Biennial

At the Cannes Film Festival Ukraine will present its film industry in the framework of the film market Marché du Film. Ukrainian pavilion will showcase the country’s festivals and films in production, as well as Ukraine itself as a film location. On May 24 six young Ukrainian film directors of the “Contemporary Ukrainian Cinema” group will present their short films. “A Gentle Creature” film by Ukrainian director Serhiy Loznytsia is part of the festival’s main competition. “Frost” war drama starring Vanessa Paradis – co-produced by Ukraine, Lithuania, Poland and France is in the Directors’ Fortnight section. Some of the film’s scenes were shot in Ukraine, close to the combat area. 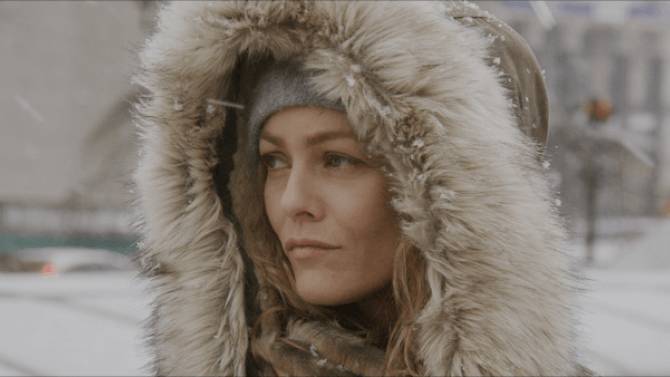 At the Venice Biennial of art that started on May 13 Ukraine will present “The Parliament” project by photographer Borys Mykhailov. Mykhailov is a representative of the Kharkiv school of photography. He gained recognition back in the 1980s, now lives in Berlin. In the project Mykhailov explores the figure of the present-day hero. The photo series consists of the portraits of politicians that Borys Mykhailov and his wife Vita took from the TV screen. The project will be accompanied by a series of collateral events including showcase of a fashion collection by Anton Belinskiy, site-specific sound installation by SVITER art group and Ivan Svitlychnyi, as well as photos by Zhúzhalka group that combine digital and analogue techniques. 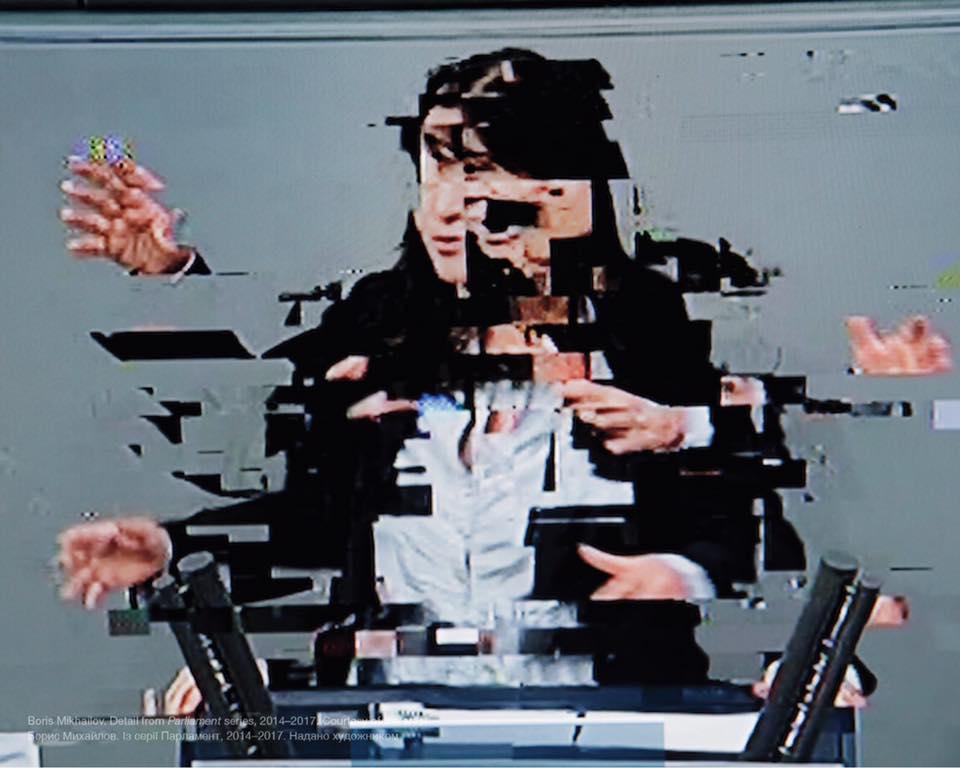 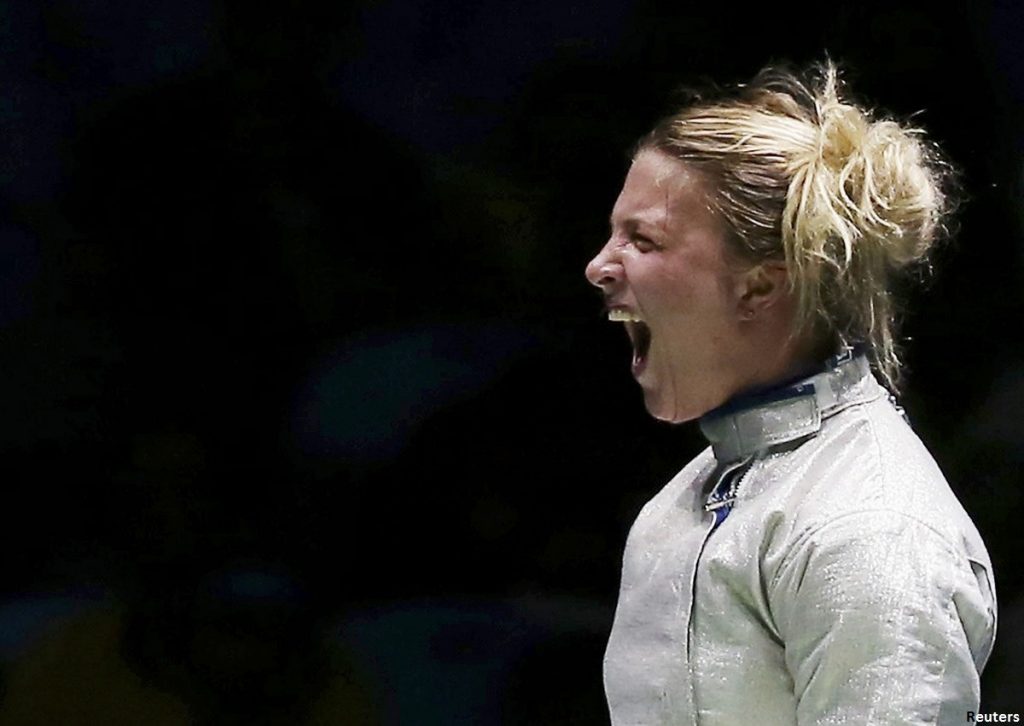 The individual tournament of fencers in Tunisia. Ukrainian athlete Olha Kharlan won the World Cup in fencing. In the semifinal she won a victory over Olympic champion Yana Yehoryan from Russia, and in the final – over Hungarian athlete Anna Marton.

”This what Eurovision fans think about Ukraine” – Hromadske International