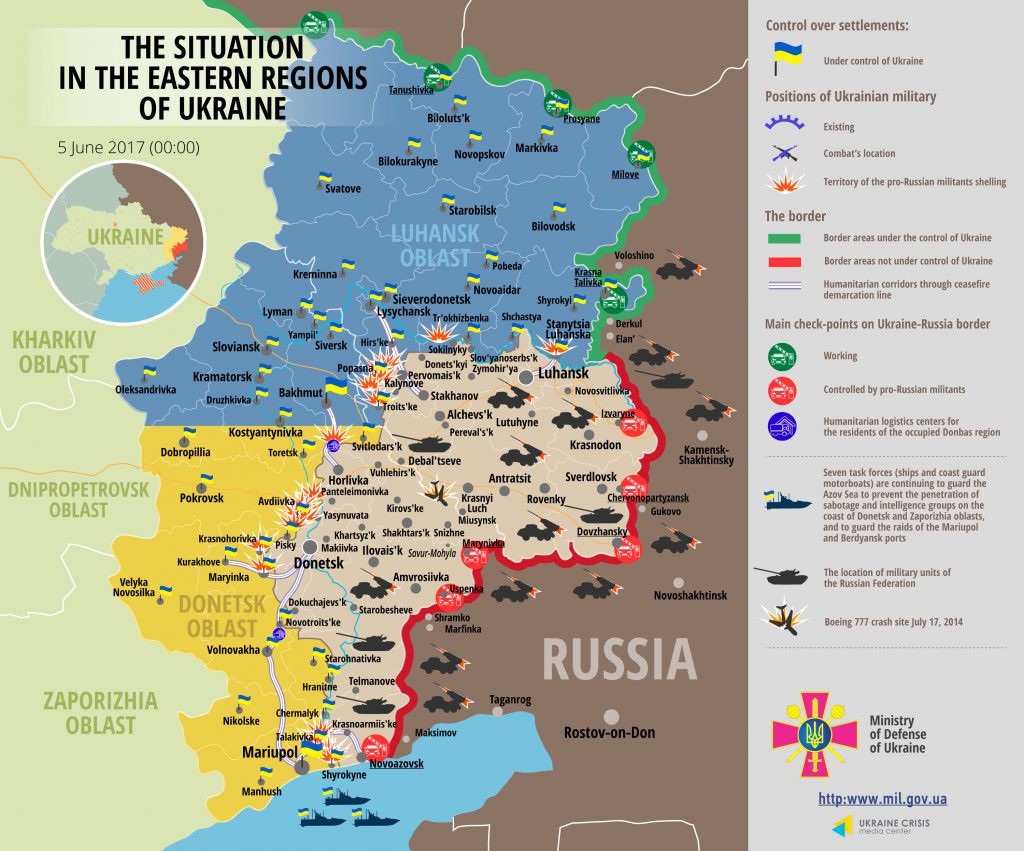 In Luhansk sector almost all hostile attacks took place after 20:00. Militants actively used mortars in Krymske and in Katerynivka-Troitske frontline, firing almost 90 rounds in 3.5 hours. In addition to heavy weapons, Russian proxies used armor once and were shooting from small arms and grenade launchers non-stop. “Militants shelled our positions near Krymske both from the south and the east. Moreover, the enemy violated the ceasefire twice in Stanytsia Luhanska,” added Col. Lysenko. In total, militants attacked 20 times in this sector and used heavy weapons 12 times.

In Donetsk sector hostilities continued only during the hours of darkness and at the sunset. Militants shelled Troitske, Verkhnitoretske, Avdiivka and Opytne with mortars, firing about 40 rounds. “The situation is traditionally the tensest in Avdiivka and the outskirts. Each attack comes from a different direction. In total, Russian proxies violated the ceasefire 12 times in this sector, using heavy weapons in five incidents,” summarized the spokesman.

No Ukrainian serviceman was killed in action yesterday, but two troops were wounded and one sustained an injury.

Report on the military developments as of June 4 is available here. Interactive data on the shelling: chronology shelling chart and the interactive map.