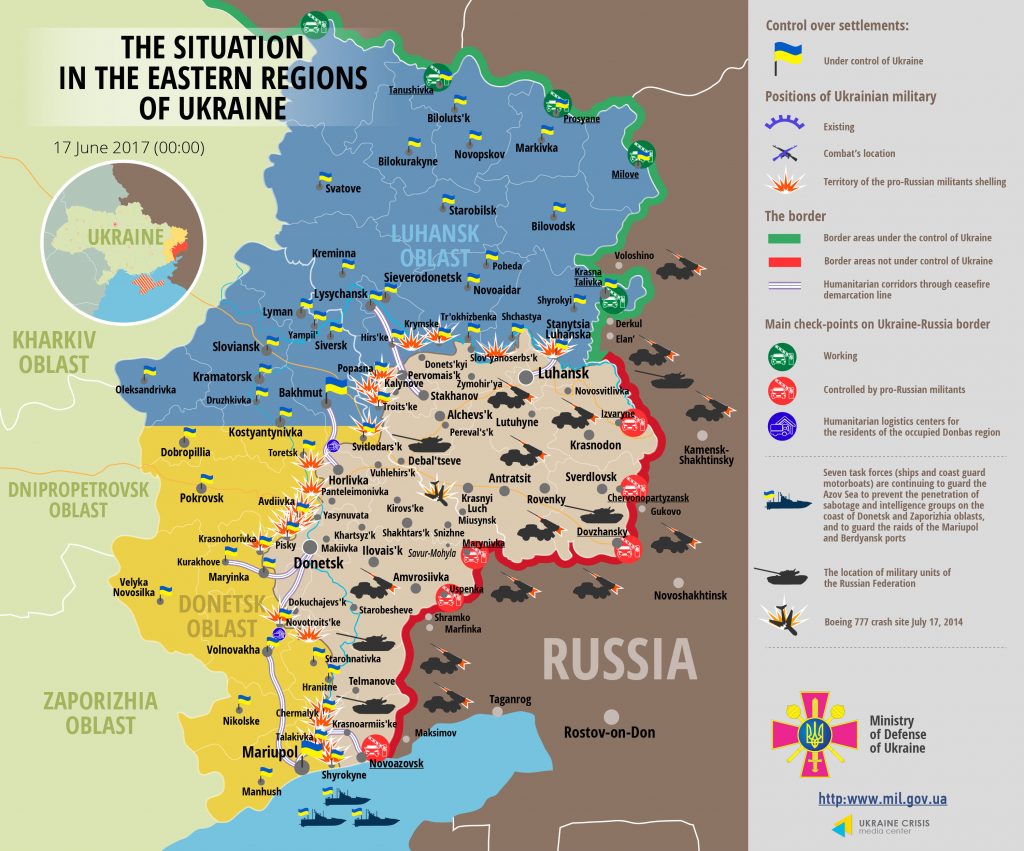 In Luhansk sector, militants intensified their activities near Bakhmut road on Krymske – Novotoshkivske section. Between midnight and 7 am, they made three armed provocations from light weapons. From 5 to 6pm and between 10pm and midnight, the adversary fired from mortars and grenade-launchers on Novooleksandrivka. From 7pm militants delivered active mortar fire on Krymske and Novotoshkivske. “Almost every Ukrainian stronghold came under fire. Militants fired more than 170 mines and shells over 4 hours,” emphasized Col. Andriy Lysenko. In Troyitske, militants conducted two moderate mortar attacks. Overall, militants conducted 29 attacks in Luhansk sector, 13 – with heavy weapons.

In Mariupol sector, the situation was relatively quiet. Militants delivered one brief mortar fire on Krasnohorivka and one – on Bohdanovka. “Most of the armed incidents happened on the ​​Chermalyk – Shyrokyne front section. The enemy opened fire with light weapons. There were 21 attacks in Mariupol sector yesterday,” noted the spokesperson on ATO-related issues.

As a result of hostilities, 1 Ukrainian military was killed, 3 were wounded.

Report on the military developments as of June 16 is available here. Interactive data on the shelling: chronology shelling chart and the interactive map.