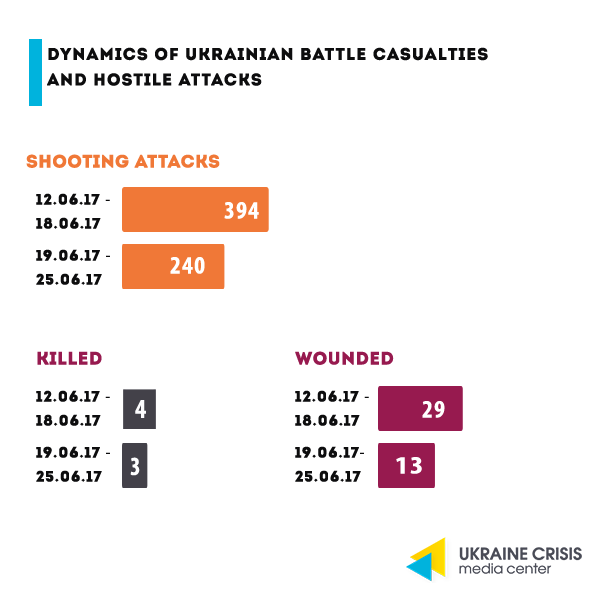 In addition to the above casualties count, three Ukrainian serviceman died as a result of subversion in mines and stretch marks.

“Harvest-time ceasefire”. On June 21 following the meeting in Minsk the Trilateral Contact Group initiated adoption of the so-called “harvest-time ceasefire” in Donbas. It foresees complete ceasefire along the entire contact line for the time of crops gathering: from June 24 till August 31. Respective appeal was made by local councils in Donetsk and Luhansk regions.

Despite the relative decrease in the daily number of attacks, the adversary does not respect the ceasefire. Most powerful attacks were registered in the Luhansk sector. Russia-backed militants fired upon the Ukrainian troops from 120-mm mortars, 100-mm artillery, infantry weapons and infantry fighting vehicles.

Assault on the OSCE mission. On June 20 armed “DPR” militants in the militant-controlled Yasynuvata attacked OSCE monitors. The mission reports the incident in its spot report. Two armored OSCE vehicles were on the shift. The assault was made by two militants. They fired warning shots into the air, tried to get into one of the patrol vehicles, broke the window glass, were pointing the guns at the drivers and at passengers, fired upon the vehicle.

New OSCE patrol base. OSCE opened a new patrol base in Popasna, government-controlled part of Luhansk region. A group of eight mission monitors will be stationed there. The new forward patrol base will allow to increase the presence of the mission in one of the areas accountable for the highest number of attacks in Luhansk region as well as respond in a quicker way to reports on incidents that are happening. There are already six OSCE forward patrol bases located in the government-controlled area and three ones on the non-controlled territory.

First suicides by combat veterans: the consequences of the war. According to the data of the military prosecutor’s office released by the Minister of Internal Affairs Arsen Avakov, as of early June 2017 in Ukraine there are about 500 registered cases of the suicides that the combat veterans committed after the return from the combat zone.

Charges of terrorism in Donbas. Seventeen persons have been imprisoned on charges of terrorism in Donbas. It was reported by deputy military prosecutor of ATO (antiterrorist operation) forces Ivan Syvoded. Through 2015-2017 the office of the military prosecutor investigated 50 criminal cases in which the illicit activities included either participation in the terrorist groups or their financing.

University professors banned from going to the government-controlled area. Universities in the occupied Luhansk issued orders making the professors sign the documents prohibiting them to go to the government-controlled area. The orders claim that the professors might be taken hostages by Ukraine’s Security Service. According to LIGA.net similar orders were issued by all state-financed organizations.

Plant stops operation. The Donetsk metallurgic plant ceased its work due to the lack of the diesel fuel. In early March 2017 the plant alongside a series of others was taken in control by the “DPR”.

Editor-in-chief of a pro-Russian media arrested in Kyiv: case details
On June 22 Ihor Guzhva, owner and editor-in-chief of the “strana.ua” online media was arrested in Kyiv after his office was searched. Guzhva is charged with extortion and receiving of 10 thousand US dollars for non-publishing of the compromising information about an actual politician. This is not the first time when Guzhva is facing problems within the media business sector. 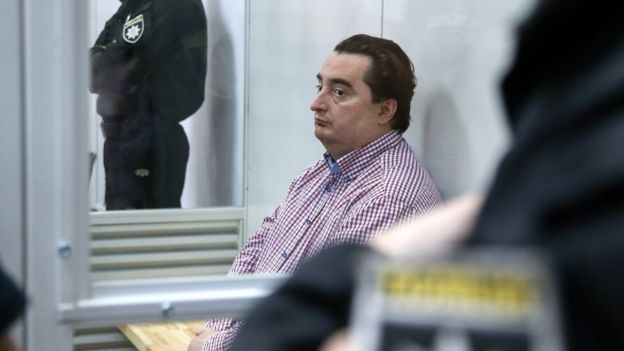 The editor-in-chief called the search in his office and his arrest a “planned provocation”. Ukraine’s Office of the Prosecutor General released several videos relevant to the case. Lawyer of Ihor Guzhva Olena Lukash (Minister of Justice within the Yanukovych-time government) said that these videos do not prove the crime that her client is being incriminated with. In court Guzhva said that he had been offered money not to publish the material, however he said he had refused it.

The arrest of the editor-in-chief caused a vivid discussion in the Ukrainian society. Some journalists expressed their indignation with the actions of the law enforcement, emphasizing that the main reason behind the editor’s arrest was his political position. They also say that many media are placing paid articles without properly marking these materials. Many voice the opinion that Guzhva’s arrest may become a dangerous precedent putting the freedom of speech in the country under threat.

Crimea: the annexed peninsula loses its popularity with Russians as a holiday destination

The Russian Tourism Union registered a 30 per cent decrease in sales of holiday tours to Crimea. Among the reasons behind the disappointment in vacationing on the peninsula that were named is complicated and expensive transportation (compared to 2016 the flight cost increased 1,5 times, road transportation increased by 20 per cent), high prices in Crimea that went up after the Russian occupation (the prices are higher than in Moscow or on mainland Ukraine) as well as failure to compete with up-to-date small hotels in Turkey and even cold water in the Black Sea.

Culture: “mining” mural in the EU capital to remind of the common industrial history of Ukraine and Belgium

Ukrainian artist Roman Minin created a “mining” mural in Brussels. The work entitled “Golden Mine” covered part of the façade of a historic building close to the Place de la Monnaie. The mural appeared with the support of the local arts gallery “Mhaata”; local authorities of Brussels and the owner of the building gave their permission to create the work. According to the artist, he was looking for a uniting element between Ukraine and Belgium. “’Golden Mine’ is a symbol of common history. Europeans and Belgians in particular, were founders of the industry sector in Donbas. It defined the destiny of the country’s eastern region for many years ahead and became a spur for the civilizational and economic development,” explains Minin. 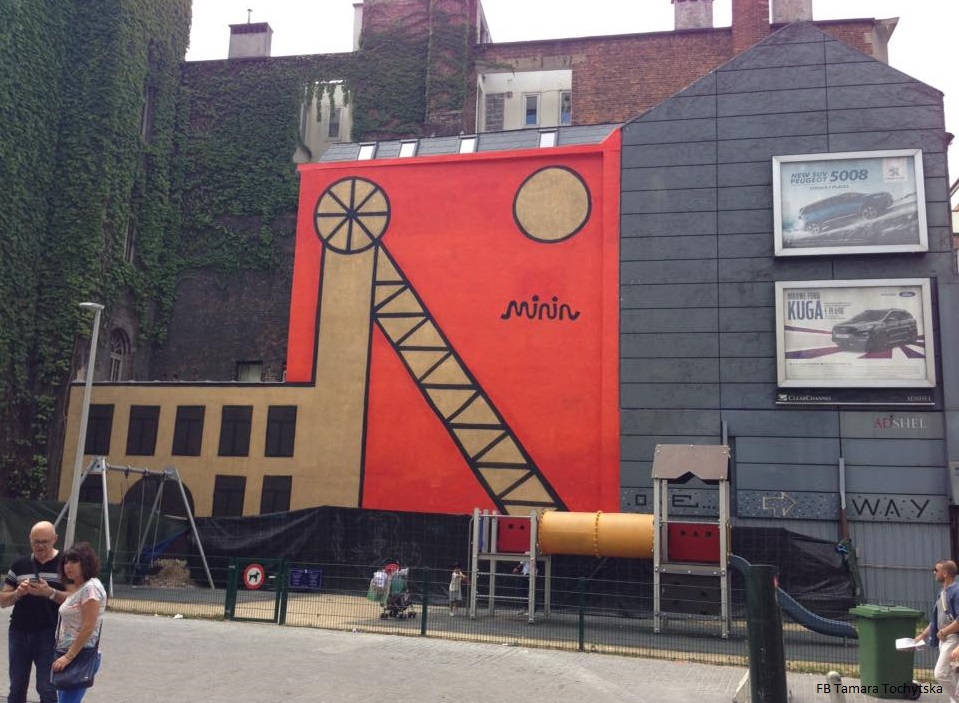 To remind, in March 2016 Ukraine Crisis Media Center displayed for the first time an exhibition of archive documents and photos that open little-known pages of common Ukrainian-Belgian history. Between late 19th and early 20th centuries Belgian entrepreneurs were most active investors into the industry of eastern and southern Ukraine. They founded a series of industrial plants and developed mining industry. Second edition of the exhibition is currently on display in Kyiv, its focus is on the French investment in Ukraine in the same period of time. It is planned that the exhibition will follow the path of the first edition and will be displayed in the cities of Donetsk and Luhansk regions.