In Mariupol sector militants violated the ceasefire eight times. A mortar attack occurred in Maryinka at dawn. It lasted more than an hour, and Russian proxies fired 15 mortar shells. Other attacks happened in Pavlopil-Shyrokyne area, one of them involved mortars and the other light weapons.

Main Intelligence Directorate of the Ministry of Defense of Ukraine reported that up to 200 militants from so-called “4th brigade” of Russia-backed troops decided to leave the service following liquidation of their subversive reconnaissance group by Ukrainian troops on June 24. Some militants have already deserted.

Col. Lysenko also said that 14 Ukrainian soldiers that were wounded in action in Donbas were set off to Germany for medical treatment yesterday. They will be treated in Bundeswehr clinics. “This is the sixth humanitarian action from our German friends. In total, 88 Ukrainian casualties received treatment in Germany in 2014-2017, 79 of them Bundeswehr military hospitals and nine in civil clinics,” said Col. Lysenko. 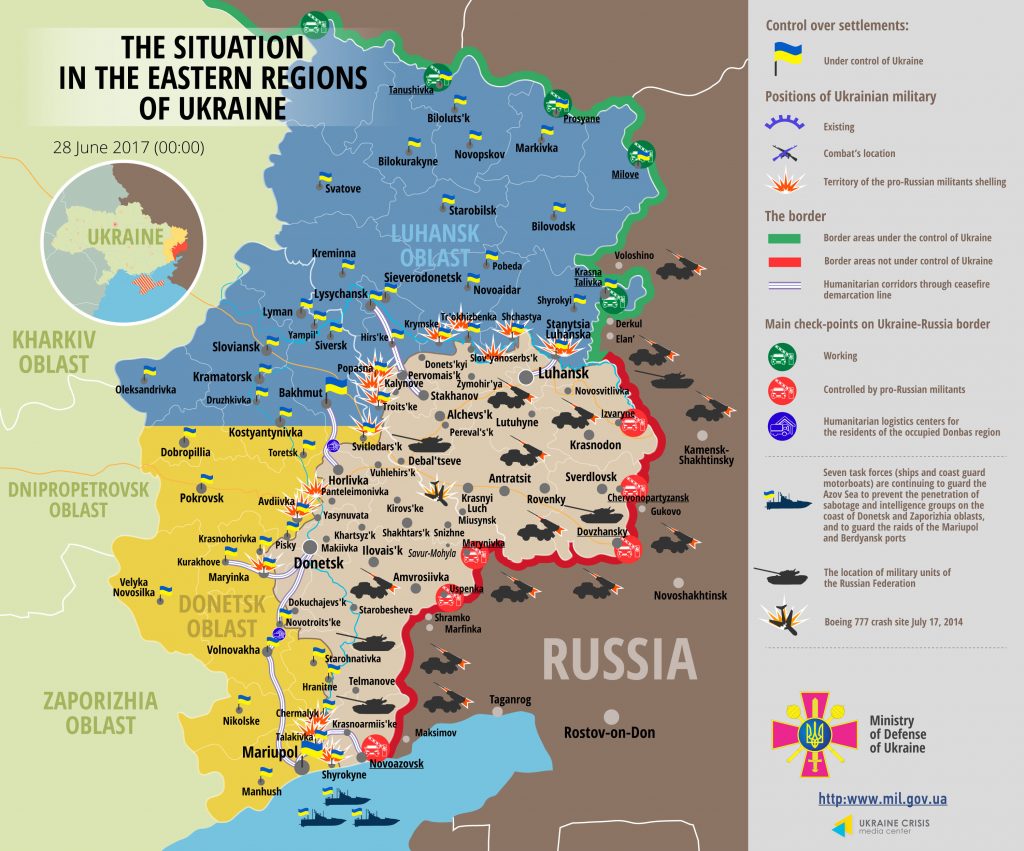 Report on the military developments as of June 27 is available here. Interactive data on the shelling: chronology shelling chart and the interactive map.