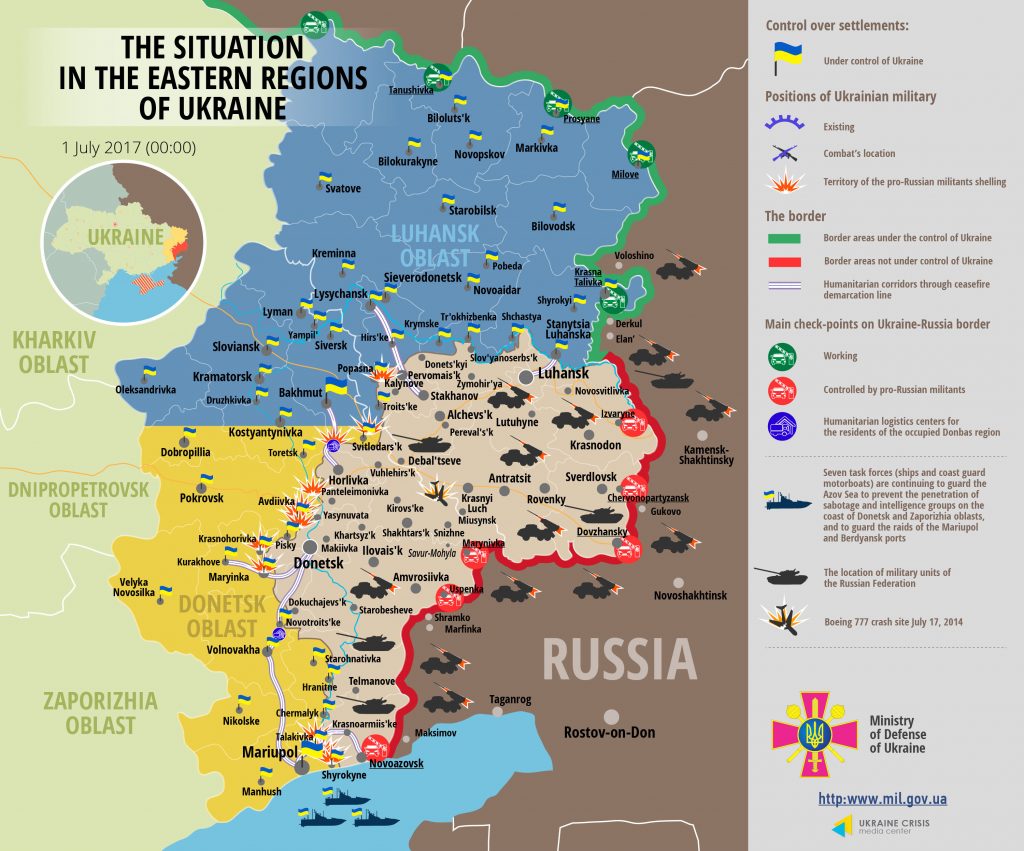 In Mariupol sector Russia-backed militants opened mortar fire at Krasnohorivka and Maryinka. “After 23:00 the enemy also engaged barrel artillery. In total, they fired over 50 shells and projectiles at our positions in 3.5 hours, hitting residential quarters. Ukrainian troops actively responded with fire,” said the spokesman. Mortar attacks and several provocations with light weapons took place in Vodiane and Shyrokyne.

Only one hostile attack occurred in Luhansk sector yesterday – in Novooleksandrivka, where militants used sniper weapons. One Ukrainian serviceman died in combat, and nine were wounded.

A memorial service for killed Ukrainian officers took place in Kyiv yesterday. Maksym Shapoval from the Main Intelligence Directorate of the Ministry of Defense and Yuriy Voznyi from the Security Service of Ukraine died in car bombing on June 27. “The President of Ukraine awarded Maksym Shapoval with post-mortem military rank of Major General and decorated Yuriy Voznyi with the III grade of the Order “For Courage”, said Col. Lysenko.

Report on the military developments as of June 30 is available here. Interactive data on the shelling: chronology shelling chart and the interactive map.