Ukrainian troops incurred no fatal casualties over the last day, yet two servicemen were wounded in action. The incident took place in Mariupol sector as the vehicle of a demining team run over a mine. “The wounded servicemen are in a satisfactory condition now,” said Ukrainian Ministry of Defense spokesman on ATO Colonel Oleksandr Motuzyanyk at a press briefing at Ukraine Crisis Media Center. 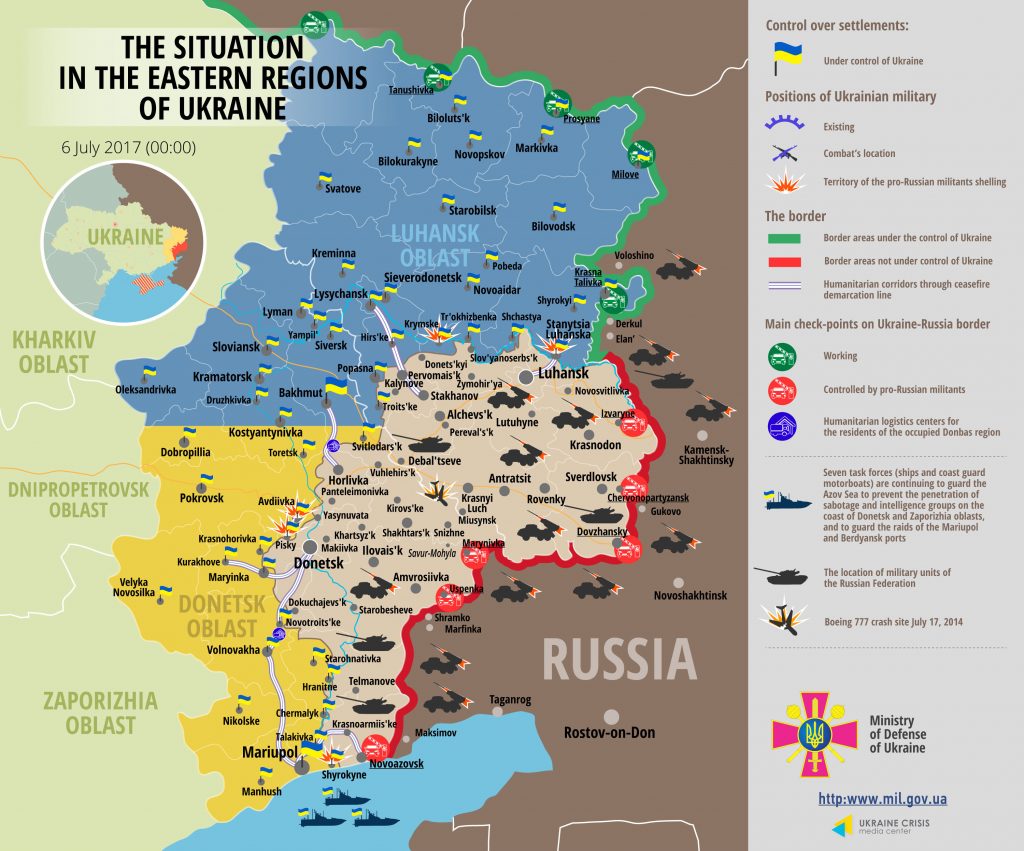 In Mariupol sector combat actions took place in Shyrokyne only. Militants conducted three attacks: two in the day time and one at dusk.

In Luhansk sector hostilities were recorded between 20:00 and 23:00. Russia’s proxies violated the ceasefire in Stanytsia Luhanska and Krymske using mortars in the latter.

Report on the military developments as of July 5 is available here. Interactive data on the shelling: chronology shelling chart and the interactive map.