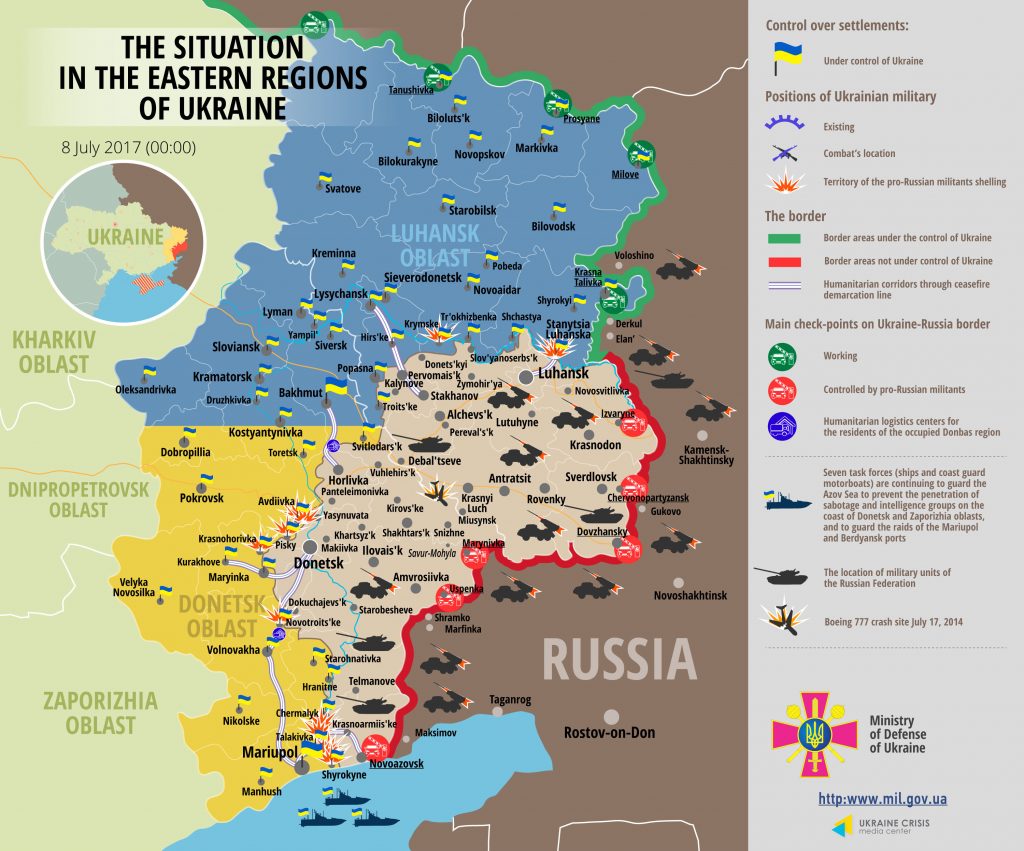 In Donetsk sector, namely in Avdiivka, militants were attacking for almost four hours, occasionally using mortars. In Pisky, they were attacking Ukrainian positions with mortars and tanks for roughly an hour. “The enemy also violated the ceasefire near Shakhta Butovka position,” Col. Lysenko added.

In Luhansk sector, Russian proxies used armor and small arms in Stanytsia Luhanska district. In Krymske, the enemy engaged our troops for 20 minutes.

Yesterday in the evening, near Maiorsk entry/exit checkpoint, two civilians – residents of neighboring Zhovanka village – tripped an unknown explosive device. “A man and a woman were going along the roadside where they stumbled upon a mine laid by the enemy. As a result of the explosion, the man died at the scene. The woman, having sustained severe injuries, was brought to the Bakhmut hospital, where doctors are now fighting to save her life,” reported the spokesman.

No Ukrainian serviceman was killed in action, but four were wounded in Shyrokyne and Novotroitske.