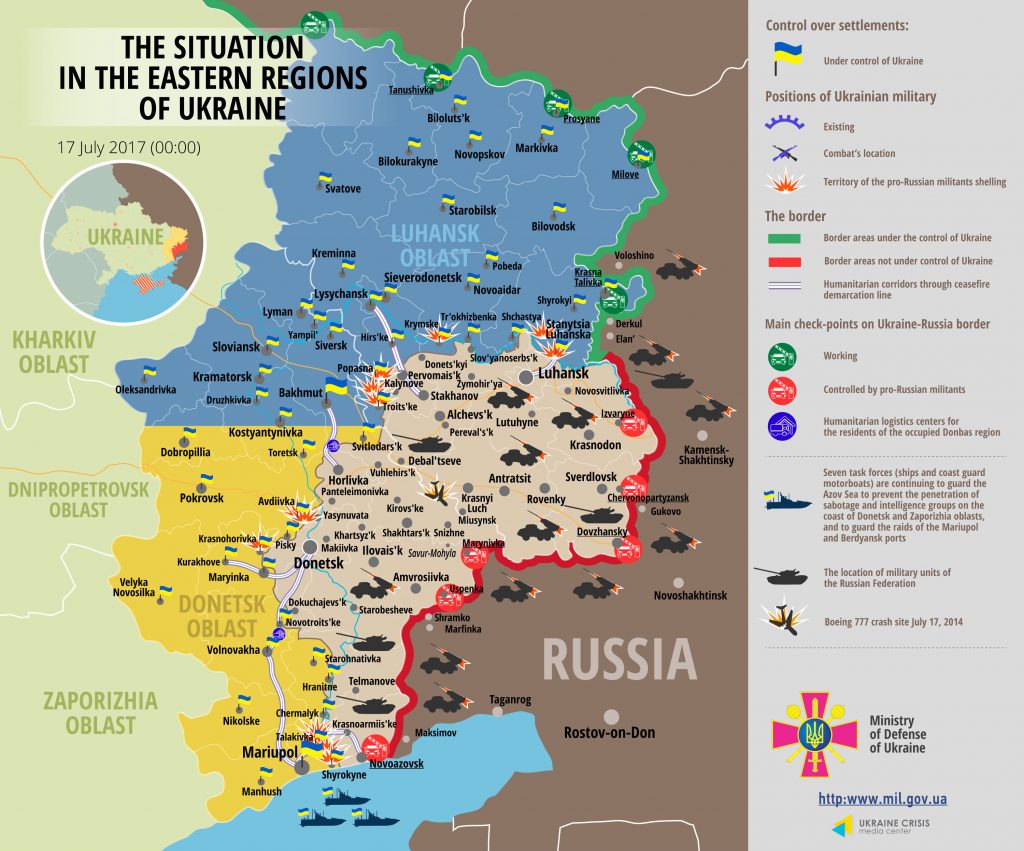 In Donetsk sector militants shelled Shakhta Butovka position and Avdiivka between midnight and 02:00. They used a tank in Avdiivka.  Ukrainian troops returned fire in both cases. The ceasefire held in other areas of the sector.

In Mariupol sector militants violated the ceasefire seven times, using heavy weapons three times. “The morning started with intense artillery attack at Shyrokyne.  They were shooting from 2S1 Gvozdika self-propelled howitzer for over an hour, firing over 40 rounds,” said Col.  Lysenko. Militants were shooting from light weapons and mortars in Hnutove-Shyrokyne frontline. A mortar attack took place late at night in Krasnohorivka.

No Ukrainian serviceman was killed in action yesterday, but one soldier was wounded in hostile shelling of Talakivka.  Moreover, a civilian was wounded near Maryinka checkpoint in the evening.  “The incident happened in the territory not controlled by the government and was militants’ fault,” elaborated the spokesman.

According to the Main Intelligence Directorate of the Ministry of Defense of Ukraine, one militant was killed in action last week and 18 were wounded, mostly in Mariupol sector.

Report on the military developments as of July 16 is available here. Interactive data on the shelling: chronology shelling chart and the interactive map.