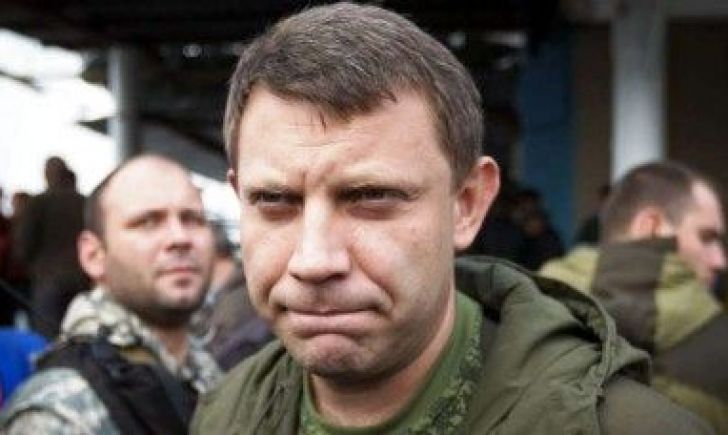 On July 18, Alexandr Zakharchenko, head of the self-proclaimed “Donetsk People’s Republic”, announced the creation of a “transitional state of Malorossiya.” “The situation has reached a dead end. We propose a plan for the reintegration of the country … To stop the civil war, we discussed the situation and came to the conclusion that Ukraine has shown itself as a failed state. The Kyiv regime is unable to stop the civil war … I propose to establish the state of Malorossiya. Malorossiya is an independent young state. The transition period will take up to three years,” said Zakharchenko to journalists.

The terrorists’ website “DAN” reported that “representatives of ‘DPR’, ‘LPR’ and ‘19 regions of Ukraine’ announced the creation of ‘Malorossiya’”, and the occupied Donetsk was chosen as the capital of the fake state. “We, representatives of the former regions of Ukraine (with the exception of Crimea), declare the establishment of a new state, which is the legal successor of Ukraine. We agree that the new state will be called Malorossiya, as the name of Ukraine has discredited itself.” Zakharchenko personally clarified that “Malorossiya will be a multi ethnic state, whose state languages are Malorossiyan and Russian, and which recognizes the rights of speakers of regional languages.”

The scandalous statement by the militants’ leader provoked an immediate reaction of the Ukrainian government, the West and even the Kremlin and representatives of the neighboring “state” of “LPR.”

The reaction of the West: indignation and anxiety

The current chairman of the Organization for Security and Cooperation in Europe, Austrian Federal Minister for Europe, Integration and Foreign Affairs Sebastian Kurz called on Russian-controlled militants not to jeopardize the implementation of the Minsk agreements. 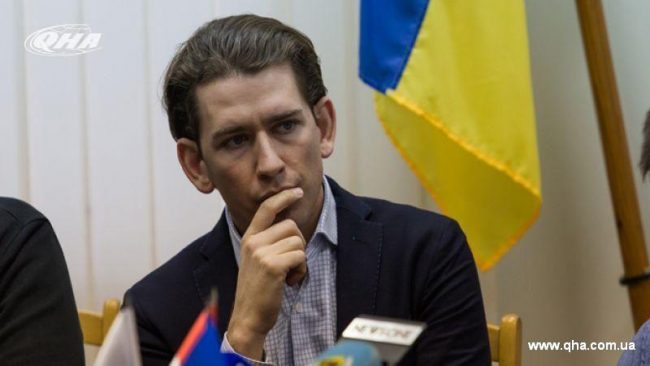 France and Germany, which are members of the “Normandy four”, also immediately responded to “Malorossiya”. The following statement appeared on the website of the Ministry of Foreign Affairs of France: “We urge Russia to condemn this statement, which is a violation of the Minsk agreements and betrays the spirit of negotiations in the Normandy format. Russia should intensify its efforts to end this conflict … France is still committed to the full restoration of Ukraine’s sovereignty and territorial integrity within its internationally recognized borders. The Minsk agreements, signed by Russia and Ukraine, supported by the Normandy format and the United Nations Security Council are the only basis accepted by all parties to achieve a peaceful and lasting settlement of the crisis between the two countries.”

The official Berlin considers this step “completely unacceptable”: “Zakharchenko does not have the legitimate right to speak for this part of Ukraine. We expect that Russia will immediately condemn this step, will not respect and not recognize it,” states the German government.

The reaction of Ukraine: anticipating a new escalation

Oleksandr Turchynov, Secretary of the National Security and Defense Council, said that this statement testified to Russia’s desire to launch an offensive against other regions of Ukraine: “This perverted lunacy, which was written in the Kremlin, and voiced by buffoons like Zakharchenko, testifies to the desire of Moscow’s ‘strategists’ to resume the advancement of military aggression to the west, drawing new regions of Ukraine into the bloodshed.” 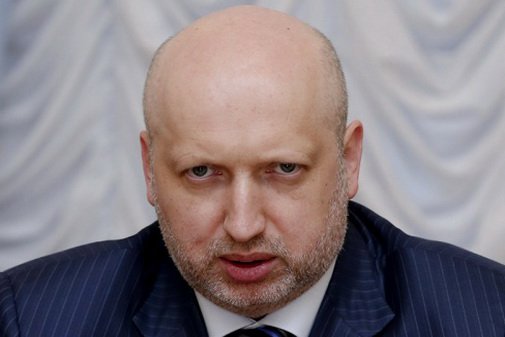 Yevhen Marchuk, who represents Ukraine in the security subgroup of the Trilateral Contact Group, was more pessimistic and said  Russia was trying to block the Minsk process. “Tomorrow we have a meeting, and today Zakharchenko makes a statement which blocks tomorrow’s negotiation process altogether. Tomorrow, whatever the agenda – either the one proposed by the OSCE, or with any amendments – we will begin with discussing Zakharchenko’s statement. For such a statement means that there is nothing to speak about.”

The shortest commentary on Zakharchenko and “Malorossiya” belongs to Petro Poroshenko, President of Ukraine: “The Novorossiya project was buried. Ukraine will restore sovereignty over Donbas and Crimea.”

Close to the Kremlin media claim that Zakharchenko’s statement was completely unexpected for Vladislav Surkov, the assistant to Vladimir Putin, who is responsible for the Russian military operation in Donbas. “The initiative was by no means launched by Surkov,” reported one of the sources. According to him, the idea was put forward by the surroundings of the head of “DPR”. “The administration was not aware of this. This is a personal initiative of Zakharchenko and his people,” confirmed another RBK’s interlocutor.

This position was also confirmed by Dmitry Peskov, Press Secretary of Vladimir Putin. “The statement Zakharchenko made this morning about Malorossiya is his personal initiative. Moscow learned about it from the press. We stay committed to the Minsk agreements,” he stressed. And finally, Boris Gryzlov, Russia’s envoy to the Contact Group on Conflict Resolution in Donbas, also publicly abandoned “Malorossiya”, saying: “This initiative does not fit into the Minsk process. I take it merely as an invitation for discussion. This statement has no constitutive effects,” he said. 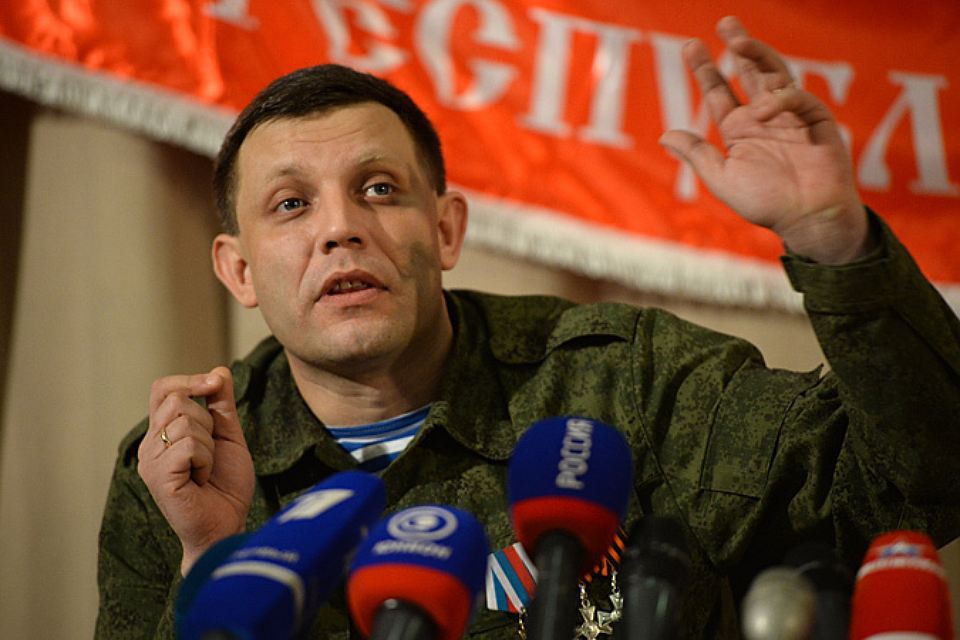 But the most painful stab in Zakharchenko’s back was delivered by the leadership of the neighboring “Luhansk People’s Republic.” Head of the “People’s Council of LPR” Volodymyr Degtyarenko said that LPR “did not send its official delegates to Donetsk to participate in the meeting of representatives of the regions of Ukraine. Moreover, we were not even informed about their intention to hold this event, and this issue was not agreed with us.”

Will the “Malorossiya” project take place?

It seems that the “Malorossiya” project will remain a figment of the imagination of the “DPR” leader. Volodymyr Fesenko, political analyst, Director of the Penta Center for Political Studies, quite logically claims that Zakharchenko’s statement on the establishment of a new state Malorossiya should not be taken seriously. “If there were real plans to create something like this, such a statement would have been made not only by Zakharchenko but at least by Plotnitsky. This statement about the so-called Malorossiya has two possible explanations. The first explanation is politico-psychological. Zakharchenko has already made many such statements. In addition to the liberation of Donbas, he promised to liberate Ukraine, to arrive in Kiev on tanks. Moreover, on the past May 9, he promised to arrive in Berlin. And now he promises to restore Malorossiya. The second explanation is more functional. This statement can be an element of a tactical game aimed at intimidating both Ukrainians and Western negotiators.”

Most likely, Zakharchenko’s epic plans do not threaten Ukraine. But it is not yet clear what consequences will have the DPR leader’s statement for him. Kremlin curators are growing tired of the insane statements of the “president of DPR” and might at some point want to replace him with a character who can keep his mouth shut.