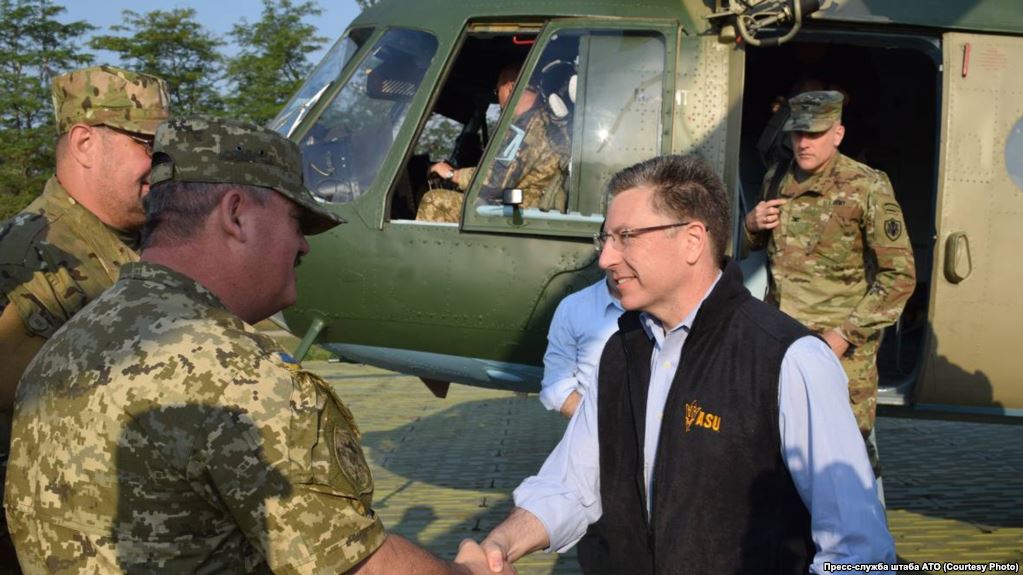 Last week the situation in the combat zone escalated considerably. 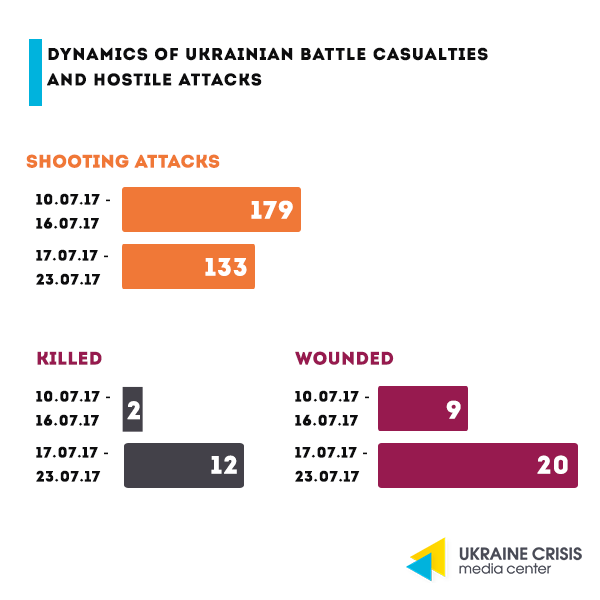 In addition to the above figures, one Ukrainian soldier was captured by Russia-backed militants.

Conflict escalation. Despite the ceasefire, Russia-backed militants do not stop provoking Ukrainian troops. The highest number of attacks took place on July 20 when five Ukrainian servicemen were killed in action (two in Donetsk sector and three in Mariupol sector), eight were wounded in action and one was taken captive.

Russia bolsters forces at the border. The Russian Federation bolstered its military presence at the border with Ukraine with three motor-rifle divisions. The units’ function is to conduct rapid offensive, said the Head of the General Staff of Ukraine Viktor Muzhenko.

OSCE. Militants keep intimidating OSCE representatives. Thus, on July 22 armed militants did not let the mission patrol to Novoazovsk. Despite the obstacles, OSCE monitors registered a large number of military equipment close to the Russian-Ukrainian border.

The US Special Representative for Ukraine Negotiations Kurt Volker visits Donbas. Kurt Volker, US Special Representative for Ukraine Negotiations, and Marie Yovanovitch, the US Ambassador to Ukraine, visited the ATO zone. According to the ATO press-center, they visited the HQ of the operational-tactic unit “Donetsk”. “Our main task is to restore the integrity and sovereignty of Ukraine. A few observations that I would make just after visiting today: this is not a frozen conflict. This is a hot war. It is truly a high degree of suffering as a high human cost to this conflict,” Volker said. The US diplomat refrained from answering the question on the provision of the lethal weapons to Ukraine.

The Red Cross: 106 people went missing in Donbas in 2017. The International Committee of the Red Cross (ICRC) started 106 new cases on the search of the persons who went missing in the conflict zone in Donbas. “The cases relate to the people both in the government-controlled and the uncontrolled parts of the territory,” elaborated ICRC.

Bellingcat: Russia changes the strategy in Donbas. According to Bellingcat, the Russian Federation sent to Donbas more competent troops, as well as introduced new limitations on their stay in the “DPR”/”LPR”.

Bellingcat analyst Aric Toler said that over the time it became more difficult to collect the data on the presence of the Russian army in eastern Ukraine as stricter limits on the use of social networks by the servicemen had been introduced.

According to Toler, over the past two years, the Russian army changed its strategy of participation in the conflict. The army of the Russian Federation is neither shelling Ukraine with artillery nor sending thousands of tanks anymore. Russian servicemen are now mostly dealing with the supplies of equipment, for example, of unmanned aerial vehicles, they also conduct recruitment and training of militants from the local population, Toler said.

Midterm review of the Parliament’s work: achievements and defeats

Ukrainian MPs went on vacation. One month ago, the Parliament elected after the “Revolution of Dignity” reached the midterm of its work after two and a half years of lawmaking. What are the main achievements and failures of the Parliament at its midterm?

Post-revolutionary Parliament. Actual convocation of the Parliament elected after the victory of the Maidan and the escape of President Yanukovych has become the most extraordinary one in the history of Ukraine. Fifty-six percent of the MPs were elected for the first time. Among them were the representatives of the civil society, as well as the combat veterans including commanders. Current convocation is also more gender-balanced: 12 percent of the MPs are women, in comparison to the 9,9 percent in the previous convocation.

Achievements: European choice, security, and anti-corruption. Among the main achievements of the Parliament in the first two and a half years are the important pro-European decisions including the ratification of the Ukraine-EU Association Agreement as well as the introduction of the visa-free regime with the EU. The Parliament has passed over 2,000 laws addressing the key priorities of the national security and defense. The lawmakers voted to adopt the anti-corruption legislation, the laws that regulate the energy policy and the energy security, the PACE resolutions that acknowledge the fact of the Russian aggression in Crimea and in Donbas. The Parliament also passed the laws required to implement the judicial reform, law enforcement reform, de-communization and deregulation in all the spheres of economy.

One of the important laws that help support Ukrainian arts and culture actors was the law introducing quotas for broadcasting in the Ukrainian language: 75 percent of the time on national TV channels and 60 percent on local ones. Another important law is the one introducing social benefits for the servicemen and civilians affected by the Russian aggression in eastern Ukraine or by the annexation of Crimea. Another law introduces reimbursement of the half of the accommodation cost for combat veterans, as well as provides benefits to combat veterans and internally displaced persons asking for a mortgage loan.

The list can be also continued with the law that supports the educational rights of the persons with disabilities. From now on people with disabilities will be able to get educated in any university of their choice.

Defeats: lack of discipline, dependency on the President and broken promises. Despite the list of important laws adopted, experts evaluate the work of the Parliament as generally unsatisfactory. The first problem is discipline. Almost half of the MPs don’t work enough: out of the total 422 MPs, only 45 attended all the sessions. A bit more than 10 percent of the MPs were absent at the 90 percent of the parliamentary voting sessions. The discipline of the actual parliamentary convocation is not much different from that in the Yanukovych times.

Another important problem is the fact that the Parliament is actually implementing the President’s political will instead of balancing it. For example, over the last six months out of the 275 adopted laws, 83 percent were introduced at the President’s initiative, 24 percent at the government’s initiative and only 10 percent by the MPs themselves.

The third problem is that the politicians do not fully stick to their commitments. According to the analysis of the “Slovo i Dilo” online media, over the 900 days of their work, the MPs have implemented less than one-quarter of their promises voiced before the elections. 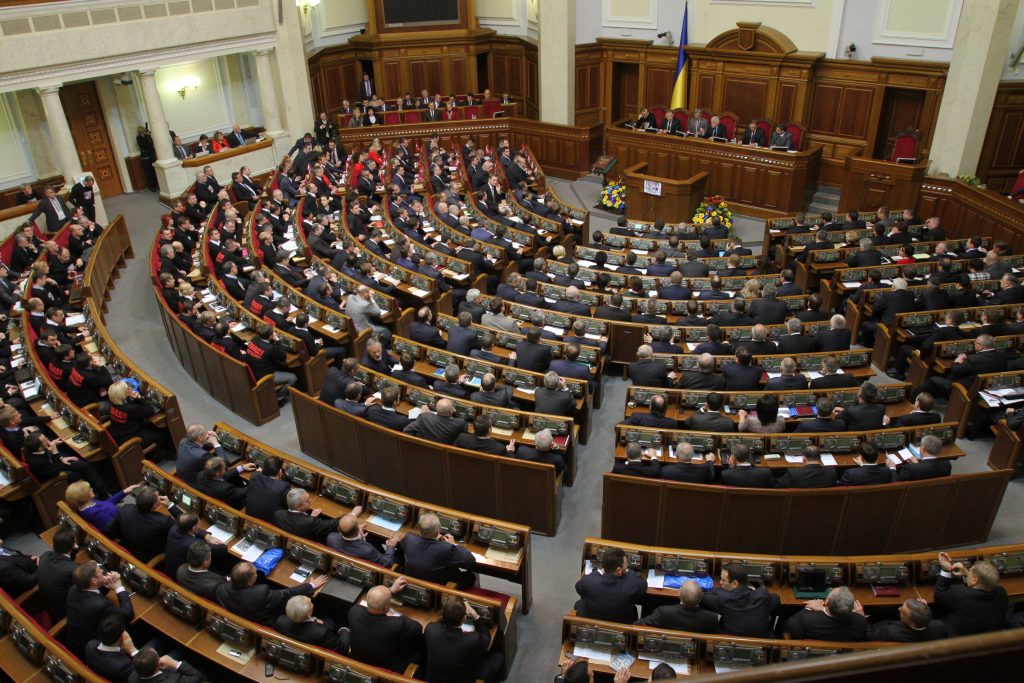 Serbian film director and musician Emir Kusturica arrived in the Russia-annexed Crimea on July 23. He gave a concert in Yalta. Upon his arrival Kusturica said that the annexation of the peninsula was “an organic process”, adding that “Crimea has always been Russia” and that he himself is not afraid of the possible introduction of the personal sanctions against him after performing in the annexed peninsula.

After Russia annexed Crimea and started the war in Donbas, the two-time Cannes award-winner demonstrated support for the Kremlin’s actions multiple times. Responding to this, his upcoming performance in Kyiv was banned.

Foreign nationals coming into the territory of the annexed Crimea through the border crossing points closed by Ukraine, violate the country’s law and thus support Russia’s illegal actions as to the Ukrainian peninsula. 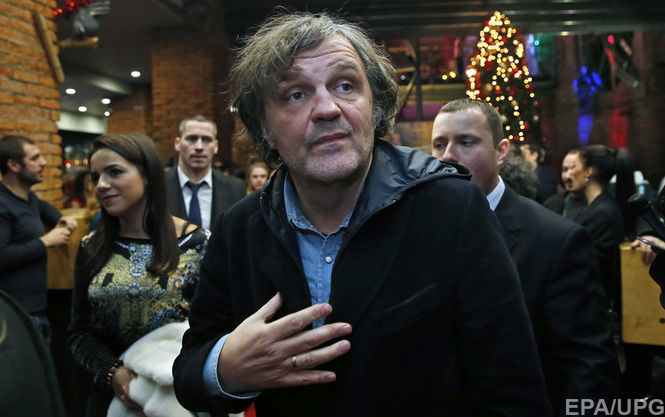 A cultural project set to explore Bessarabia. Arts Department of Ukraine Crisis Media Center and “DE NE DE” initiative started a cultural project aiming at exploring Bessarabia. Bessarabia is the geographic area that comprises part of Odesa and Chernivtsi regions as well as part of the territory of Moldova. The Odesa part of Bessarabia is to be explored in the course of the project. It is a near-the-border area, the local cultural context of which remains little-known inside the country itself. During the first stage of the project, the artists and cultural managers plan to explore the region. The second stage will see cultural projects implemented in the five selected towns of the region. The projects will include artistic events in public space, joint activities with local history museums as well as master-classes for local artists, for example, the one on electronic music for musicians. The project team has already implemented two expeditions having visited the towns of Bilhorod-Dnistrovskyi, Izmail, Tatarbunary, Kilia, Katranka and Podilsk. Follow the project’s news through the Facebook page of “DE NE DE”. 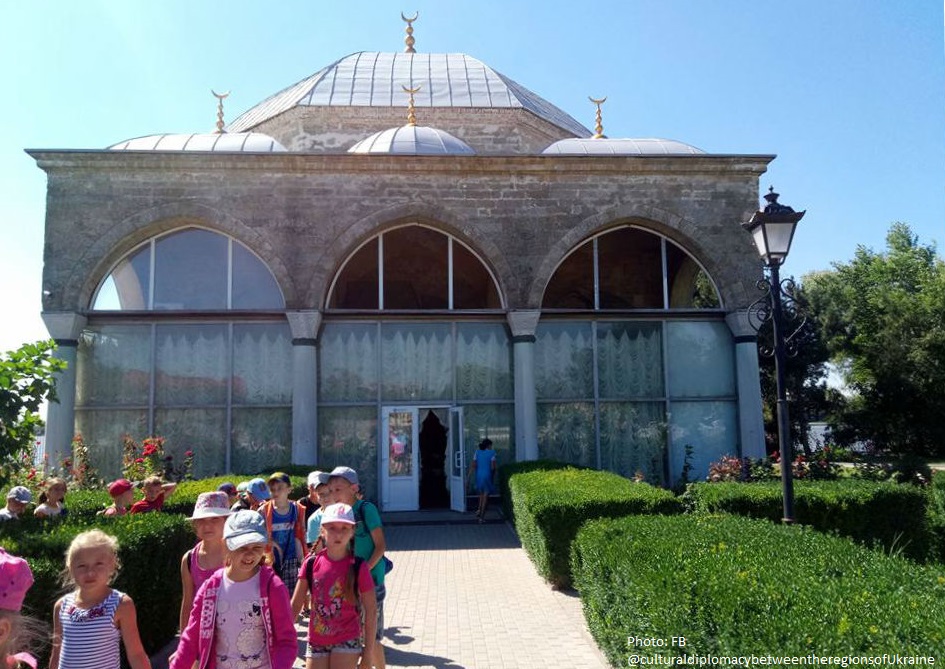 On July 22, Ukrainian athlete Olha Kharlan won gold at the Leipzig World Fencing Championships overtaking Tunisian Azza Besbes (15-5) in the final. The gold became the fifth award at the world championships for the Ukrainian fencer – the previous two were obtained in the individual competition (in 2013 and 2014) and two in the team competition (in 2009 and 2014). 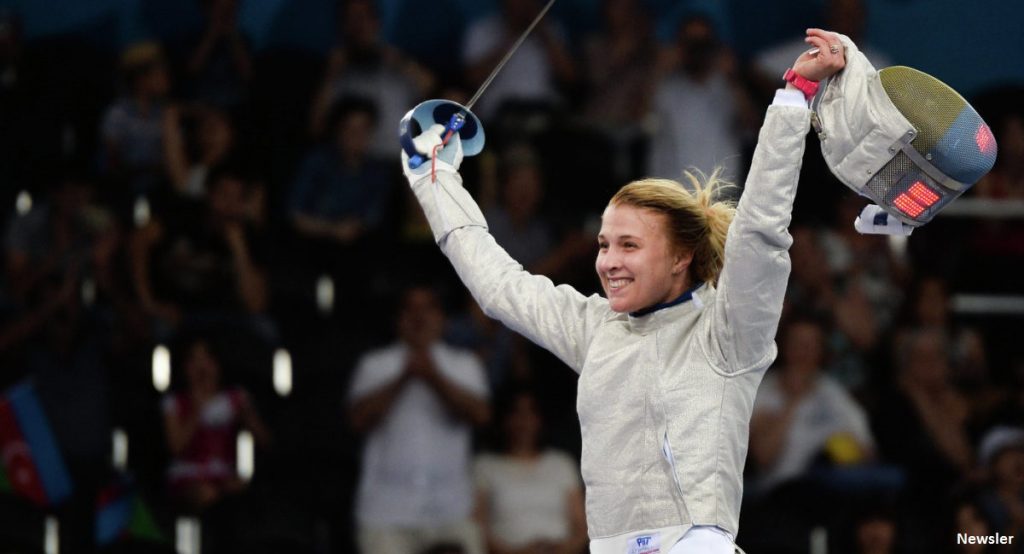 Another Ukrainian fencer Olena Kryvytska won bronze at the Championships.

Our selection of English-language materials by Ukrainian media
Reportage

”What to expect from the new U.S. Ambassador to Russia”  – the column of Volodymyr Ohryzko for UNIAN