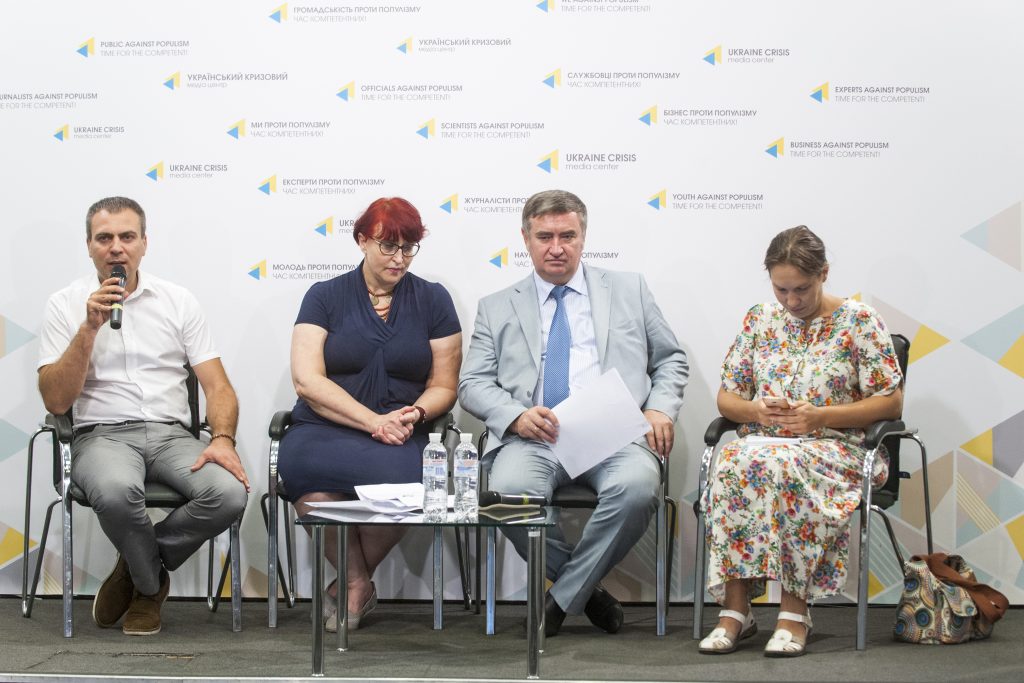 At an open hearing of Public Council of the Ministry of Social Policy held at Ukraine Crisis Media Center officials and experts explained and commented on details of the suggested reform in the healthcare and pensions system.

At present, there is a significant difference in the amount of pension different people get with the same working experience depending on the year when they retired. In order to solve this problem, pensions will be recalculated in October. “Recalculation will be based on the average level of salary in 2017. According to our calculations, nearly five million retired Ukrainians will see a certain increase in pensions. The pensions will be recalculated according to one formula based on former salary and pension insurance record,” explained Mykola Shambir, Deputy Minister of Social Policy of Ukraine.

Indexation of pensions is one of the changes introduced by a governmental draft law “On amendments to several laws of Ukraine regarding pensions”. It has already been adopted in the first reading. Indexation will be held every year (if there is enough money in the state budget), based on 50 + 50 formula (50 per cent of the increase in average salary and 50 per cent of inflation).

Shambir added that people of retirement age who continue working can obtain both pension payments and salary. “There will be no any limitations in pensions payments for working retirees”, he emphasized.

The reform of pension system should ensure pension payments for retirees at the level of 60 per cent of their former salary, noted Halyna Tretiakova, General Director of the Ukrainian Security Federation, Senior Expert of the Pension Reform Group of Reanimation Package of Reforms. Reduction of “shadow” sector would significantly improve the situation. Ideally, Ukrainians should have access to all saving mechanisms functioning in developed countries, starting from individual pension saving accounts.  “If we don’t launch mechanisms to concentrate our capital, even small capital, economic development will be impossible. And without a strong economy we won’t ensure reliable healthcare and pensions,” Tretiakova stressed.

Oleksandra Betliy, a research assistant at the Institute for Economic Research and Policy Consulting, Expert of the Reanimation Package of Reforms, reminded the key ideas of health care reform. “This would increase the efficiency of use of funds allocated for the healthcare. The healthcare will be still financed from the state budget, and we launch a voluntary health insurance which does not exist at present so that these two systems would complete one another. These changes would help to legalize money given to hospitals by the patients,” she explained.

The cost of services in secondary care facilities has not been calculated yet because of lack of necessary statistics. “A pilot project has been launched in 100 facilities to get statistic data and calculate the cost of so-called diagnosis-related groups (DRG). This methodology is used in many countries,” noted Olena Betliy.

According to Ms. Betliy, an alternative draft law with provisions about a compulsory health insurance would not solve systematic problems in Ukrainian healthcare. This draft law was initiated by opponents of the government draft law and will be probably submitted to the Parliament in September.  “Compulsory health insurance requires bigger inputs from the salaries, but we have just reduced the unified social tax to encourage businesses to step out of the shadows. This is an additional source of funding but not a solution to existing problems. There is no need to do this,” she emphasized.