Russia-backed militants in the east of Ukraine continue violating Minsk agreements. “Yesterday they had been blocking the OSCE SMM carrying video equipment for seven hours, without any explanations. The incident happened near Olenivka,” reported Ukrainian Ministry of Defense spokesman on ATO Andriy Lysenko at a press-briefing at Ukraine Crisis Media Center. 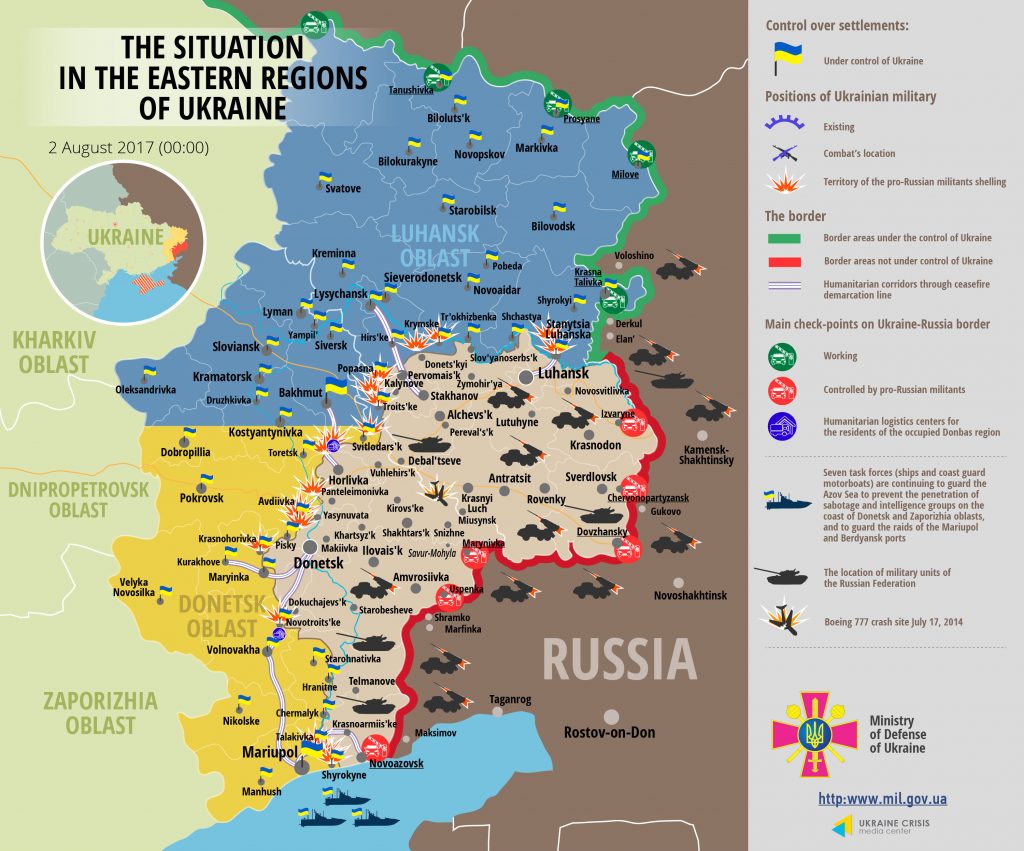 In Mariupol sector, the militants attacked the outskirts of Vodiane with Minsk-proscribed MLRS. “At the same time militants organized a provocation, exploding engineer ammunition near Staromykhailivka, with the intention to pass it off as shelling from the government-controlled territory,” added Col. Lysenko. Meanwhile, major hostilities took place in Lebedynske, with four militants’ attacks taking place between the afternoon and the sunset. Each of the attacks continued about 30 minutes. “They fused heavy machine guns and grenade launchers, as well as IFV’s mounted weapons. In addition, militants fired one mortar round,” elaborated the spokesman. Moreover, they conducted three small arms attack in Krasnohorivka, Novotroitske and Talakivka and fired three mortar rounds in Shyrokyne. In total, militants violated the ceasefire nine times in Mariupol sector, using mortars in two attacks.

One Ukrainian serviceman was killed in action yesterday, two more were wounded.

Report on the military developments as of August 1 is available here. Interactive data on the shelling: chronology shelling chart and the interactive map.