In Donetsk sector, hostilities continued along the entire frontline, with the exception of Svitlodarsk area. The largest number of hostile attacks was recorded in Zaitseve, Avdiivka, and Nevelske. The enemy used only light weapons. The longest attack continued for almost two hours,” said Ukrainian Ministry of Defense spokesman on ATO Colonel Oleksandr Motuzyanyk at a press briefing at Ukraine Crisis Media Center. 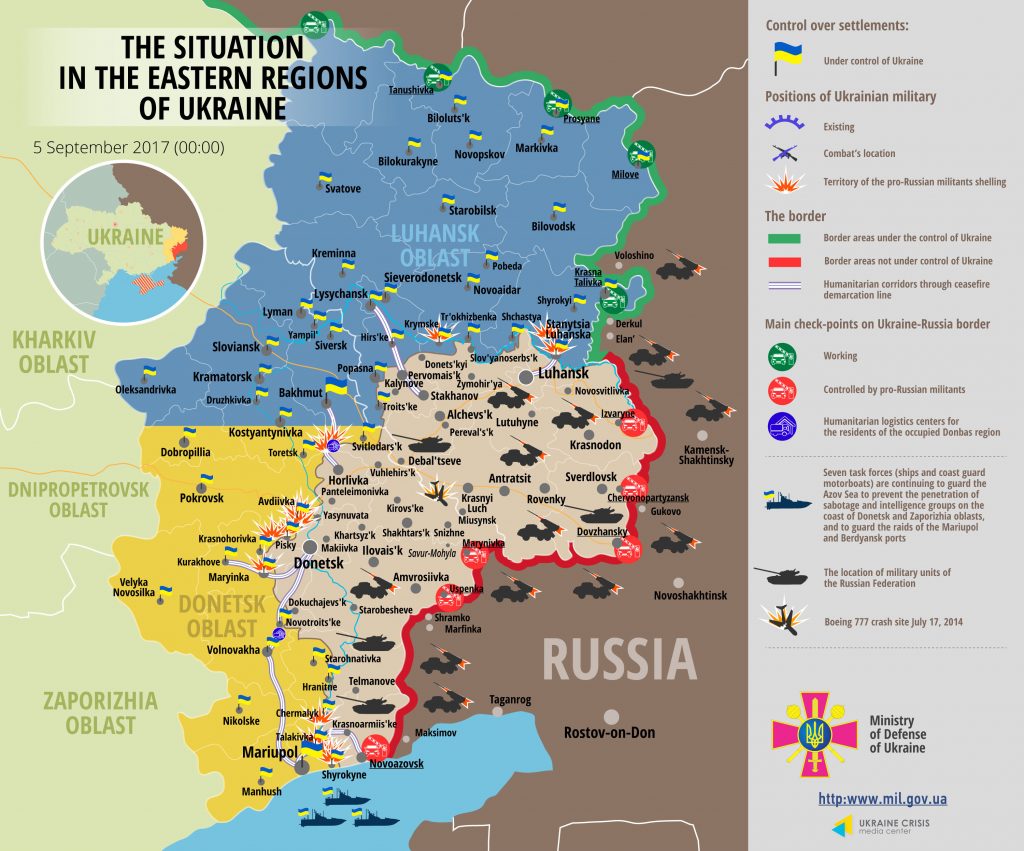 In Mariupol sector, the situation was the most restless in the south, namely in Pavlopil-Shyrokyne frontline. Militants were traditionally active at night.  “Russian proxies conducted two attacks in Maryinka.  In both cases, Ukrainian troops returned fire,” added the spokesman.  A total of 17 hostile attacks took place in Mariupol sector yesterday.

No Ukrainian troops were killed or wounded in ATO zone yesterday.

Report on the military developments as of September 4 is available here. Interactive data on the shelling: chronology shelling chart and the interactive map.