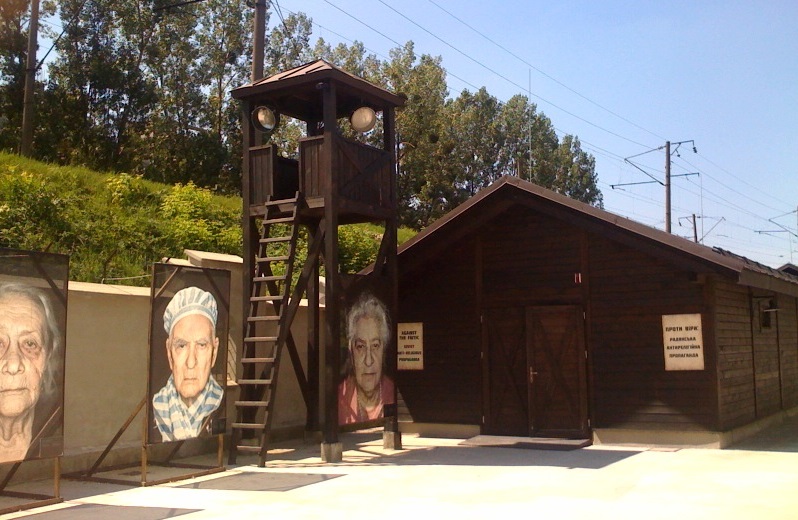 Portraits of former concentration camp prisoners seen through the lens of Italian-German photographer Luigi Toscano are on show at the “Territory of Terror” museum complex in Lviv. The project called “Lest We Forget” comprises a series of photo portraits of people who became victims of the Nazi regime during World War II. It is one of the first large-scale exhibition projects of the museum.

Luigi Toscano was meeting the project characters in Germany, the U.S., Israel, Ukraine and Russia. They are former prisoners of ghettos and concentration camps as well as Ostarbeiters – people forcibly taken to work in Germany. Over the year of work the photographer recorded over 200 stories, a photo portrait corresponds to each of them. At the exhibition in Lviv the photographs are showcased in the big format – two per three meters, in the museum’s open-air space. Each portrait is accompanied by a brief story of the character. In Ukraine Toscano worked in Kyiv and Kyiv region.

The project also includes the same-name illustrated book and a mobile application. Luigi Toscano is currently working on a documentary “Lest We Forget” that will be based on interviews that he made with the characters of the photo project.

The exhibition was presented for the first time in Mannheim, Germany, photographer’s native city, in 2015. Back then the photographs were exhibited in the windows of an old fire station. The project was presented in Ukraine for the first time one year later – in Babyn Yar in 2016, then in the city of Dnipro. The exhibition in Lviv is on till September 10.

The setup of the “Territory of Terror” museum complex in Lviv is still an ongoing process both from the technical and administrative points of view. The museum is located on the place of one of the biggest ghettos in Eastern Europe (1941-1943), and where later in the Soviet times the transit prison no.25 existed (1944-1955).

The museum aims at researching and rethinking the repressive actions of the totalitarian regimes in Ukraine’s territory in the XX century. The research particularly focuses on World War II times and the Soviet era. During the two years of the Nazi occupation over 250 thousand people were killed in the Lviv ghetto and in the Yanivsky concentration camp, big part of the victims were Jews. Within the decade of its existence the transit prison saw over 500 thousand prisoners transferred from it, they came from the regions of Halychyna, Volyn, Zakarpattya and Bukovyna. Most of them were members of the Ukrainian national resistance movement or prisoners of war.

On the territory of the museum complex (Chornovola str. 25) parts of the original infrastructure have been recreated including two barracks, a watch tower, and barb wire fences.