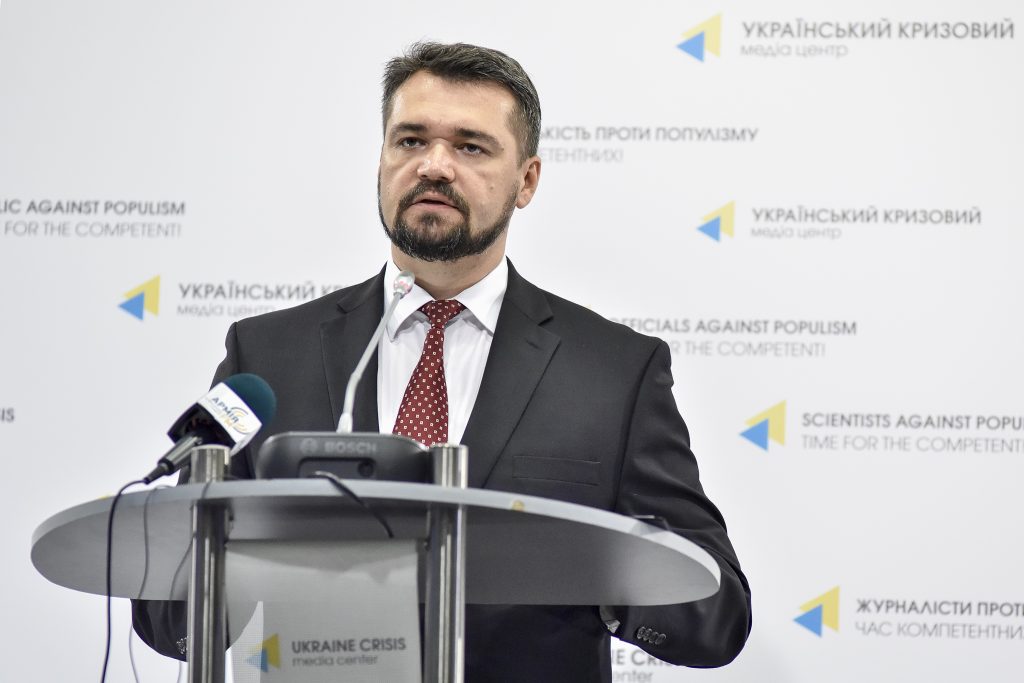 Combat situation across the frontline remains rather tense, yet well-controlled by Ukrainian Armed Forces. Russia-backed militants increased the number of heavy weapons use, especially in the Mariupol sector, where instances of artillery fire by the enemy were recorded throughout the week. Overall, militants opened fire 71 times at Ukrainian positions along the contact line using heavy weapons, which is 40% of all truce violations last week. The total number of ceasefire violation by the enemy amounted to 229.

The number of ceasefire violations ranged between 47 yesterday, August 20, at the highest point and 25 on Friday, August 18, at the lowest, reported Ukrainian Ministry of Defense spokesman Vilyen Pidgornyy at a weekly briefing held at Ukraine Crisis Media Center.

The enemy attacked Ukrainian Armed Forces for the most part at Popasna district and at Bakhmut road area. Novooleksandrivka and Novozvanivka villages were the major hotspots in Popasna area. In Krymske, attacks of Russian proxies remain the most intense compared to other Ukrainian strongholds at the Bakhmut road. In both areas, militants intensified shellings after dark. At the same time, in Krymske, the enemy applied heavy weapons more often than elsewhere in the Luhansk sector. The heaviest enemy shelling in the Luhansk sector over the week took place in Krymske on Friday, August 18. Then, within an hour after midnight, the enemy fired at Ukrainian positions more than 60 mortar bombs.

Last week, the daily number of cease-fire violations by the enemy ranged between 4 and 19.

Combat actions took place throughout the entire frontline, however, about half of all instances of cease-fire violations by the enemy accounted for Avdiivka. There, Russian proxies, were engaging Ukrainian positions from three directions, namely Yakovlivka , Yasynuvata and Spartak. The enemy used mortars and armored vehicles during every other attack in Avdiivka. However, militants did not limit their arsenal exclusively to mortars and infantry fighting vehicles. Occasionally they opened fire using tanks, as well as rocket and cannon artillery. In addition, Ukrainian positions at Svitlodarsk, Horlivka perimeter and near the Donetsk airport remain areas of enemy attention in the Donetsk sector. In these areas, Moscow-controlled militants continued to violate cease-fire regime using small arms and light weapons and occasionally reverting to heavy weapons.

Last week, the daily number of cease-fire violations by the enemy in the Donetsk sector ranged between 9 and 21.

The major military confrontation took place in Maryinka district and in the frontline area close to the Azov Sea. The latter area accounted for the vast majority of enemy fire episodes in the sector. Day after day, militants shelled Ukrainian positions in Pavlopil, Hnutove, Vodiane and Shyrokyne. Another peculiarity of last week`s hostilities in the Mariupol sector was the active use of heavy weapons by the enemy, especially high-caliber artillery and portable rocket launchers “Grad-Partizan”, along the entire frontline. For instance, on Wednesday, August 16, the enemy has been shelling Ukrainian positions near Starohnativka for an hour having fired over 40 artillery rounds. The same day, “Grad-Partizan” launchers and 122-mm howitzers were applied by the enemy near Vodiane village.

Last week, the daily number of cease-fire violations by the enemy ranged between 3 and 18.

The total number of casualties amongst Russian proxies is 30 militants killed and 51 wounded over the week. In addition, enemy lost a tank, a mortar & a truck in combat.

Over the week, Ukrainian troops registered 7 episodes of enemy drones performing aerial reconnaissance. Ukrainian military intelligence confirmed that one of the UAVs was launched from Russian territory neighboring with Stanytsia-Luhanska district of Luhansk region.

Chief Directorate of Intelligence of the Ministry of Defense of Ukraine reports of the ongoing military assistance of Moscow to its proxies. Last week Russia delivered 360 tons of fuel in six railway tank-cars which is three times less than a week earlier.

Over the week, Ukrainian authorities arranged for access and safe passage through government checkpoint on the contact line of the five trucks loaded with humanitarian aid for civilians living in the territories in eastern Ukraine temporarily uncontrolled by Ukrainian Armed Forces. 62 tons of hygiene materials, medicine and building materials were provided by the International Committee of the Red Cross as well as foreign charity fund.