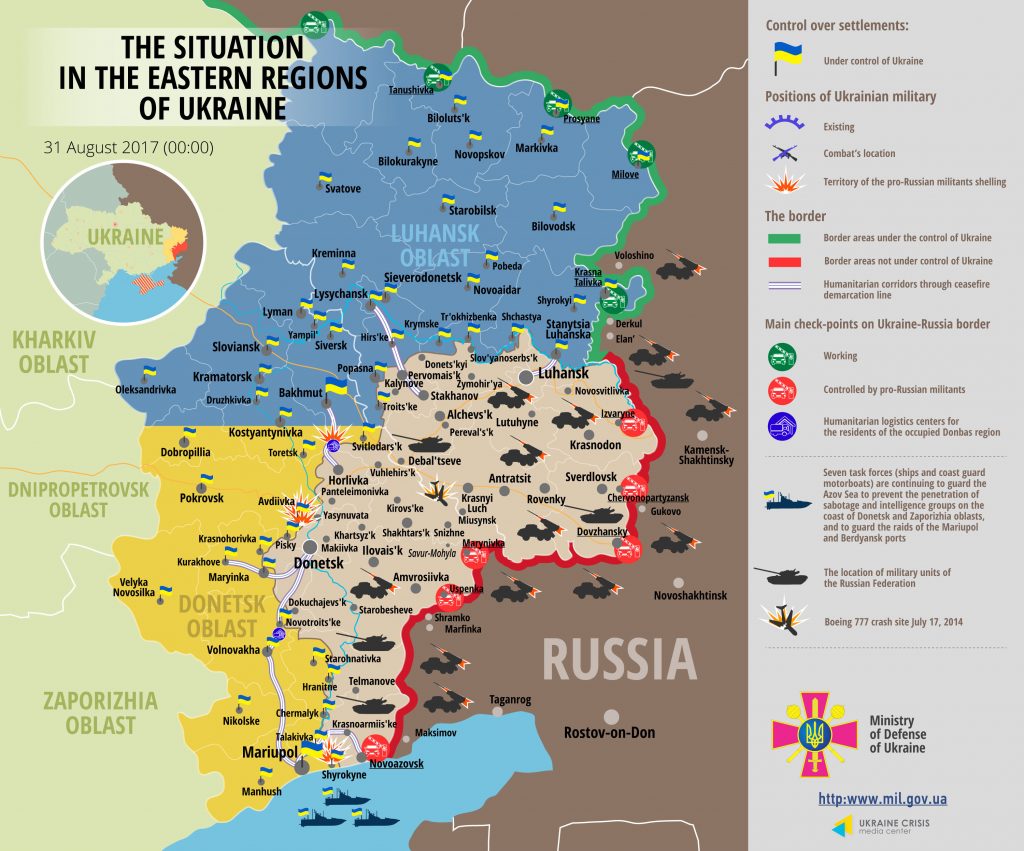 In Mariupol sector, the hostilities took place in the southern area yesterday. “The enemy conducted four attacks here: two in Lebedynske and two in Vodiane and Shyrokyne involving large machine guns,” said the spokesman. Militants used mortars in the afternoon, firing four rounds after the first attack on Lebedynske.

Report on the military developments as of August 30 is available here. Interactive data on the shelling: chronology shelling chart and the interactive map.