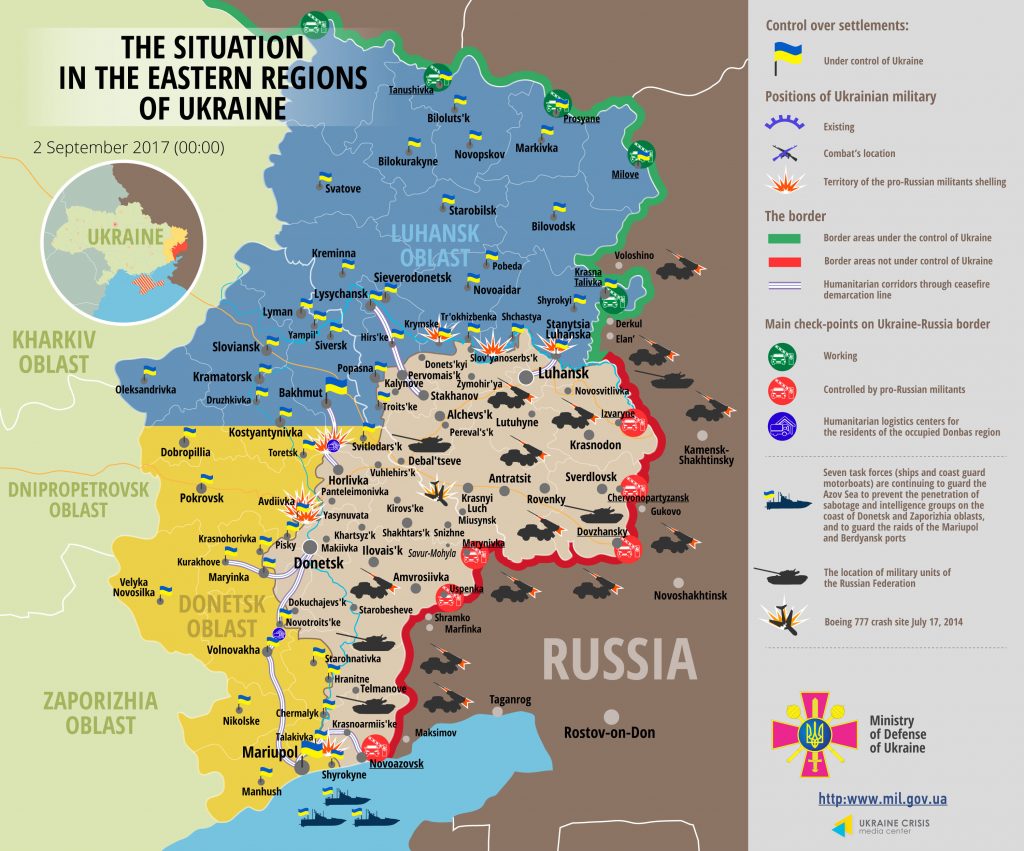 In Donetsk sector, Avdiivka and vicinities remain the epicenter of hostilities.  Russian proxies systematically opened small arms fire. The situation remains tense in the northern outskirts of Horlivka, namely in Zaitseve and Maiorsk. Militants were using light automatic weapons both during the day and at night. In total, Ukrainian troops recorded 14 hostile attacks in this sector.

In Mariupol sector militants violated the ceasefire twice, attacking the area near Vodiane with small arms after the sunset.

No Ukrainian serviceman was killed or wounded in action.