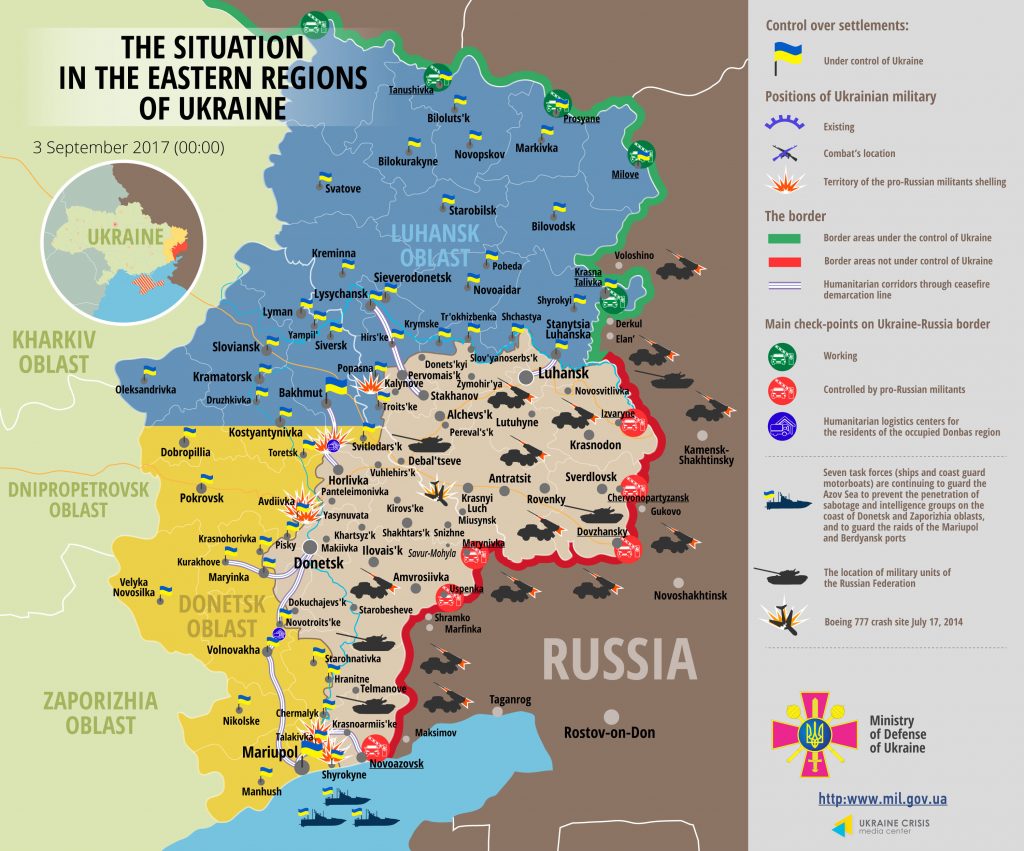 In Luhansk sector Russia-backed militants violated the ceasefire only once attacking Novozvanivka with grenade launchers around 20:00.

In Mariupol sector, militants conducted attacks in its southern mostly. “Around 06:00 militants opened grenade launcher fire at Talakivka. Following this, the ceasefire held along the entire frontline till the evening. Russian proxies conducted several small arms attacks on Hnutove, Talakivka, Vodiane and Shyrokyne between 19:00 and midnight,” said the spokesman. In total, militants conducted 10 armed provocations in this sector yesterday.

One Ukrainian serviceman was wounded in action yesterday.  It happened near Zaitseve in a hostile attack.

Report on the military developments as of September 2 is available here. Interactive data on the shelling: chronology shelling chart and the interactive map.