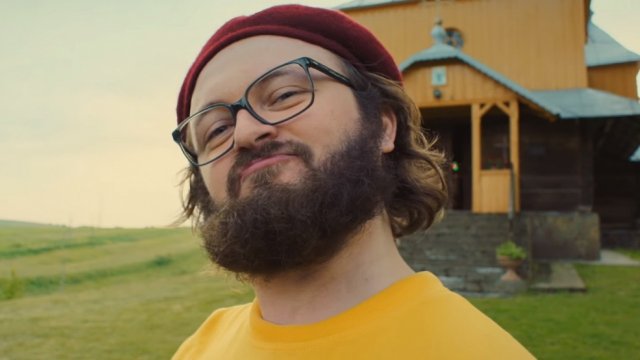 UCMC offers a translation of a news piece on the commercial success of the Ukrainian film industry originally published by Zaxid.net.

Next year the Ukrainian cinematography will mark its 125th anniversary. Despite the considerable cultural input on the international scale, Ukraine-produced films have rarely been a commercial success, not to mention their less favorable position in the box office against the Hollywood blockbusters. However, we have some good news to share.

Last week for the first time in the history of the Ukrainian cinema the top-10 of the weekend box office was headed by a Ukrainian film. It’s the comedy “Dzidzio Contrabass”.

The film by Oleh Borshevskyi has set a few more records. In the first four days after the premiere, the box office reached UAH 7,65 million (approx. $294 thousand) in 218 cinema halls. The previous Ukrainian film to have set the record was “People’s Servant-2” (Sluga Narodu-2) which made UAH 5,2 million (approx. $200 thousand) over the first weekend. Moreover, 101,890 visitors went to see the film between Thursday when it was premiered and Sunday. The previous record was set in November 2014 by the drama “Povodyr” – 94,754 viewers in four days.

The result the comedy has demonstrated at the start gives all grounds to expect that it will become the first Ukrainian film to have fully covered its production expenses through the national distribution, reports industry web site Kinobusiness.

It’s worth noting that the national box office results of the “Dzidzio Contrabass” is comparable to the results of Hollywood movies. Thus, the box office of Edgar Wright’s “Baby Driver” launched in 268 cinemas a week ago was UAH 7,3 million (approx. $280 thousand).