No Ukrainian serviceman was killed in action in ATO zone yesterday, but five soldiers were wounded in hostile attacks. Most casualties were sustained in Mariupol sector, reported Ukrainian Ministry of Defense spokesman on ATO Colonel Andriy Lysenko at a press briefing at Ukraine Crisis Media Center. 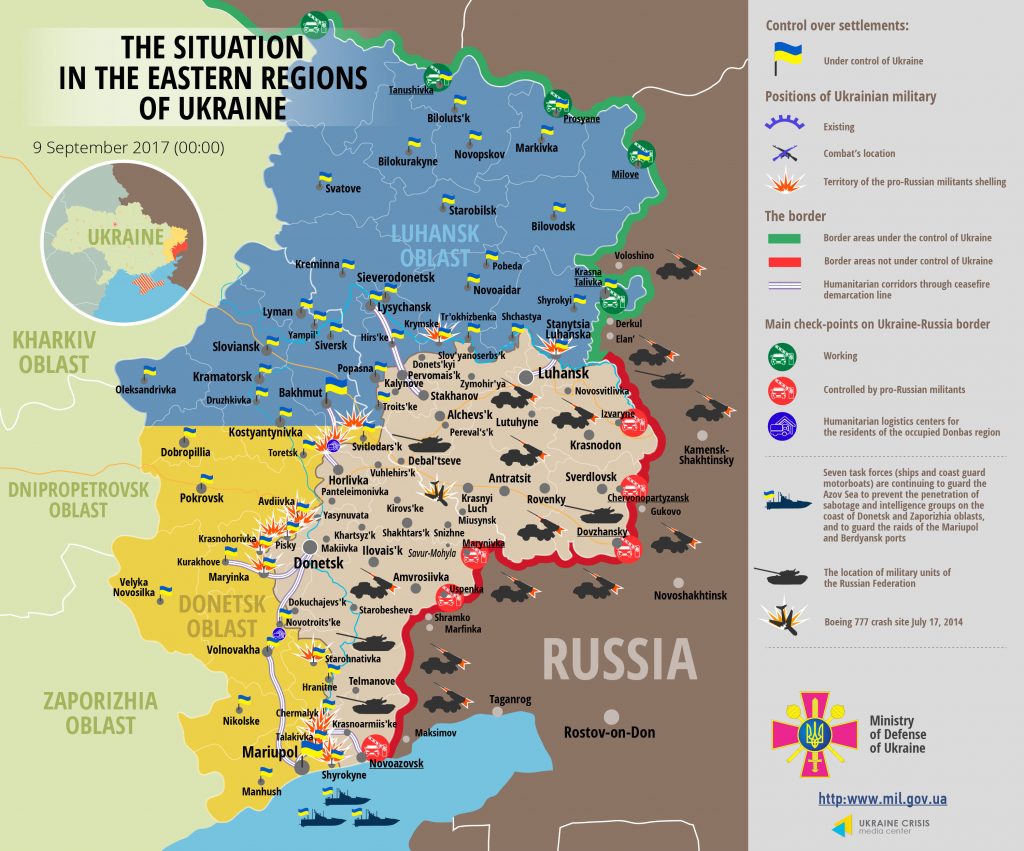 In Mariupol sector, the situation remains tense in Maryinka area. “A hostile sniper was active in Maryinka in the morning, and militants were engaging our positions with grenades and small arms in the afternoon. Later they opened mortar fire around 20:00,” said the spokesman. The situation was calmer in Krasnohorivka. Militants violated the ceasefire only once there, using grenade launchers in the afternoon.  In the southern area of the sector militants violated the ceasefire in Starohnativka, Pavlopil, Hnutove, Lebedynske, Vodiane, and Shyrokyne, using only light weapons.

Report on the military developments as of September 8 is available here. Interactive data on the shelling: chronology shelling chart and the interactive map.