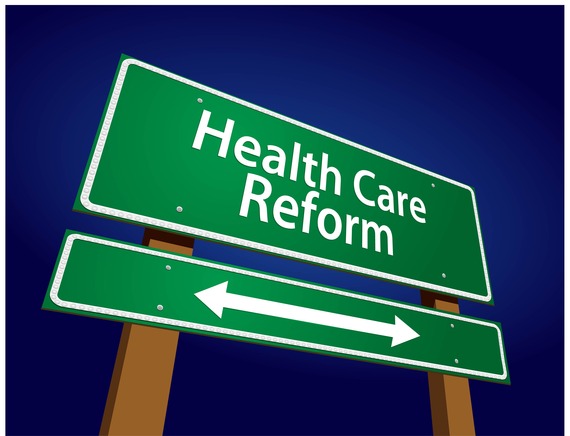 Ukraine has been feeling the need to reform its medical sector for over a quarter of a century – since Ukraine gained independence. After the victory of the Maidan, the idea of a healthcare reform became even more urgent: public opinion polls show that only 10% of citizens are satisfied with the health system. Since 2014, there have been three health ministers in the country. Ulana Suprun, acting Minister of Health since July 2016, has come up with a proposal for a major reform that can change the image of Ukrainian medicine. What is the essence of this reform? What will change for ordinary people? Who and why oppose the implementation of the reform? UCMC made an attempt to get to the bottom of it.

Why do we need the reform: the myth of free medicine

Ukraine inherited the Soviet system of free public medicine for all and enshrined it in the Constitution. But reality turned out to be completely different: budget deficit, economic crisis, and lack of reform led to the fact that, despite the declared gratuitousness, Ukrainian medicine became synonymous with “corruption” and “bribes”. For example, according to 2016 WHO report, Ukrainians spent over 25% of their income on treatment.

The Ministry of Health, headed by Ulana Suprun, gives a bit more optimistic figures. They estimated that in 2016 an average Ukrainian family spent 4,580 hryvnias (150 euros) a year out of their own pocket – the equivalent of the country’s average monthly salary.

It should be specified that Ukrainian medicine is 85% state-owned (free of charge), private practice covering only 15% of the market. Only about 20% of the population of Ukraine can afford treatment in private medical institutions.

Thus, Ukrainians spend a lot of money in both public and private sectors for the opportunity to receive medical treatment, however, the state budgeted money equivalent to 3.5% of GDP for health care (in 2017). So, the question is: is there really free medicine in Ukraine, and or does it exist only on paper?

“Grey economy” in the medical field

The answer to the question of why Ukrainians spend considerable money on “free” medical treatment is simple: the economy of the medical sector is a gray economy that exists due to patients’ shadow payments: bribes to doctors or “charitable donations” to hospitals, and also paying for medicines. Experts of the Anti Corruption Action Center have repeatedly drawn attention to the fact that some medical workers’ declarations include expensive cars, thousands of square meters of real estate, and millions of hryvnias in cash, which rarely match up with their official salaries.

Ukrainian patients often pay for everything, as doctors claim that “the budget does not have funds.” For example, patients are forced to buy medicines or vaccines, which have already been purchased at a budget cost, out of their own pockets. Or, say, when one hospital asks more than the neighboring one for the same operation, without explaining the mechanism of pricing. According to the World Health Organization’s global data base, up to 3.6% of Ukraine’s GDP is spent by the patients themselves for treatment – more than the state.

Despite the high price paid by Ukrainians for medical treatment, the results are rather disappointing. The quality of health services in public institutions is low. The average life expectancy of Ukrainians is 71.3 years, which is ten years less than in Western Europe. The infant mortality rate in Ukraine is twice as high as in Europe. According to the World Health Organization (WHO), Ukraine is second in the world in terms of mortality from cardiovascular diseases and second in Europe in terms of the spread of cancer and tuberculosis mortality. Most doctors do not adhere to international protocols and principles of evidence-based medicine. According to experts, up to 50% of medicines in the pharmaceutical networks of Ukraine are pirated.

5 things the reform aims to change

What does the MOH team suggest? The reform includes a large number of innovations in the financial, organizational and logistics spheres, of which five main innovations should be highlighted.

The main part is the new mechanism of financing health care sector: the state will allocate money for the specific needs of a patient instead of financing hospitals, doctors, and inpatient beds. The reformers call this principle the “money follows the patient.”

Secondly, the reform will introduce the position of a “family” doctor, whom the patient will have the right to choose himself. Currently, are entitled to receive free treatment only at the place of residence registration. The family doctor will constantly take care of the patient’s health, and receive a salary depending on the number of patients who have contracted with him. Therefore, he will have incentives to ensure that his patients are healthy and satisfied. Satisfied patients will continue the contract with him. Currently, people consult a family doctor in about 80% of all cases of applying to medical institutions.

Thirdly, the state will clearly define the limits of what it will be paying for. Family doctor services, palliative care, and emergency medical care will be 100% funded by the state. Besides, the state will provide patients with free medicines for cardiovascular and bronchial diseases (asthma), as well as for type 2 diabetes. Moreover, childbirth, rare and oncological diseases will also be funded from the budget.

However, the state will not be able to take upon itself a number of medical services. In such cases, there will be a system of copayments, for example, through the insurance system or through the tariffs approved and controlled by the state. Some services, e.g. aesthetic medicine, will not be reimbursed.

Finally, Ukrainian doctors will be obliged to adhere to the international medical protocols. Currently, the protocols used by MOH are out-of-date. For example, uncomplicated community-acquired pneumonia is being treated in a hospital for 12 days. Whereas numerous drugs for 4 thousand UAH (130 EUR) are prescribed to the patient, the World Health Organization has tested and approved an outpatient treatment of this disease with amoxicillin and ibuprofen (if the patient has fever). That is, either the doctor visits the patient or the patient visits the doctor. The cost of these drugs does not exceed 160 UAH (5-6 EUR). Since April 28, 2017, MOH allowed doctors to use international treatment protocols in their everyday practice. There used to be more than 3,000 domestic treatment protocols in Ukraine. 85% of them were out-of-date and did not correspond to the modern medical achievements. The use of evidence-based medicine and the exclusion of a corrupt component can make treatment cheaper. Now doctors will not have to prescribe any particular drugs or examinations just because some medical officials make money off them.

Why does the reform evoke resistance?

The reform evokes serious resistance both from doctors and part of the deputies. Opponents of the reform believe that it will result in the disappearance of free health care declared in the Constitution. Reform criticism can be explained by the opponents’ interest in preserving the current status quo because the reform will redound on many players. It will redound on pharmaceutical companies that will not be able to sell doubtful medicines not included in the uniform treatment protocols, on health workers who are not ready to respond to new challenges or do not want to lose profits, on hospitals that use “gray” payment schemes, etc.

Who will win – a team of reformers in the Ministry of Healthcare or those who are comfortable with everything? The fate of the reform will be known in the coming weeks. In September, the Verkhovna Rada will put the laws to the vote that will lay the foundations of the new Ukrainian medicine.