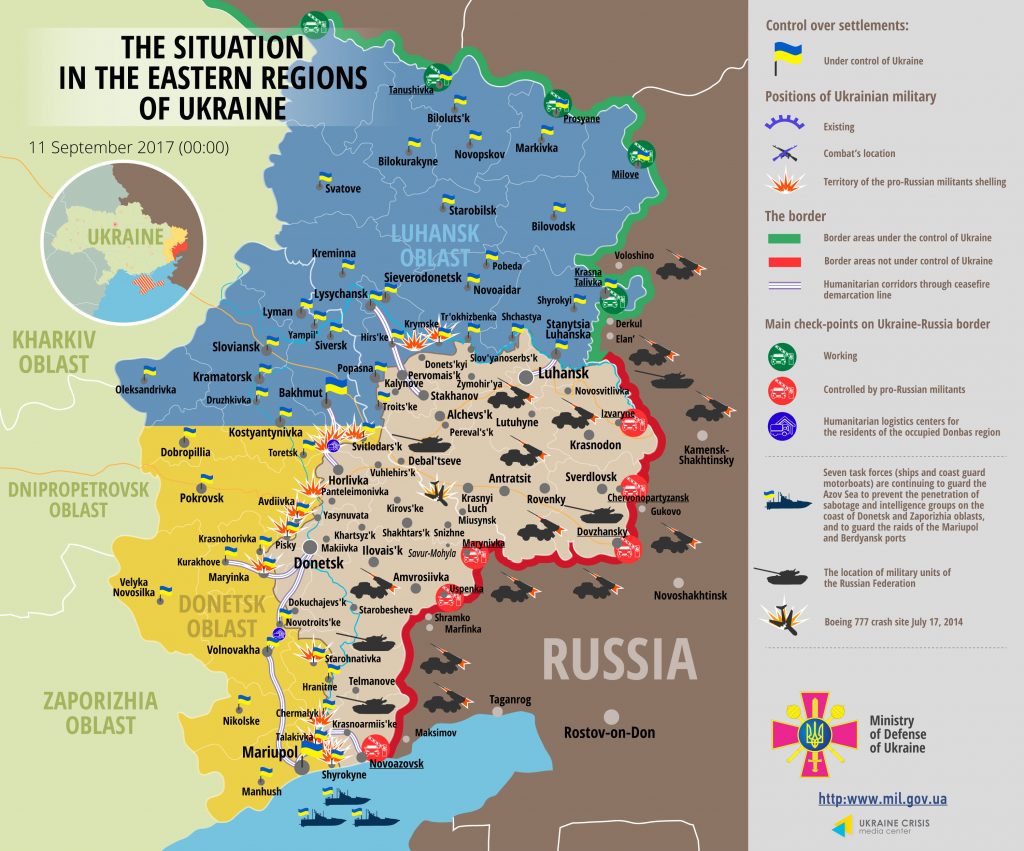 In Donetsk sector, hostilities continued near Zaitseve and Avdiivka since the start of the day till 20:00. Russia-backed militants used armor and light weapons.  “From 20:30 to 23:00 the enemy was shelling Novoluhanske with mortars and APC weapons. At the same time, militants were active in other frontline areas – in Maiorsk, Verkhniotoretske, and Pisky,” said Col. Lysenko. Ukrainian troops returned fire in seven cases.

The situation was restless along the entire frontline in Mariupol sector. Militants conducted lengthy attacks. Vodiane and Lebedynske were the main flashpoints with nine and four attacks correspondingly. Russian proxies used mortars in Lebedynske and Shyrokyne.  Moreover, militants violated the ceasefire in Maryinka and Volnovakha districts. Ukrainian troops had to return fire several times.

No Ukrainian serviceman was killed or wounded in action in the ATO zone yesterday.

Report on the military developments as of September 10 is available here. Interactive data on the shelling: chronology shelling chart and the interactive map.