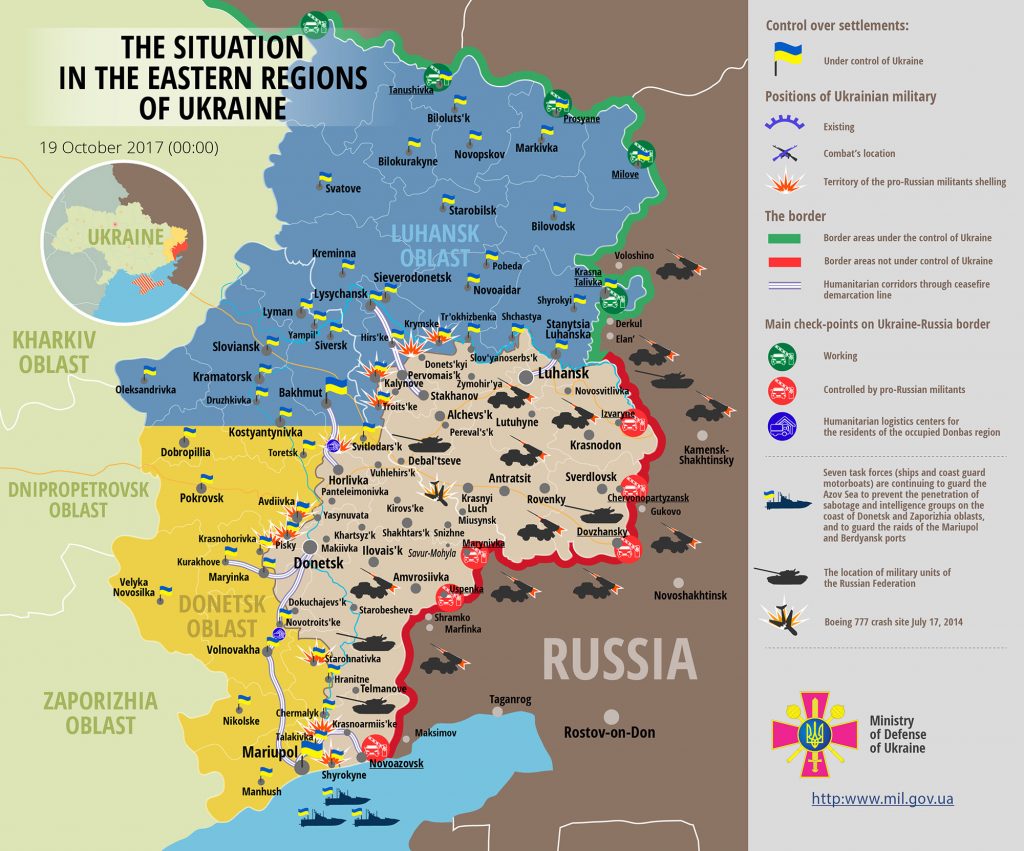 The fewest hostile attacks were recorded in Mariupol sector yesterday. “The enemy used 82-mm mortars near Hnutove first in the morning and then in the evening. Militants used 82-mm mortars during attacks.  Moreover, they attacked the outskirts of Starohnativka with small arms,” said the spokesman.

No Ukrainian serviceman was killed in action yesterday, but three were wounded as a result of hostilities.

Report on the military developments as of October 18 is available here. Interactive data on the shelling: chronology shelling chart and the interactive map.