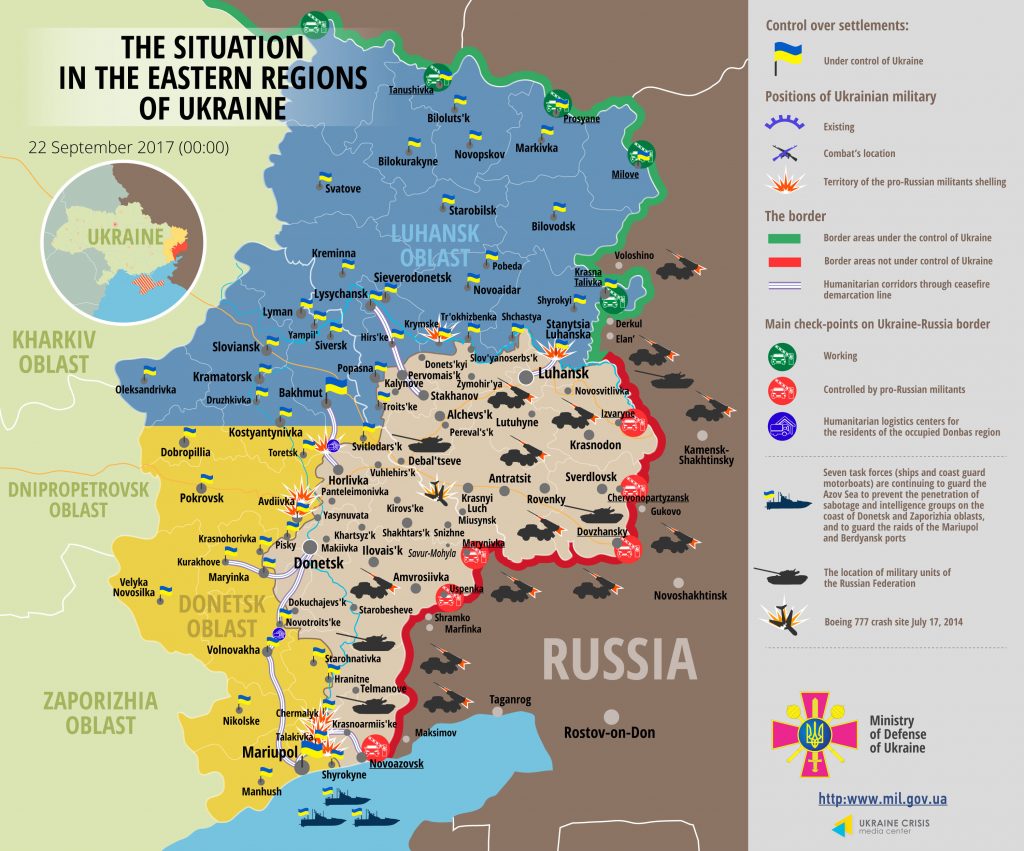 In Mariupol sector, militants violated the ceasefire in Pavlopil-Shyrokyne frontline.

According to the Ministry of Defense of Ukraine, a room at the camp of militants’ so-called “2nd brigade” caught on fire due to fire safety violation. This resulted in the detonation of explosives stored in unequipped place. “The enemy traditionally blamed it on a made-up attack of our troops,” emphasized Col. Lysenko.

Col. Lysenko also informed that 10 trucks carrying almost 190 tons of food proceeded through Novotroitske checkpoint to enter the uncontrolled territory. The aid was sent by the UN Food and Agriculture Organization and the Office of the UN High Commissioner for Refugees.

Report on the military developments as of September 21 is available here. Interactive data on the shelling: chronology shelling chart and the interactive map.