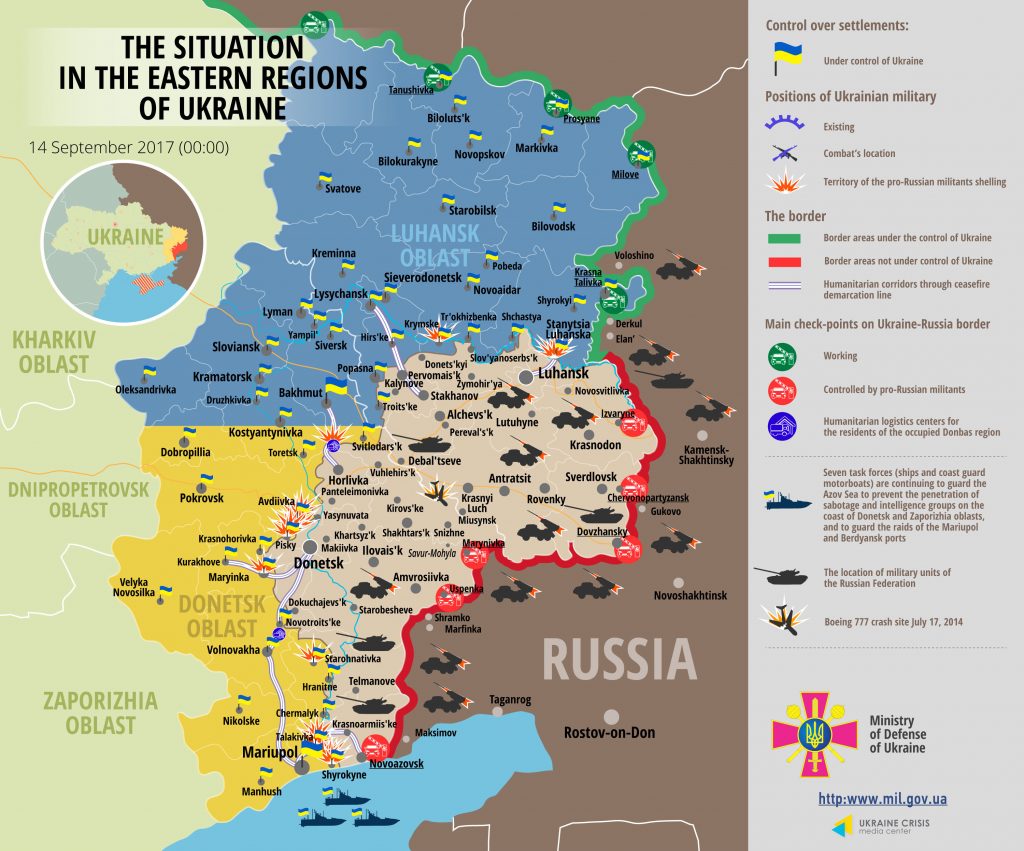 In Donetsk sector, Zaitseve and Avdiivka were the main flashpoints.  “Militants were active after 17:00 and used mostly small arms. In Avdiivka and Shakhta Butovka position Ukrainian troops had to return fire,” said Col. Motuzyanyk.

No Ukrainian serviceman was killed in action yesterday, but one soldier was wounded in a hostile attack in Avdiivka.

Report on the military developments as of September 13 is available here. Interactive data on the shelling: chronology shelling chart and the interactive map.