Ukrainian Armed Forces took one lethal casualty in ATO zone yesterday, but no soldiers were wounded. The incident took place at Bakhmut road – in Krymske and Novotoshkivske, informed Ukrainian Ministry of Defense spokesman on ATO- related issues Colonel Oleksandr Motyzyanyk at a press briefing at Ukraine Crisis Media Center. “The enemy violated the ceasefire at night only. Militants mostly used light weapons and fired several mortar rounds at our positions. In total, four hostile attacks took place, and Ukrainian troops responded with fire in each case,” he said. 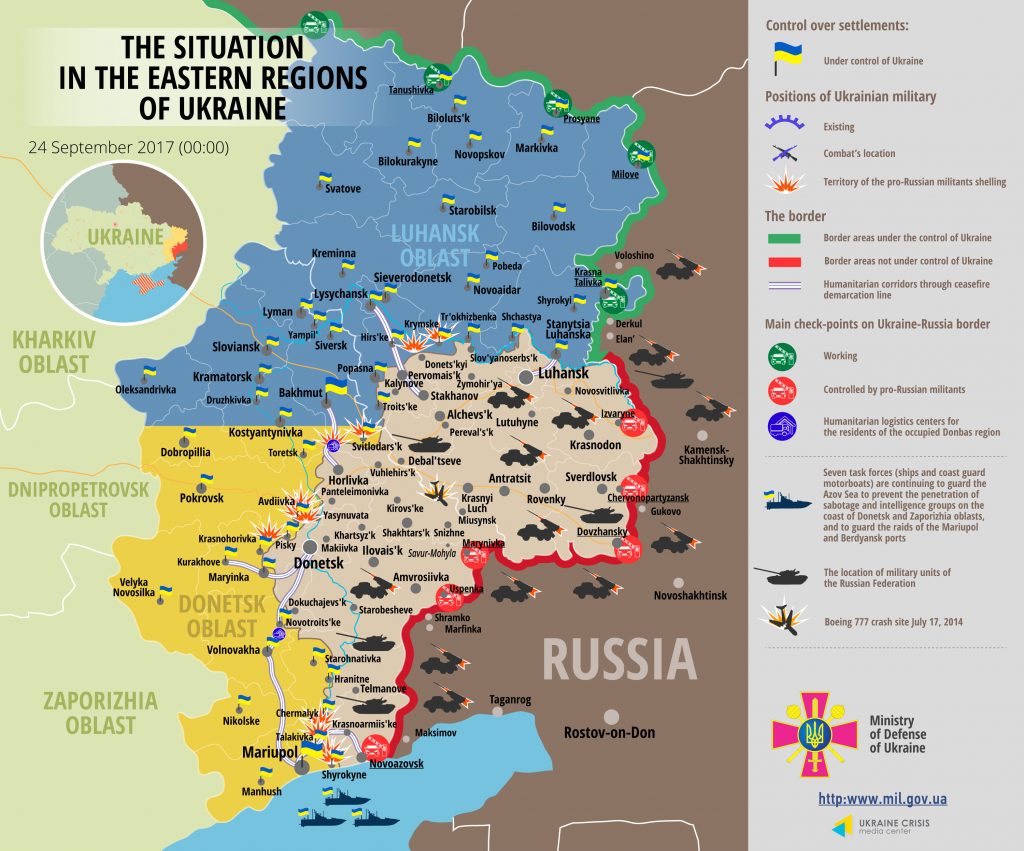 In Donetsk sector Avdiivka was the main flashpoint yesterday, but the situation was restless along the entire frontline. In total, militants violated the ceasefire 10 times, using heavy weapons once. Most attacks lasted at least 20 minutes.

According to the Ukrainian side of Joint Center for Control and Coordination (JCCC), residential quarters were damaged in recent days as a result of hostile shelling. “On September 22 an attack with grenade launchers and small arms damaged a roof of a residential building in Maiorsk. On the same day a house took fire in Hranitne as a result of incendiary munition hit. The house residents extinguished the fire,” said the spokesman.

Report on the military developments as of September 23 is available here. Interactive data on the shelling: chronology shelling chart and the interactive map.